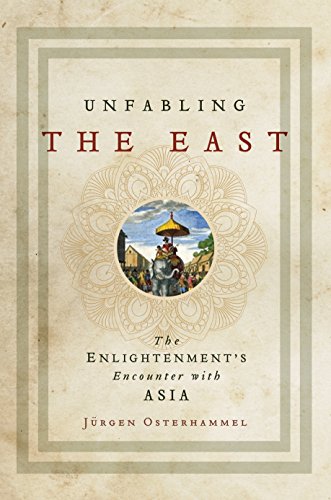 Unfabling the East: The Enlightenment's Encounter with Asia

Jurgen Osterhammel looks at European views and attitudes to Asia over the course of the long 18th century.

This is a very interesting book exploring attitudes to Asia over the course of the European Enlightenment.  Osterhammel makes clear that these views were very varied. And they were not always filtered through the distorting lens of an imperial project, or ideas of racial superiority.  Far from it.  Those more malign attitudes became much more prevalent during the 19th century.  Enlightenment attitudes were often much more, well, enlightened.