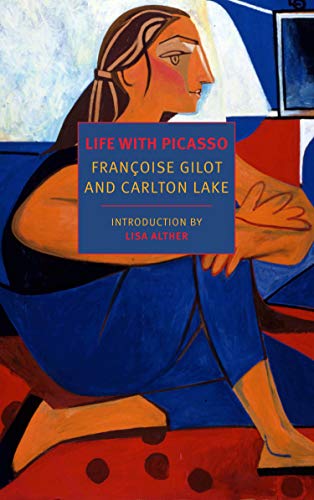 “A memoir of, as the title suggests, a life with Picasso, told in the most clear-eyed, emotionally sophisticated prose by Françoise Gilot, who met the artist when she was in her early twenties (he was 61). The book shows that far from a naïve, timid ingenue living in the shadow of an artist larger than life, Gilot’s tenacity and strong will was a match for Picasso’s—not to mention she was probably a good deal more mature and smarter (not to mention more benevolent) than him. A brilliant book not only on Picasso as a man and artist but also on his milieu, covering a lengthy period at the height of his fame. …………This book is a remarkably humane but damning diagnosis of a man and his faults, a testament to a great artist, an invaluable document providing a rare look behind the curtain at the fierce debates and relationships among artists in Picasso’s circle. “ Read more...

Picasso encourages us to consider seeing his art as a mirror of his incredibly prolific life. The Musée National Picasso in Paris alone contains 300 paintings and 300 sculptures out from a total of 5000 works donated to the French State. He produced close to 50,000 works throughout his life. In the Musée Picasso works are dated by the season or even by month, almost as though Picasso were creating a diary though his work. Contemporaries, patrons, peers and muses appear to us almost like biographical entries. And these personalities commend themselves to anyone seeking to understand his life. One particularly notable memoir is Francoise Gilot’s. It was a scandal and a sensation when first published in 1964 – Picasso and friends sued to prevent its publication. Of all Picasso’s wives and lovers, Gilot was the only one who left him. Her’s was a life lived on her own terms, and her book is a counterpoint to the machismo that pervades so much of Picasso’s life and work. ’There are only two types of women: goddesses and doormats’, he has said. This goddess got away.