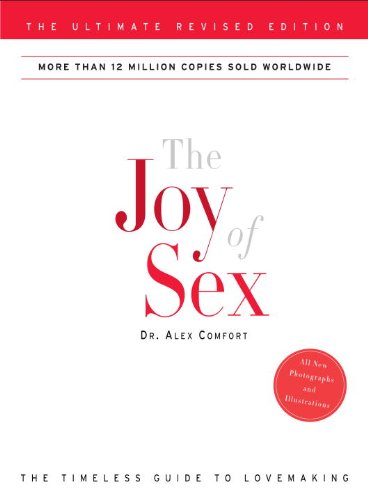 The Joy of Sex by Alex Comfort

“This was a seminal book. It not only reflected but created the sexual revolution. Even now, people who haven’t read it know what it’s about.” 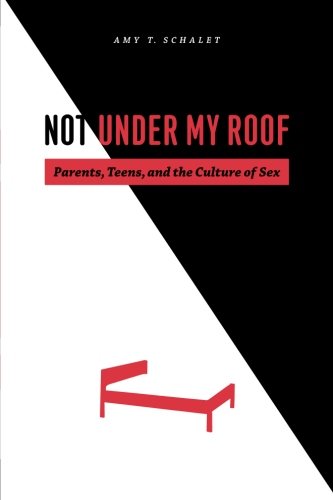 Not Under My Roof: Parents, Teens, and the Culture of Sex by Amy Schalet

“I love this book. Amy Schalet compares how Dutch and American families manage their teenagers’ emergence into sexual adulthood. ‘Not under my roof’ is the parental refrain we hear in America when people talk about teens having sex. ‘Not under my roof’ is a denial of young people’s sexual citizenship. It means on a park bench or in a car instead.”

Our interviews on sex and sexuality cover everything from sex education to sperm. Relationship coach and agony aunt Susan Quilliam chooses her best books on sex, including the 1972 The Joy of Sex by Alex Comfort and Come As You Are: The Surprising New Science That Will Transform Your Sex Life by Emily Nagoski. The Joy of Sex, she argues, is a classic, but suffers from the limitations of its time, including “a lot on the man as the active person”.  Quilliam’s new edition of the book has changed all this and removed the regular references to group sex and the suggestion of having sex on a moving motorbike. Nagoski’s book, Quilliam argues, needs no editing, and is “one of the best books ever written . . . for guiding women in particular through the minefield of their sexuality in today’s world.”

Eric Berkowitz—journalist, author and lawyer and author of Sex and Punishment: 4,000 years of Judging Desire—talks about sex and society.  He chooses works of literature, including The Picture of Dorian Gray by Oscar Wilde and To Kill a Mockingbird by Harper Lee as well as history (Roman Sexualities, edited by Judith P Hallett and Marilyn B Skinner).  His own book ends at the end of the 19th century, because if he’d continued, he argued, the last chapter “would have been 450 pages long”.  Faramerz Dabhoiwala looks at the 18th century sexual revolution.  He chooses, amongst others, Clarissa by Samuel Richardson and Letters to the Women of England by Mary Robinson, arguing these books illustrate the nature of that revolution and the extent to which women were relatively disadvantaged by it.

Jonathan Zimmerman, Professor of Education and History at New York University explores the minefield of sex education and argues that any attempt to find a value-free way of teaching the subject “is a fool’s errand”.  Kate Figes talks about sex and marriage; she also chooses Comfort's The Joy of Sex. Her other choices include Married Love by Marie Stopes and Anna Karenina by Leo Tolstoy. Evan Zimroth, the poet and novelist, chooses her best books on adultery. Fittingly, she breaks our rules and chooses six books.

Edmund White chooses his best works of gay fiction, including titles by Jean Genet, Christopher Isherwood, Alan Hollinghurst and E M Forster. Finally, to sex and sexuality in the animal kingdom as a whole: Tim Birkhead talks about sperm, how testes size among primates correlates very closely with promiscuity in a given species and how hens can reject the sperm of inferior cockerels, amongst other fascinating insights. Humans, he tells us, “are at the lower end of the [primate] scale, we’re not as exciting as chimpanzees [every male in the troupe copulates with every female every day], but not as dull as gorillas [silverbacks have no competition and so don’t need much sperm].”

The best books on Queer History, recommended by Benno Gammerl

The best books on Queer History, recommended by Benno Gammerl

Queer history is not simply about exploring the historical incidence of non-heteronormative sexual desire and experience. It is also a way of looking at the past and of placing gender and sexuality at the heart of historical change. Here, Benno Gammerl, professor of Gender and Sexuality at the European University Institute, explains.

The best books on Sex and Teenagers, recommended by Jennifer Hirsch

The best books on Sex and Teenagers, recommended by Jennifer Hirsch

We have a responsibility to educate our teenagers about sex and intimacy, says Jennifer Hirsch—Professor of Sociomedical Sciences at Columbia University and the co-author of a new book on campus sexual assault. Here she recommends five books that offer parents and teens guidance on how to approach an often fraught topic.

Queer readers have had to transpose themselves into heteronormative stories for most of their lives, says the comedian and writer Rosie Wilby. That’s one of the reasons why straight, cis- readers should make time to read books from the lesbian, gay, bisexual, trans, queer and intersex community. Here she highlights five landmark books by LGBTQI writers that everyone should read.

The best books on Dating, recommended by Mia Levitin

The best books on Dating, recommended by Mia Levitin

“Love,” wrote Ovid, “is no assignment for cowards.” Cultural critic Mia Levitin talks us through the history of seduction from the Classical era, through ballroom dancing, calling cards and into the present age of swiping on our mobile phones. Here she recommends five of the best books for those braving the modern dating scene.

The best books on Sex, recommended by Susan Quilliam

The best books on Sex, recommended by Susan Quilliam

Sex: it’s all around us, but many of us still have questions. Relationship coach and author Susan Quilliam, who updated the 1970s classic, The Joy of Sex, talks us through the best sex guides and also some of the groundbreaking books that broke taboos and paved the way to more open-minded sexual attitudes.

The best books on Sex Education, recommended by Jonathan Zimmerman

The best books on Sex Education, recommended by Jonathan Zimmerman

A one-size-fits-all approach to sex education cannot function in a globalised world, says professor of education and history, Jonathan Zimmerman. He picks the best books on sex education.

The best books on Sex and Society, recommended by Eric Berkowitz

The best books on Sex and Society, recommended by Eric Berkowitz

For thousands of years, human societies have tried to regulate sexual activity. The author of Sex and Punishment tells us why this should be so, and how what’s permissible has varied according to time and place.

The best books on The 18th Century Sexual Revolution, recommended by Faramerz Dabhoiwala

The best books on The 18th Century Sexual Revolution, recommended by Faramerz Dabhoiwala

The roots of our (generally) open attitude to sex lie not in the sixties but the 1760s, says the historian and author of The Origins of Sex, who explores this earlier sexual revolution through its literature.

The author, critic and creative writing professor tells us about the battle to establish gay fiction. He recommends five novels where beautiful writing and gay themes come together.

The best books on Sperm, recommended by Tim Birkhead

The best books on Sperm, recommended by Tim Birkhead

Professor Tim Birkhead is one of the pioneers of spermatology. He explains how promiscuous females can be selective about sperm, even after multiple inseminations

The best books on Sex and Marriage, recommended by Kate Figes

The best books on Sex and Marriage, recommended by Kate Figes

Research shows that middle-aged sex is the best of people’s lives, says journalist and author Kate Figes. She picks the best books on sex and marriage.

The best books on Adultery, recommended by Evan Zimroth

The best books on Adultery, recommended by Evan Zimroth