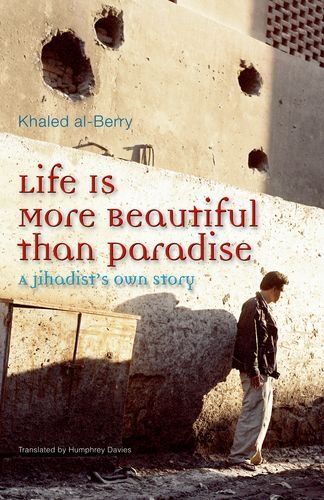 Life Is More Beautiful than Paradise

This is a very interesting counterdose to On Being Abbas El Abd. It’s the autobiography of a young man who grew up in a city in Upper Egypt. His parent are middle class and he drifts into joining one of the most important Islamist groups, the Jama’a Islamiya. Then, a few years later, he drifts out again, as he becomes acquainted with, and attracted to, a humanistic, secular world view. But he explores, from the inside, many of the issues that we in the West never get to grips with about the Islamist movement: the sorts of things that really matter to them, the sorts of debates that they have.