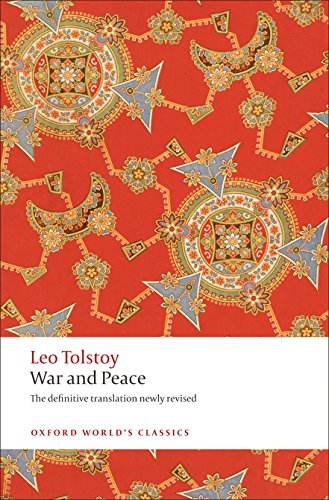 War and Peace by Leo Tolstoy is regarded by many as one of the greatest novels ever written. In our interviews, philosophers, historians and novelists have recommended it as critical reading for understanding a variety of subjects. Like many great books, it was greeted with some scepticism on publication.

Which translation of War and Peace should I read?

by Rosamund Bartlett, translator and author of Tolstoy: A Russian Life.

As with most of the Russian classics, there are several translations of Tolstoy’s immortal War and Peace for the anglophone reader to choose from. In fact, about a dozen translations have appeared since the novel’s first complete publication in Russian in 1869, but only a handful stand out. Two respected new translations made War and Peace widely available in paperback in the second half of the twentieth century, one by the British translator Rosemary Edmonds for Penguin Classics in 1957, and the other by the American Ann Dunnigan for Signet Classics in 1968. Neither, however, eclipsed the celebrated versions produced by Constance Garnett, and by the husband and wife team of Louise and Aylmer Maude, published earlier in the century. To a certain extent, this is also true of the two most recent translations, both of which aim for a more accurate rendition of Tolstoy’s singular literary style. The new Penguin Classics edition by Anthony Briggs, published in 2005, breathes new life into War and Peace, but not all have warmed to its contemporary colloquialisms and British idioms. The vivid translation by Richard Pevear and Larissa Volokhonsky, published by Vintage Classics in 2007, is even more faithful to Tolstoy’s idiosyncracies, but the resulting English prose can be highly un-idiomatic and thus somehow falls short of the majesty of the original.

There are many reasons why the translations by Constance Garnett and the Maudes have stood the test of time, and are now regarded as classics in their own right. Garnett, who published her translation in 1904, worked while Tolstoy was still alive, and even went to Russia to meet the author at his home. She brought an admirable educated and literary sensibility to her translations, but was largely self-taught, and worked without the arsenal of dictionaries and resources available in abundance today, not to mention the benefit of hindsight. Her translation of War and Peace is ultimately a little too Edwardian, and lacks precision. The Maudes both spent long years living in Moscow and spoke flawless Russian. Although neither came from a literary background, they knew Tolstoy well, and received his seal of approval as translators of his work. Knowing Tolstoy’s propensity to make changes to his texts even after they had been published, the Maudes took care to work with the most accurate version of War and Peace. The extensive passages in French in War and Peace, for example, were all summarily translated into Russian for the third edition, published in the 1870s, and corrections were made for its fifth edition. The Maudes’ very readable translation, first published in 1922, and later included in their 21-volume centenary Tolstoy edition, published by Oxford University Press between 1928 and 1937, justifiably became the benchmark, but their Anglicization of all the Russian names in the novel, and the decision to follow Tolstoy’s lead by rendering all the French passages into English detracted from its appeal.

With the publication by Oxford World’s Classics in 2010 of a carefully revised edition of the Maude translation, it is now possible to recommend it unequivocally. As well as re-inserting all the Russian names, the distinguished American Tolstoy scholar Amy Mandelker has restored the French passages of Tolstoy’s original text, updated outmoded expressions with sensitivity, and removed minor editorial interventions and errors introduced by the Maudes. Most of the current English editions of War and Peace include helpful notes, maps, and a glossary of fictional and historical characters, and this version is no exception. As well as an Introduction, Amy Mandelker has contributed a chronology, bibliography, and a brief commentary on the text and translation. A bonus is that the new paperback edition, which is printed on high-quality paper, is a joy to handle, and sports a highly attractive cover design which seems peculiarly apt for Tolstoy’s masterpiece.

Ultimately, the choice of translation is a matter of personal taste, best determined by a patient comparison of different versions, but those readers who cannot afford the luxury of such an exercise can safely be encouraged to trust the claim made by Oxford World’s Classics that its revised Maude version is “definitive” – at least for the forseeable future.

“Tolstoy famously said of War and Peace that it wasn’t even a novel. In a sense, it’s a total history of that epoch in Russia in a fictional form…It’s very interesting what happens with the novel linguistically. There’s been a study of the French words in the novel, because there are a large number, and they feature particularly in the early phases of the novel. Towards the end, the novel becomes more Russian in its literary and vernacular style, in its lexicon and syntax. In a sense, the Russian language is the true character of the novel. The growing Russianness of the language is the epiphany, that moment of self-discovery, that the Russian aristocracy goes through at that time.” Read more...

“War and Peace was ground-breaking in its age, because up until then, war had always been something that was glorified; he looked at war through the psychology of the people experiencing it, and the way they expressed that experience in their lives. That was a profound breakthrough. For instance, he shows people suffering from post-traumatic stress.” Read more...

The best books on Peace

“In my view, this is the greatest novel ever written. It’s just so rich. I’ve read it, I think, four or five times.” Read more...

Five of the Best European Classics

“Classics of literature often seem intimidating, especially when they’re long. What’s interesting about them is that often they’re very easy reads, especially once you adjust to the language, which normally takes a few chapters. For me, War and Peace was, literally, a beach read. I read it on holiday the year I turned 19. I spent the days on the beach clutching it in the sand. At night, I stayed awake in the hut where we were staying to find out what happened next by the light of a small lamp, long after everyone else had gone to sleep and trying my best not to disturb anyone.” Read more...

The Best Long Books To Read in Lockdown

“One of the key questions that Tolstoy asks in the appendix is the central question of War and Peace: how can we explain the fact that, on orders, millions of people go out and kill one another, when they know that killing another human being is morally wrong?” Read more...

The best books on War

“Tolstoy does something which is very unusual in War and Peace and which, for his time, was pretty profound: he sees the conditions of the ordinary soldier on the battlefield.” Read more...

“Tolstoy didn’t fight in the Napoleonic wars, but he did fight in the Crimean war, so he drew on his experiences in that when he wrote War and Peace.” Read more...

“As a middle aged man, I react differently to Tolstoy than I did when I first read War and Peace at about 15.” Read more...

Niall Ferguson on His Intellectual Influences

“The reason I chose War and Peace is because it is the greatest novel of all time and I still think it is even after reading it five times….As a novelist, when you begin to write in this era it is like the elephant in the room, especially if you love it as much as I do. Tolstoy isn’t just the great chronicler of what it felt like to be under fire, he also has the ability to make us feel the emotion of his characters with a single word or gesture.” Read more...

The best books on Why Russia isn’t a Democracy

“Although it was published in 1869, War and Peace deals with events half a century earlier. This makes it one of the first historical novels – and, all these years later, it’s still the greatest.” Read more...

“One doesn’t have to invent the bicycle, there is one: it’s War and Peace. It’s about how Russia won the Napoleonic wars, and moved into the first row of nations who dealt with European history. It’s set during the peak of Russian culture, the age of Pushkin, who created the modern Russian language. It’s the peak…The only thing I would recommend to modern readers is to skip all those parts – which are completely separate from the other parts of the book – where Tolstoy is philosophising about the role of the individual in history. It’s maybe 15 per cent of the book, in separate chapters, and I would definitely recommend to skip those because they are not interesting today.” Read more...

The best books on Pre-Revolutionary Russia

“People who ought to hate me because of their quasi-religious views which I demolish, love me for those trifling things like War and Peace, etc., which seem to them very important.”

“What is War and Peace? It is not a novel, even less is it a poem, and still less an historical chronicle.”

Leo Tolstoy, writing in Russky Arkhiv, 1868, quoted in the Norton Critical Edition of War and Peace

“I must admit that this novel strikes me as being positively bad, boring, and unsuccessful….And how cold and dry all this is—how one feels the author’s lack of imagination and naïveté—how wearisomely a memory of the fleeting, the incidental, the unnecessary works on the reader.”

“The contradictions in Tolstoy’s works, views, teachings and school are glaring indeed.”

“Tolstoy was 35, recently married, and the father of a newborn baby when he began War and Peace in 1863.”

Other books by Leo Tolstoy 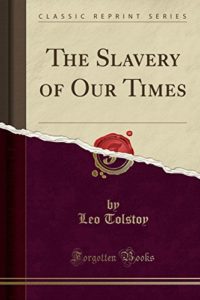 The Slavery of Our Times
by Leo Tolstoy 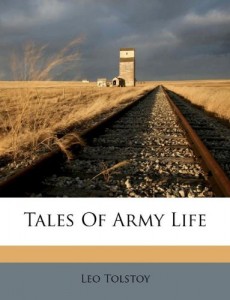 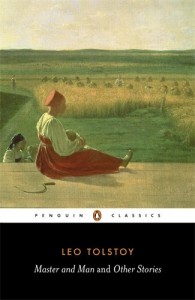 Master and Man and Other Stories
by Leo Tolstoy 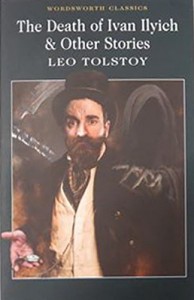 The Death of Ivan Ilych
by Leo Tolstoy 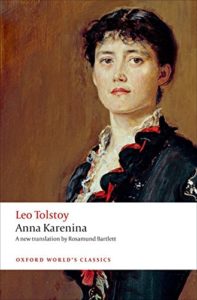 Anna Karenina
by Leo Tolstoy and translated by Rosamund Bartlett