The audiobook of Emily Wilson’s new translation of the Odyssey is performed by the American actress Claire Danes (listening time: 13.5 hours).

Emily Wilson’s new translation of The Odyssey is a marvel. By all accounts, this poem of Odysseus’ circuitous return home after the Trojan War is a foundational work of western literature. But my previous attempts to enjoy translations of Homer were fruitless. They seemed florid and self-consciously decorative. The whole experience felt tiresome. Like the sleeping Odysseus when his men open Aeolus’ bag of winds, I often found myself returning back to where I started.

By refreshing contrast, Wilson’s translation is crisp and streamlined. The careful attention to rhythm gives the whole text a living and gripping pulse. Avoiding the stodgy residue of former translations, she makes the mythic world feel deeply contemporary. While this is a narrative with gods and Cyclopes, it is also one of jealousy and insecurity, of pride, and of loyalty. It is a poem where people get “dizzy / under the influence of wine, which makes / even the wisest people… say things best not spoken.” It is one where a spurned goddess can take solace that “my body is / better than hers. I am taller too”. It is telling that the pettiness of the gods feels more familiar than the human ethics of hospitality to strangers in need.

But even with this immediacy, we are not shortchanged of the poem’s beauty. One need only look to how she captures Calypso’s luscious island: with its “scented cypress”, “verdant vines”, and “springs spurt[ing] with sparkling water”.

Wilson gives us a rendering of Homer’s epic that is sensitive and compassionate. It doesn’t shy away from the moral ambiguities in the work, whilst refusing to moralise. It is deeply human and thrillingly readable. 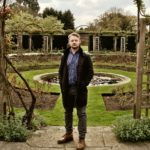 “I still have an image of Odysseus in my head from when I was a child – he’s very Anglo-Saxon and stubbly, a bit like Michael Fassbender” Read more...

Max Porter on the Books That Shaped Him

“These stories enable us to rehearse bad situations without actually having to be in danger.” Read more...

The Best Philosophy Books for Children

“Odysseus is the great hero of prudence in all of our literature.” Read more...

The best books on Living Prudently

“It’s a very easy read, and a completely different world from The Iliad. Whereas The Iliad depicts a militaristic and war-wrecked world, The Odyssey is like a fairytale and it’s fascinatingly complex. It’s told in flashbacks, it has time that’s extended and time that’s compressed, and it’s told from different viewpoints.” Read more...

The Greats of Classical Literature

“The thing I loved about Ulysses was that he’s so in love with adventure and with love.” Read more...

The best books on Love

Other books by Emily Wilson and Homer 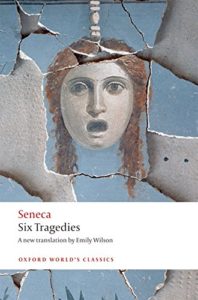 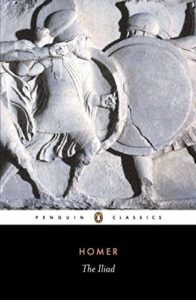 The Iliad
by Homer