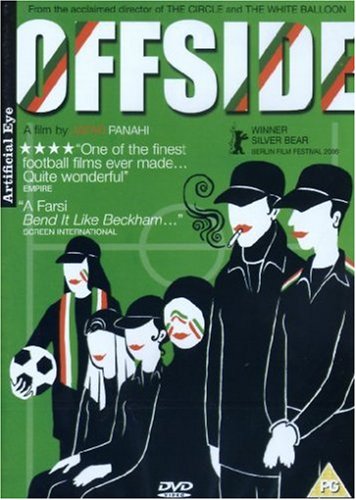 Like a lot of Panahi’s films, the idea is for the action to transpire in real time. It starts with women who have disguised themselves as boys, and are trying to infiltrate the crowd. He managed to get permission from Iranian authorities to film at the stadium at an actual World Cup qualifying match, so it has a very realistic feel about it. Also, the actors he uses aren’t really actors – he tries to get real people to sneak into the stadium and then he films that. So they are rounded up by security authorities and penned in outside the arena at the match. The venue is Azadi Stadium in Tehran and it seats 100,000 or more, and you hear the crowd noise as they have this ongoing debate with their jailers, who are just doing their national service and really don’t care one way or another about Islamic law.