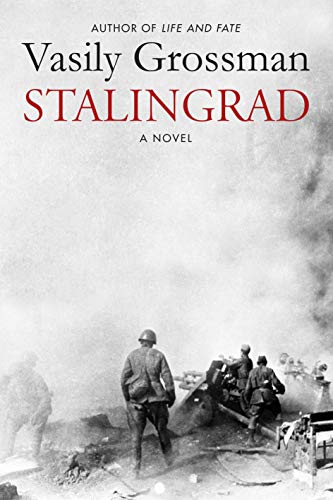 Vasily Grossman's masterpiece Life and Fate is one of our most recommended books, especially popular with historians. It remained unpublished at the time of his death in 1964, but went on to attract enormous acclaim—and has been described more than once as "the War and Peace of the 20th century." Stalingrad is its precursor. Initially published in the 1950s under the Russian title 'For a Just Cause', it has now been translated for the first time into English by Elizabeth and Robert Chandler, as well as being significantly reworked to reinsert text from earlier manuscripts that were censored during the Soviet era.

Stalingrad
by Vasily Grossman, translated by Robert and Elizabeth Chandler