Life and Fate, the masterpiece by Soviet writer Vasily Grossman, is one of our most recommended books (including in history book  interviews—even though it’s a novel). Modeled on Tolstoy’s War and Peace, Grossman brought into it his experience as a journalist, accompanying the Red Army at major battles, including Stalingrad and Berlin. He was also among the first to enter Treblinka and witness firsthand the horrors of the Holocaust. Sadly for Grossman, the book was considered too harmful to be published in his lifetime.

If you want to listen to Life and Fate as an audiobook, there’s no unabridged version, BUT there is a dramatised version, starring Kenneth Branagh and David Tennant, that lasts a manageable 8 hours.

“Life and Fate…is probably the most important work of fiction about World War II. But, in fact, it is more than just a fiction because it is based on very close reporting from his time with the soldiers. It is a deliberate act of literary homage to Tolstoy as one can see in the title. It is definitely the War and Peace of the 20th century.” Read more...

“It’s the first novel to come out of the 1940s and 50s that attempts a comparative indictment of Hitlerism and Stalinism, the two varieties of totalitarianism that Grossman knew too well.” Read more...

“An amazing and terrifying account, not simply of the battles, but of the armies fighting them.” Read more...

The best books on War

“This is a wonderful, rich, melancholic, hopeful book. It’s a bit like Like A Tear in the Ocean: it embeds a piece of history in a well-crafted work of fiction and its characters represent the cornerstones of the period.” Read more...

The best books on The European Civil War

“It is about the strange interval of freedom during the Second World War in which the Soviet regime had to trust its people because it couldn’t compel their loyalty.” Read more...

“The current situation is senseless. I am physically free, but the book to which I have dedicated my life is in jail—but it is I who wrote it, and I have not repudiated and am not repudiating it.… I continue to believe that I have written the truth and that I wrote it loving, empathizing with, and believing in the people. I ask for freedom for my book.”

“Tolstoy’s novel was the only book Grossman read during the war, and he read it twice; War and Peace hangs over Grossman’s book as a template and a lodestar, and the measure of Grossman’s achievement is that a comparison between the two books is not grotesque.”

“The KGB immediately destroyed all copies of what Grossman called Life and Fate (Zhizn’ i sud’ba) except for two hidden by his friends, and he died in 1964 without ever seeing his work published.”

Other books by Robert Chandler and Vasily Grossman 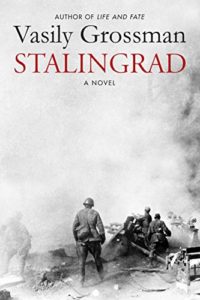 Stalingrad
by Vasily Grossman, translated by Robert and Elizabeth Chandler 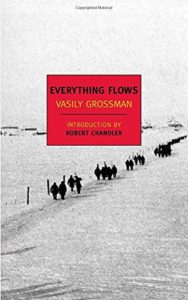 Everything Flows
by Vasily Grossman 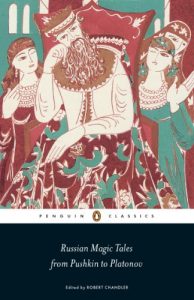 The Road
by Vasily Grossman 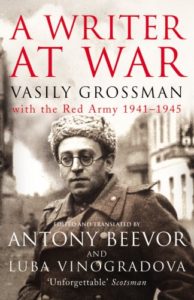