The best books on Pakistan

How would you describe the situation in Pakistan at the moment?

Pakistan today is facing a severe crisis. The very future of Pakistan that was envisioned by its founders, especially Muhammad Ali Jinnah, was of a democratic state, moderate in its outlook, relatively secular, and this is under attack in a way it never has been in its history. And the fate of this battle for the soul of Pakistan has tremendous implications for the whole world. Pakistan has the world’s fastest growing nuclear arsenal today. It has more terrorists per square kilometre than any other country in the world. It is the second largest Muslim country in the world and in 15 years it will be the largest Muslim country in the world. On virtually every issue that matters to people in America, the UK and Europe, from nuclear war to terrorism, the future of democracy and Islamic extremism, Pakistan is the future of all those things. And it is a uniquely combustible mix of them that makes Pakistan so important today. 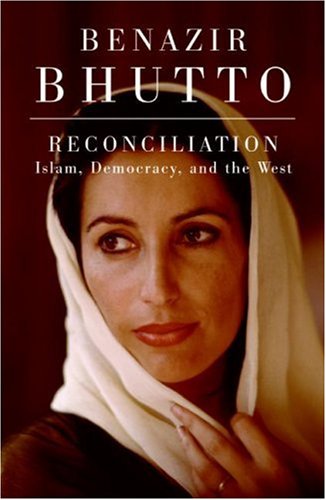 So we really should be taking note of what is going on and trying to understand the country better. I hope we will get more of an overview with your five books. Your first choice is Reconciliation: Islam, Democracy and the West by Benazir Bhutto, the transcript of which was finished just before her assassination.

Yes, I think this is a really remarkable book. It is a mix of several things. It is her second autobiography. She wrote one when she was much younger, Daughter of the East, and this one kind of finishes the story of her life – unfortunately it literally finishes the story of her life. But in addition to being an autobiography, it is also a manifesto. And it is a manifesto of those who believe that Islam is a religion of moderation and of modernity. She tries in this book, and I think succeeds brilliantly, to demolish the argument of those Muslim extremists and fundamentalists who say women are inherently second class in the Islamic world and that jihad is the only answer to the struggle between Islam and the West.

Did you meet her?

I had the privilege of meeting her several times and talking to her. I found her to be the person who probably gave me more insights into the nature of modern Pakistani politics and history than any other person I met.

But she is nevertheless a controversial figure.

Well, like any politician she comes with a complete package of flaws as well as stars. She had her flaws like any other politician, there is no doubt. 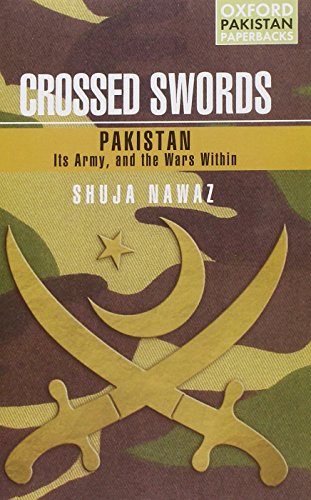 Your next book is Shuja Nawaz’s Crossed Swords: Pakistan, Its Army and the Wars Within, which looks at the role of Pakistan’s army and its relationship with the United States.

Shuja Nawaz’s book is a monumental study of the Pakistani army and its politics, and, since Pakistan is a country in which the army has always had an unusually large role in determining the political and economic future of the country, it is absolutely critical to understanding modern Pakistan. Shuja comes from a family that is part of the establishment. He knows the army from the inside and is able to tell the story of its development and how it played an increasingly important role in the country’s politics.

At the same time, he maintains the objectivity you need to have. So this is not the army’s story of its role in Pakistan but really an objective study of their role in Pakistan and in politics.

And what does he think needs to happen with the army?

To sum it up, the army needs to stay in the barracks as a professional military force and stay out of politics. 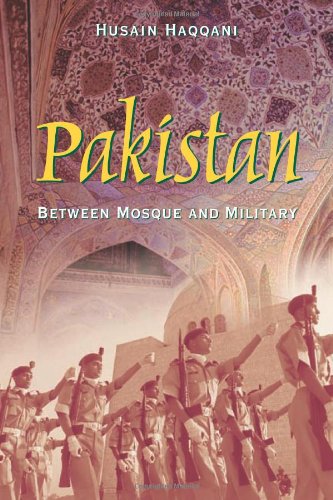 Pakistan Between Mosque and Military

In your recent book, Deadly Embrace, you also examine the US’s relationship with Pakistan. Obviously it is very complex but how would you describe it?

I would say that the United States has had a tempestuous relationship with Pakistan. There have been moments of great embrace between the two of us in the 50s and 60s when we built the secret U2 base there to fly over the Soviet Union. Also in the 1980s when we supported the mujahideen in the war against the Soviets in Afghanistan and then at the beginning of this century when the United States and Pakistan worked very closely against al Qaeda. These periods of great highs have also been interrupted by great lows when we have broken relations, we have sanctioned Pakistan and we have cut off arms exports at critical moments of their history.

So what would you like to see happen in the future, because some Pakistanis would argue that the US props Pakistan up artificially and that is not good for Pakistan?

Well, it is not good. I think we need to help Pakistan help itself. The first and most important part of that is helping to nurture Pakistani democracy and Pakistani civil institutions and civil society. In addition to the ups and downs of the US-Pakistan relationship, the one constancy is that we have supported every military dictator! It’s a remarkably bipartisan history. Republicans and Democrats alike have embraced every Pakistani man in uniform on horseback and supported them. One of the consequences of that is that we have helped to unbalance the civil-military relationship in Pakistan and strengthen the hand of military dictators, many of whom also worked to support the development of jihadist extremist groups in Pakistan. That is why I call it a Deadly Embrace. It hasn’t been good for either side. 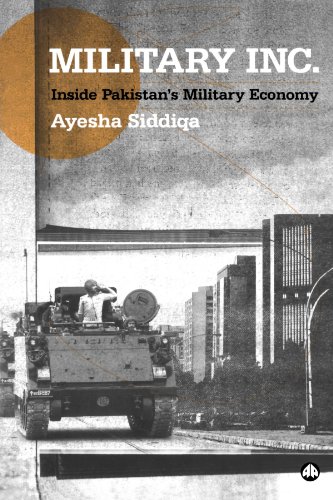 Let’s look at the relationship with some of those extremist groups and the military with Husain Haqqani’s book, Pakistan between Mosque and Military.

This is another remarkable book. Husain Haqqani is today Pakistan’s ambassador to the United States. In his book he tells of the no-holds-barred relationship between the army and the Islamic religious parties and institutions and civil society. And the picture he paints is of an army that has gradually taken over more and more control. It has built an intelligence service that has become deeper and deeper enmeshed in Pakistani life.

In some ways the book is now a bit of an embarrassment for Ambassador Haqqani because it is so blunt, and that is undiplomatic, but that is what makes it such a good book and such a useful insight into how Pakistan really works.

And how do you think that the military can be tamed, because they do seem to be a bit of a law unto themselves?

I think at the end of the day the way that the Pakistani military will be tamed and kept in the barracks is by changing the strategic orientation of the country. The only reason the military plays such a large role is because of the rivalry between Pakistan and India. There is this state of semi-war which has existed for 60 years. The big idea that needs to be promoted in Pakistan is trying to find peace with India, because peace – or at least a significant reduction in tensions – would take away much of the argument for the army getting a disproportionate share of the country’s wealth.

Pakistan seems to be becoming increasingly more radical in terms of religious groups. Why do you think that is the case?

I think you can trace it very clearly. The war against the Soviets in the 1980s and the dictatorship of Zia-ul-Haq was a transformative and critical moment in Pakistani history. Zia took a country which had many weaknesses but which was struggling to build a democracy and he put it firmly on the road towards a much more Islamist society. He also strengthened the hands of the Pakistani intelligence service and the hands of the religious parties. He was responsible for the blasphemy law which is at the heart of the current debate about the future of the country. 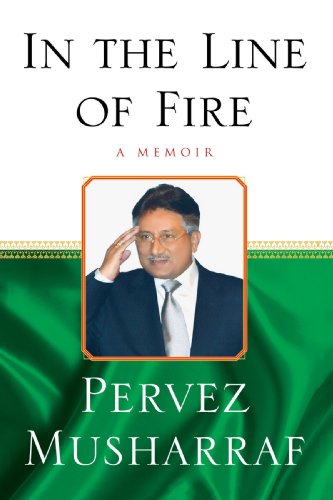 In the Line of Fire

Your next book also looks at the role of the army. Military Inc: Inside Pakistan’s Military Economy by Ayesha Siddiqa. What fresh insights does this book bring?

Ayesha Siddiqa is a Pakistani woman who has meticulously researched how the military has expanded from just being an army to being a state within a state, with control over, for example, the country’s largest highway construction company. The Pakistani army is today the largest single landowner in both urban and rural areas. It is quite a brave book for a Pakistani woman to write because she made a lot of enemies in the process of the research and publishing it.

Here I would link back to Benazir’s book and say it is also a signal that while Pakistan has many problems it also has a very vibrant civil society and a very vibrant and outspoken middle class, which is demanding that Pakistan look forward and not turn itself into a Islamic emirate of some kind. That is the hope in Pakistan. People like Ms Bhutto and Dr Siddiqa have the courage to take on the dark forces in Pakistan.

A former CIA officer, Bruce Riedel focuses on political transition, terrorism and conflict resolution. He was a senior advisor to four US presidents on Middle East and South Asian issues. At the request of President Obama he chaired an interagency review of policy toward Afghanistan and Pakistan for the White House that was completed in March 2009. His latest book, Deadly Embrace: Pakistan, America, and the Future of the Global Jihad, explores Pakistan’s difficult relationship with the US.

Asia Pakistan World
Save for later

A former CIA officer, Bruce Riedel focuses on political transition, terrorism and conflict resolution. He was a senior advisor to four US presidents on Middle East and South Asian issues. At the request of President Obama he chaired an interagency review of policy toward Afghanistan and Pakistan for the White House that was completed in March 2009. His latest book, Deadly Embrace: Pakistan, America, and the Future of the Global Jihad, explores Pakistan’s difficult relationship with the US. 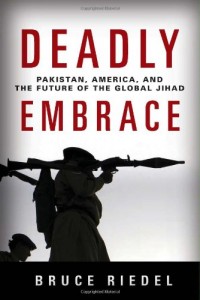 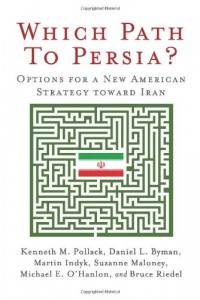 Which Path to Persia? Options for a New American Strategy Toward Iran
by Bruce Riedel 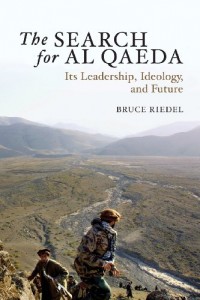 The Search for al Qaeda
by Bruce Riedel