The best books on The Crisis in Education

The sociology professor and blogger at spiked-online.com says when society is faced with problems like homophobia, healthy eating or integration, for example, then we try to 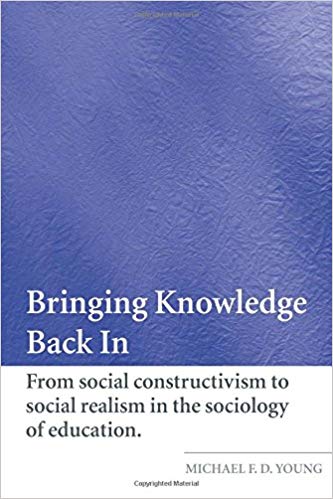 Bringing Knowledge Back In

In your book Wasted, you argue that there are problems with education today: what are they?

I think there are a number of problems with contemporary education. One of the main ones is the way we have undermined authority of subject-based knowledge. Increasingly, teachers are seen as mentors and facilitators, rather than as people who have authority based upon an understanding of their subject. Another problem is that we tend to think of education very pragmatically, as being something which has to be relevant. We think that in order to motivate children teachers need gimmicks of various kinds, such as ICT, PowerPoint or interactive whiteboards. We have become disenchanted with knowledge and intellect-based education.

Your first book, Bringing Knowledge Back In, argues something similar. Tell us about it.

Michael Young is considered one of the grandfathers of progressive education in the UK and he talks a lot about the anti-intellectual dumbed-down direction that education is moving in. In Bringing Knowledge Back In he makes a number of arguments for why education must be knowledge-based and confronts all the different attempts to devalue it. For example, he looks at the idea that children need knowledge which is relevant to their lives; a view which is the dominant prejudice in British educational theory. The idea is that unless lessons are relevant children will be switched off and bored. However, as Michael Young points out, any form of real education based upon intellectual ideas will by definition be irrelevant to their daily lives. The purpose of education is precisely to engage young peoples in issues which do not arise out of their immediate experience. 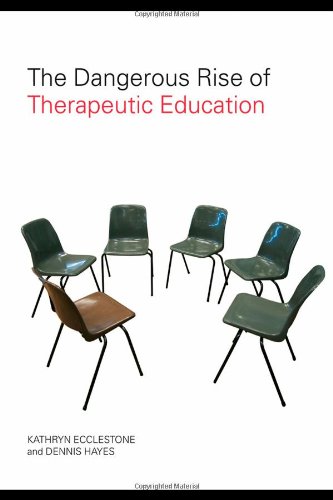 The Dangerous Rise of Therapeutic Education

by Kathryn Ecclestone and Dennis Hayes

Your next book, The Dangerous Rise of Therapeutic Education, highlights a different problem with contemporary education.

The Dangerous Rise of Therapeutic Education discusses the recent attempts, within the last five or ten years, to take a ‘therapeutic’ approach to education. This approach was born out of the whole self-esteem movement in the USA, which is based around trying to make people feel better about themselves. Ecclestone and Hayes argue that as this approach has been introduced, the way children feel has become more important than what they learn. This book brings to the surface the problems with this – for example, its potentially authoritarian implications. There is a big difference between a teacher telling me not to do something and a teacher telling me how to think. By teaching ‘positive emotions’, teachers are enabled to colonise your interior life. The authors are not saying that emotions are completely irrelevant (obviously emotions are a very important part of a child’s life) but there is a world of difference between emotional education and educating people so that they can deal with their own emotions.

The argument for a therapeutic approach to education is that schools in the past had been virtually oblivious to the wellbeing of children. Do you accept this argument?

There is a caricature of what education was like in the past. In previous centuries it’s true that society in general was fairly desensitised to human emotion. But I think for a very long time most teachers, especially good teachers, have been concerned about the wellbeing of the children they teach. In the past, however, the way that this was confronted was by trying to be sensitive to children’s needs, while at the same time teaching them. This was a way of increasing children’s confidence: the way to make a child feel better about themselves is not by telling them that they are special, or using some novel technique, but through the confidence they gain from understanding the world. 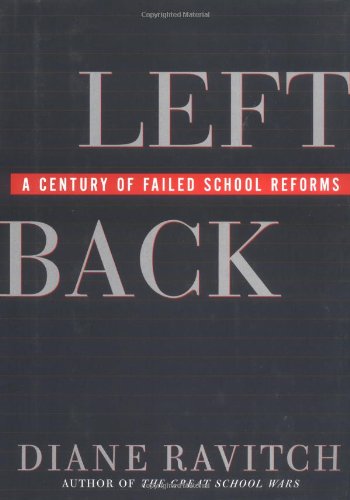 Your next book, Left Back: A Century of Failed School Reforms, is a case study of America specifically. Tell us about it.

What really comes across when you read Left Back, which is a history of American educational policy over the last hundred years, is that there has always been a certain amount of tension about what a school was for. The author Diane Ravitch finds that when we look at the American education system, one of the ideas that have grown increasingly popular is the view that school can be a place which solves the problems of society. If there is a problem on the streets with homophobia, healthy eating or integration, for example, then we try to solve it with anti-homophobic education, lessons on obesity, or discussion groups on tolerance. However, the more a school focuses on social policy the more they are distracted from what they are really there to do, which is to educate kids.

Is this a shift which has an educational theory to justify it? If so are you persuaded by it?

On the one hand the shift towards treating schools as an instrument of social policy makers is arbitrary rather than a development which has been actively pursued. If you look at the number of reforms to the British education system in the last 13 years, changes that often conflict and lack consistency, then it becomes clear that there is a kind of arbitrariness to educational policy. Policy makers of course try to justify their decisions, using ‘evidence’ to back them up. These arguments are weak because the trouble with ‘evidence-based policy’ is that it’s often not really based upon real empirical evidence at all. Rather, ‘evidence-based policy’ is based upon intuition, such as the intuition that if you talk a lot about sex in schools, this will reduce teenage pregnancy. Of course you could just as easily argue that if you talk a lot about sex in schools, then teenage pregnancy will increase! There is no real evidence for either one of those positions.

Freedom and Authority in Education

Your next book, Freedom and Authority in Education, is about the British education system this time.

Although I don’t agree with everything the author Bantock writes, I find his work very interesting. In Freedom and Authority, he makes an interesting attempt to link together issues to do with philosophy, pedagogy, politics and psychology, locating education in its wider cultural setting. What he’s really arguing in the book is that schools need to have a more purposeful intellectual mission. The book actually raises more questions than it answers, but it then helped me to go my own way, to think and come up with my own solutions to these problems.

The book is written in the 1970s, but is there really anything that contemporary policy makers could take from it that would be of use today?

In Freedom and Authority, Bantock looks at a lot of old debates that have occurred in the past, over the purpose of university, for example, or the pursuit of the truth. The past is important, not to give you a model for what to do in the present but because often the key debates of the moment have been had before, and things were said in these debates which might be relevant for today. If you look back 2000 years to Ancient Greece for example, Socrates raised the question: can virtue be taught? This is basically the question we are asking when we discuss whether we can teach a child how they should feel and relate to other people. Looking at the past can help us understand our own situation better. 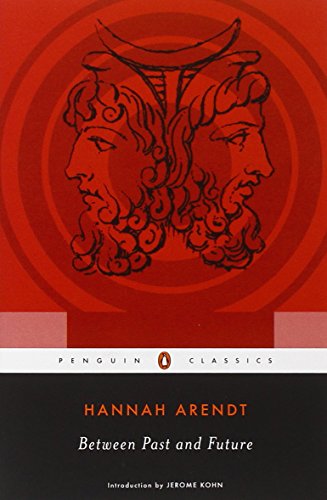 Between Past and Future

Speaking of the past, tell us about your last book, Hannah Arendt’s Between Past and Future.

This is my favourite book by far, and it the one which has influenced my own writing the most. It’s a compilation of essays written by Hannah Arendt, the most interesting of which is called ‘The Crisis in Education’. The essay is about how this is something which is endemic to modern life. She argues that education is affected by the difficulties society encounters in trying to strike a balance between the traditions of the past and the needs of the future. In education you continually come across the argument that the old is bad; we have an obsession with novelty. Almost every government policy document opens with the statement that ‘we live in a rapidly changing world’, and goes on to imply that everything we have done in the past is useless. This is a destabilising process, particularly for education. The result is that education ceases to have an intergenerational dynamic, where older generations communicate their insights with the young.

What then is the future of education?

This is a very difficult question. I do know, however, that I’m reasonably optimistic. I mix quite a lot with students at university where I teach, and I have a 14-year-old kid, and I constantly see that young people are just as clever, idealistic and open to new ideas as they always were. I think that the key thing in setting education on the right track is to get rid of all the gimmicks, to stop hiding behind interactive whiteboards and PowerPoint, and simply start talking to young people in a serious way.

Frank Furedi is Professor of Sociology at the University of Kent. He is a prolific writer on Western culture with a particular interest in the precautionary attitude Western societies have towards risk in the areas of terrorism, children and climate change, among others. He writes for spiked-online.com and contributes to public debate in all forms of media. His book, Wasted: Why Education Isn’t Educating, looks at the problems which arise when education is politicised. He believes in the importance of ‘knowledge-based education’ and setting education on the right track.

Education Politics & SocietySociology
Save for later

Frank Furedi is Professor of Sociology at the University of Kent. He is a prolific writer on Western culture with a particular interest in the precautionary attitude Western societies have towards risk in the areas of terrorism, children and climate change, among others. He writes for spiked-online.com and contributes to public debate in all forms of media. His book, Wasted: Why Education Isn’t Educating, looks at the problems which arise when education is politicised. He believes in the importance of ‘knowledge-based education’ and setting education on the right track. 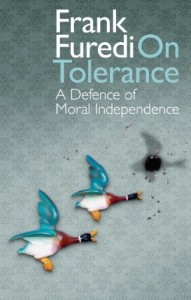 On Tolerance
by Frank Furedi 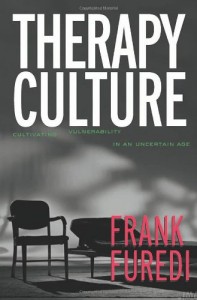 Politics of Fear
by Frank Furedi 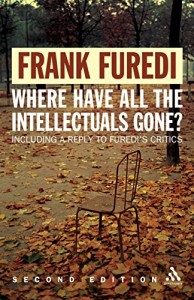 Where Have All the Intellectuals Gone?
by Frank Furedi 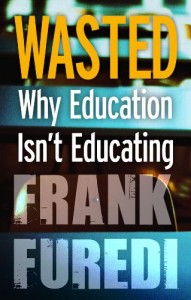