The best books on China in the World Economy 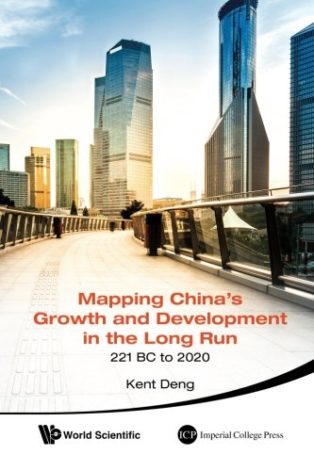 Professor Kent Deng says there are no grounds for Eurocentricism in explaining the world history of economic growth. Intensive growth of the modern type was first recorded in Song dynasty China 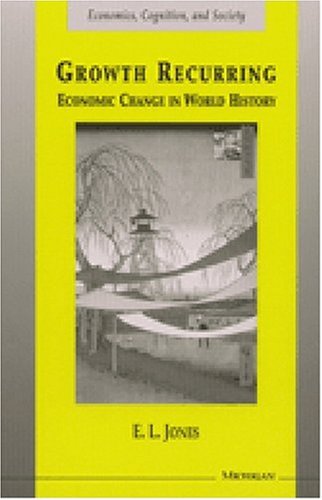 Can you tell me about your book choices?

My research interest is in comparative economic growth and development over the long term, from Christ to the present time. There have been two big puzzles in the research field that I have been involved in. The first issue is related to the British Industrial Revolution in the late 18th century in terms of why and how it ever occurred let alone overtook the world as a growth/development model. The second puzzle is related to Premodern China, a country which used to lead the world in so many areas – science, technology, output levels, living standards and governance, to name but a few. It never became industrialised until very recently.

My five books tackle these two puzzles from different angles. Also, they are easy to read without off-putting quantitative contents that are associated with economics.

Professor Eric L Jones is one of the leading scholars to tackle the aforementioned twin puzzles simultaneously. This book, first published in 1988, was a follow-up of his earlier book, The European Miracle. In this one, Professor Jones established two parallel worlds, one of Europe and the other of Asia. He argued that intensive growth of the modern type, i.e., growth with better technology and high per capita income, occurred in both worlds. The first recorded such growth was China under the Sung (Song) Period of the 10th to 13th centuries. Then there was a similar growth in Tokugawa Japan of the 17th to 19th centuries. These were the forerunners of the British Industrial Revolution.

This work was revolutionary in providing a powerful antithesis to the normative stereotype of European exceptionalism in growth and development. The conclusion was that there is no ground for Eurocentricism in explaining the world history of economic growth prior to the 19th century.

The best part of Jones’s book is his take on the universal growth type called ‘intensive growth’. It is a simple and elegant concept, easy to apply and measure. It is close to our common sense. One does not need any training in economics to understand it.

Professor Roy Bin Wong’s book went a step further from Growth Recurring by using China as a benchmark to measure Europe. The difference between Jones and Wong is that the former gave both China and Europe an equal emphasis while the latter leans heavily towards China. According to Professor Wong, Qing China (1644-1911) perfected all the key sectors in the economy, including flexible and efficient administration, effective proto-social welfare, high-yield agriculture, visible market freedom and so forth. He argued that the Qing system could have continued had revolution not been introduced from outside. This presented a direct challenge to the old view of John Fairbank that China was on its way to decline from the Ming Dynasty (1368-1644) onwards and that change was inevitable. Wong indicated the opposite.

He has an interestingly China-centred assessment of Europe. It provides us with a new dimension to see our world very differently. Those who know China will appreciate it more. Those who know less will have a new window widely open for the first time. 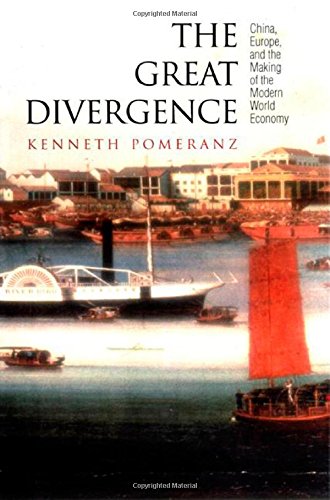 And Pomeranz’s The Great Divergence: China, Europe and the Making of the Modern World Economy?

Professor Kenneth Pomeranz’s book is more or less a synthesis of Jones and Wong. What he achieves in the book is to show the reader that Europe (Western) and Asia (China) departed from each other in terms of quality of life (everyday consumption) only after 1750. Before that date, Europe was not superior to Asia in those terms.

The significance of Pomeranz’s findings is twofold: firstly, he created a universally homogenous gauge for all societies in the form of material life, living standards, instead of inputs and outputs in the production system; secondly, given that China remained stable in living standards, it was Europe that changed beyond recognition. In his own phrase, China was normal but Europe was a freak. His eye-opening comparison of living standards between China and Western Europe bins the old cliché that China was desperately poor and rapidly declining. 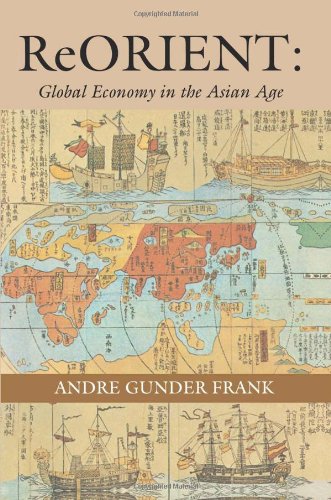 Now you’ve got Global Economy in the Asian Age by Frank.

Andre Gunder Frank’s book takes a more or less bird’s-eye view over the world from outer space. He follows the flow of monetary silver after the Great Discovery [of silver in America]. Frank realised that all the dispensable silver flew from the Spanish New World and Europe in one-way traffic to Asia, mainly to China, for some three centuries. Consequently, the world accepted a single form of money – silver. Frank thus believed that silver was the key to the establishment and understanding of globalisation.

Given that the world did not see the metal again until China re-exported it to buy opium, Western goods and war reparations, mainly in the late 19th and early 20th centuries, China acted as the ‘end market’ for global silver flow. In this way, China became the engine, although passively, of the first episode of globalisation. The importance of Frank’s book is to show that there was interdependence between Europe and Asia and that China was not a closed economy or an economy irrelevant to Europe. Such a view is highly compatible with Pomeranz’s.

This book contains a chart of the world’s silver flows, bearing the larger than life message that any downplay of the importance of Asia in the history of our world in the past 500 years is no longer acceptable. 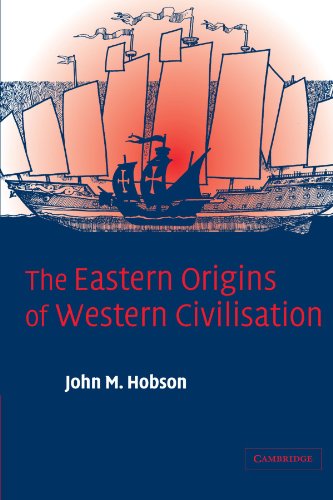 The Eastern Origins of Western Civilisation

And lastly, John Hobson’s The Eastern Origins of Western Civilisation.

Professor Hobson takes it one step further, arguing that, not only was there interdependence between Europe and Asia, Europe was for a long time the beneficiary of growth and development in the East. Apart from the usual list of paper, compasses, gunpowder and so forth, there were institutions coming in from the East, such as market laissez-faire and civilian rule.

In Hobson’s view, East (in the broadest sense, including the Middle East, North Africa, Far East, South and Southeast Asia) was ahead of Western Europe until about 1800, and it laid the foundations for Western modernity. He suggested that the late rise of the West depended almost entirely on its free-riding on the East. This is by far the most audacious nail in the coffin of Eurocentricism.

This is all fascinating, but why is it relevant now?

The reason is simply this: in the 21st century Asia will become a main engine of the global economy. Asia’s seemingly ‘new’ importance has puzzled and even frightened non-Asian societies. We have the obligation to inform all citizens of the globe that Asia’s (and China’s) recent miracle growth did not come from nowhere. Asia has always been a very important part of the world economy. So it is wise to ‘go with Asia’ instead of ‘ignoring Asia’.

Dr Kent Deng, a graduate of the Chinese Academy of Social Sciences, is currently a Reader of the London School of Economics and lifetime Fellow of Britain’s Royal Historical Society.

Kent Deng on Wikipedia
Kent Deng at the LSE

Dr Kent Deng, a graduate of the Chinese Academy of Social Sciences, is currently a Reader of the London School of Economics and lifetime Fellow of Britain’s Royal Historical Society.

Kent Deng on Wikipedia
Kent Deng at the LSE 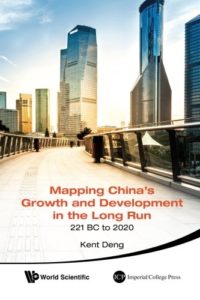