The book critic and technology columnist for Time magazine says there's a level on which the Internet is a mass tool for pacification. It allows people to play out their lives in a fantasy context, which is very politically unthreatening. He picks the best books on the World Wide Web. 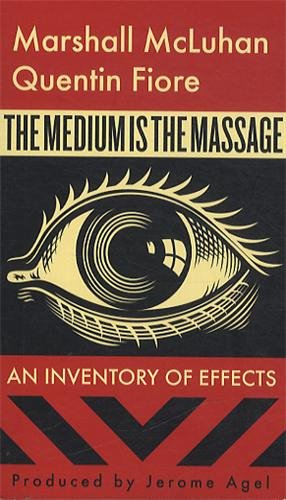 The Medium is the Massage

First, Marshall McLuhan’s book, The Medium is the Massage, which was originally published in 1967. Why is this book relevant to a discussion about the history and significance of the Internet?

Well, in a bizarre way that I can’t explain through anything other than through McLuhan’s sort of freakish brilliance, he understood immediately before it had ever happened what the future history of the Net was going to be. How networks of the size we now have would behave, how they would affect us socially, and basically everybody who’s been trying to theorise the Net ever since has been playing catch-up to him. The language he employs is, of course, somewhat quaint, and his tone is basically Messianic but if you really want to look at what everybody else is building on, it’s really McLuhan’s ideas. Yeah, it’s amusingly of its time, and it has that sort of 60s-era Utopianism, but it’s also amazingly up-to-date. 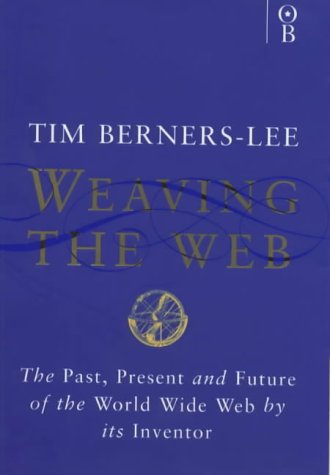 Tell us about Weaving The Web: The Original Design and Ultimate Destiny of the World Wide Web by Tim Berners-Lee.

Tim Berners-Lee is the guy who designed and named the World Wide Web. He was a physicist, he was working in CERN, and this book is extremely engaging and readable. It’s very similar in some ways to Francis Crick’s The Double Helix, and he really just talks about where his invention came from, how it happened, and what everything you read about the history of the Internet tells you that a lot of it happened by accident.

What he did was to slap a graphical front end on it. Before, what you have is, you have a lot of really crunchy back slashes and numbers and ampersands, and suddenly this guy comes along and, in a brilliant stroke which I don’t think he could understand the consequences of, he buried all that stuff under a graphical interface, just in a very similar way to the way in which Macintosh buries the command line under a graphical desktop. Berners-Lee put all that stuff a little bit underground. You can see it peeking out in the URL line in your browser, which still has that horrid ‘http’ in it, which stands for ‘hypertext transfer protocol’ which is what BL invented. But he turned it into pictures, which made it international, which made it user friendly, and, you know, it spread like a weed. 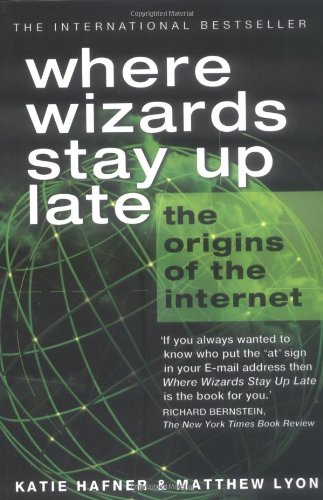 Where Wizards Stay up Late

by Katie Hafner and Matthew Lyon

Going further back, Where Wizards Stay Up Late by Katie Hafner talks about the beginning of the Internet, which was created some time before the WWW?

If you want to go all the way back, Janet Abbate’s Inventing The Internet really takes it all the way back to the Eisenhower administration and the very beginnings of electronic computers.

Where Wizards Stay Up Late has a sort of Harry Potter-type ring to it. Is Katie Hafner talking more about the dark origins of the Net?

It all gets pretty dark. But I would characterise the difference more as Abbate being more technically fluent and Hafner more interested in the human story of the personalities that gave rise to the Internet. Abbate really pursues it all the way back, and Hafner picks it up more in the 60s. Both of them emphasise what a mixed bag the Internet was; this bizarre collaboration between the military, academia and telecommunication industries produced something that we perceive as a natural resource almost, but which, in fact, was cobbled together in a very happenstance way, and there are a lot of accidents that contributed to the way it’s set up right now. 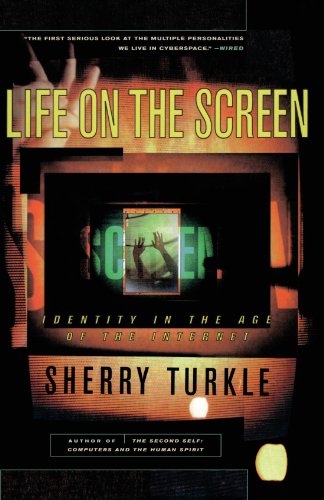 Life on the Screen

Life On The Screen: Identity in the Age of the Internet.

Turkle is a brilliant observer of the online world, and what makes the Net incredibly interesting is that it was never intended to be a social medium. They created this kind of pipeline for trading hard data between scientists and sharing computer resources in the military and for some reason we insane people decide to start pouring other things down that pipeline, like, for example, our social lives, and Turkle is the best living observer of the way in which pushing your social life through that medium, that pipeline, distorts it. And in some way it distorts it in a way that’s very intoxicating, it’s very liberating – identity becomes much more of an elastic phenomenon over the Net. And yet it also attenuates it. There are ways in which interpersonal relationships over the Net are different from ‘RL’ [real life] relationships. There are ways in which they are richer and ways in which they are more impoverished. 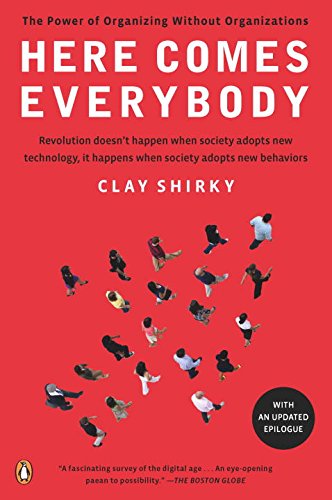 This brings us to Here Comes Everybody: The Power Of Organizing Without Organizations by Clay Shirky. A book which appears to be about decentralisation and the empowering of hitherto marginal groups – which seems to be quite positive about the Net’s ability to afford a kind of benign anarchy perhaps?

Yes, a benign anarchy. But a benign anarchy which oddly also resolves itself on other levels as very orderly and purposeful. A lot of ink has been spilled, much of it by me, about the Web 2.0 revolution, and how it changes the way business and art and socialising and political organisation get done. Shirky is simply the best person at articulating what’s very weird and new about what’s going on.

Shirky talks about revolutionaries in Belarus, blogging their way to mass public demonstrations. Is that something you could talk about?

Because everybody has access to an equally powerful means of communication.

Well, I think that’s very real. Certainly there are authoritarian governments working very hard to restrict that aspect of the Internet, with limited success. We haven’t seen an authentic Internet revolution. The effect, I think, isn’t that dramatic. But, even in this country, the way Obama used the Internet to raise funds was quite extraordinary. There’s a level on which the Internet is also a mass tool for pacification. I think it allows people to play out their lives in a fantasy context, which is very politically unthreatening. So the effect goes both ways, certainly.

So, let’s wind up with Google. We’ve talked about how liberating the Net can be in terms of Shirky’s book, Here Comes Everybody.

You recognise that title as a James Joyce quote by the way? Finnegans Wake. 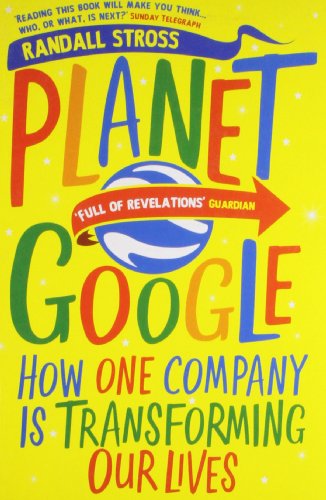 Well it’s a lovely title. But Randall Stross’s Planet Google: One Company’s Audacious Plan To Organize Everything We Know has a much more sinister title. Do you see this as the ultimate humanist Holy Grail – to collect all knowledge and to make it available for everybody simultaneously – or as a Faustian fantasy of total domination?

Well, Stross is no privacy nut. He embraces with the minimum of criticism the Utopian vision of Google, and you know, what he does in a really great, clear way, with lots of access and good writing, is to reveal the sheer scope of the Googlean vision of the world, whereby information would be catalogued and searchable. And that would include all kinds of information, including information that we don’t think of as the kind of thing that you could organise, including what streets look like and genetic information and stuff like that.

He’s not concerned that Google might use all that information in ways that are also cynical?

Well, he’s not that concerned. You know, people have called him naive. I don’t think he’s really all that naive. I’ve met the Google founders, I know what it’s like to talk to them. And, you know, you can look over the past years at how the US has woken up to ideas about data mining and intelligence gathering that are pretty scary, and then there’s been an appropriate counter-veiling movement away from them. I should probably be more frightened than I am. What I find fantastic about Google is that they’re the ones who are retro-fitting the Internet, basically. The Internet was never designed to get this big, it was never designed to carry the kinds of information that it does, on the scale that it does. It was a huge mass that had just sort of metastasised to grotesque proportions. And then Google came along and figured out a way of bringing order to what was an extremely disorderly creation. We’re not just talking about archiving the wilderness here, but organising it. The Web had essentially collapsed under its own weight. And at this point Google came along, because you just couldn’t find shit.

Lev Grossman is an American writer of fantasy fiction and thrillers. He is the author of two New York Times bestselling fantasy novels, The Magicians and The Magician King, and is a senior writer and book critic at Time magazine.

George Dyson on The Origins of Computing

Lev Grossman is an American writer of fantasy fiction and thrillers. He is the author of two New York Times bestselling fantasy novels, The Magicians and The Magician King, and is a senior writer and book critic at Time magazine. 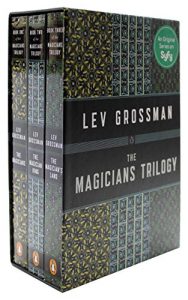 The Magicians Trilogy
by Lev Grossman 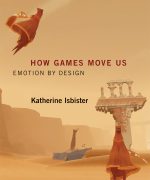