The best books on Parliamentary Politics

From the House to the duck house, political scientist Philip Crowley recommends the best books on parliamentary politics. 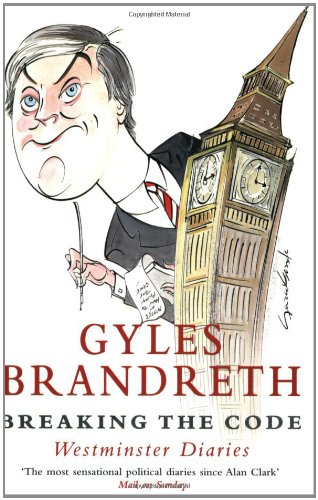 Tell me about your first choice, Gyles Brandreth’s Breaking the Code.

Gyles Brandreth is very funny and very indiscreet, isn’t he? It’s a great read. I think it’s one of the most under-appreciated ‘set-top’ diaries. It makes you laugh out loud but it’s also incredibly insightful. It achieves the astonishing feat of making you like Gyles. You start to read it thinking he’s a prat, but you begin to like him by the end of it and you realise he’s quite clever and insightful. His public persona isn’t at all like him and probably does him an injustice. But it’s a good insight into being an MP, particularly learning to be an MP.

He comes in at an astonishingly low level of knowledge and understanding to the point where you find yourself wondering how on earth he got selected – he seemed to know nothing about politics at all. You track his transformation into a fully-functioning political creature for good or for ill. It has also got a great insight into the whip’s office – for part of the book he’s a whip and you see the reality of being a whip is far less exciting and powerful than the myth. And, of course, it’s a fantastic insight into a declining government that’s about to die.

I must say I think it was a fantastic read, I think it’s the best book I’ve read about government. I preferred it to Alan Clark’s Diaries.

I also preferred it. The Clark Diaries are quite good on being a minister, but in terms of learning what it’s like in actuality, Brandreth is very good. The Clark Diaries are great fun to read but I’m not sure they tell you that much about politics, or the actual day-to-day functioning of it, whereas Brandreth’s is just full of that. Apparently the new set he’s just brought out is a broader set of diaries, going back to childhood, so the politics is in there somewhere. 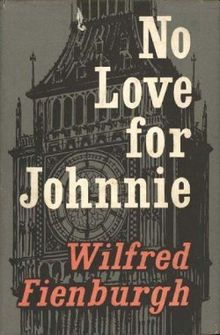 No Love For Johnnie

The next book: Wilfred Fienburgh’s No Love for Johnnie. Fienburgh was a Labour MP, was he not?

He was. There was a film made of No Love for Johnnie in 1961, which at the time was very well known. I’m quite a fan of political fiction but one of the problems with it is that a lot of it is not very good. You read a lot of political fiction that’s either written by outsiders so they don’t understand politics properly or it’s written by insiders, and not very well written. Fienburgh’s book is written by an insider, is very well written and a stand-alone novel.

One of the reasons I like it is that it’s 50 years old now and yet, if you read the opening scene, for example, of a Labour MP arriving to give a speech somewhere and being told that the audience isn’t very big – they hoped to get more people and they haven’t, there’s terrible disappointment. It’s that sense of apathy in politics, a lack of enthusiasm for politics. These things that we erroneously think are new, that are products of the Blair era, Thatcher politics, or anti-Iraq war, have actually been with us forever. 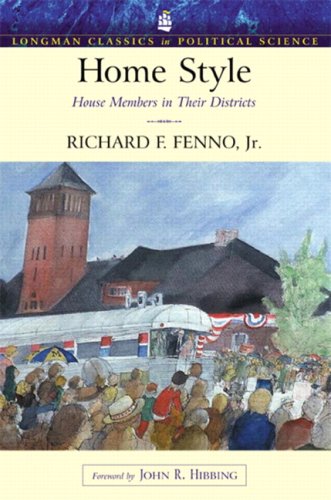 He draws a picture, which varies at times, of how Congressmen behaved in the House and what he knew about procedures and forms of behaviour in the House – and ‘home style’, which is what they are like once they get on a plane or the train to go back to their constituencies. And he points out that any successful American politician kind of has to have a House style and a home style but they are utterly unrelated.

I chose this book for three reasons: firstly, it’s a really accessible, interesting academic book, and frankly there are too few of those and for that reason I think it’s worth reading. I wish there were more academic books written by Fenno.

And the third reason I’m interested in it is that when he wrote that book, the sort of stuff he’s talking about would not have been recognised, particularly in Britain. It is recognised now. British politicians have a much more clearly defined home style, which, for the more recent MPs is taking up about half of their time. They spend about half of their time, the new MPs, either in or working for their constituencies. Now there are some good points about this and there are bad points but, actually, we don’t know very much about it. We know quite a lot about how MPs behave in the House; we know almost nothing about how they behave in their constituencies – what they do with their time and then whether it matters. We think it matters but maybe not electorally or at least as much as they think. But in terms of generating good will amongst the constituents – does any of this matter or is it a big waste of time.?

My conclusion is that it probably has much less impact. Electorally, there is relatively little evidence that it has a huge impact on the vote. 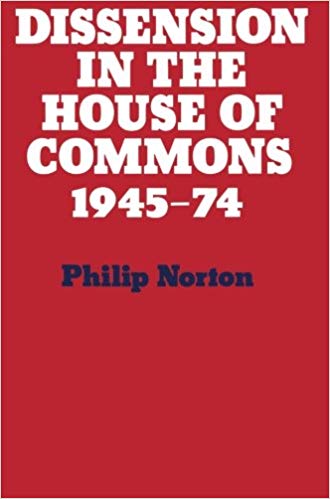 Let’s move on to the Chamber. Your next book is Philip Norton’s Dissension in the House of Commons. This is not about dissension between the parties, but within them – rebels.

It is. Philip himself once said it’s the sort of book that once you put it down you can’t pick it up again. This is not a rip-roaring read. The vast majority of the book, in fact almost all of it, is just lists of dissenting MPs on every occasion where there was dissent against the party political line from 1945 to 1974. You then have a small section where it analyses this. It’s not the sort of book you take on a desert island.

I chose this book for two reasons. The first is that this is a really good example of back-breaking, detailed, academic work making a really important substantive point. When he published the book in the middle of the 1970s, everybody claimed that modern MPs were weak and feeble, but in the past had been very independent. Norton showed that actually the reverse was true, and that British MPs were becoming much more independent, much more radical. He uncovered these two sections of the 1950s where not a single government MP – not a single one – rebelled. It didn’t improve until the late 60s and early 70s. So I’m including it because it’s a really good example of a book that stands his point on really detailed research and frankly we don’t have enough of those books.

And another reason I included it is that it was a book that when I read it made me interested in that sort of study; I’ve gone on to carry on some of that work. You wouldn’t want to settle down to read it at night in front of the fire but it’s a book which I think a lot of journalists have to read before they can comment on Parliament. And, in fact, all students studying politics should at least read the conclusion. So for that reason it’s one of my five. 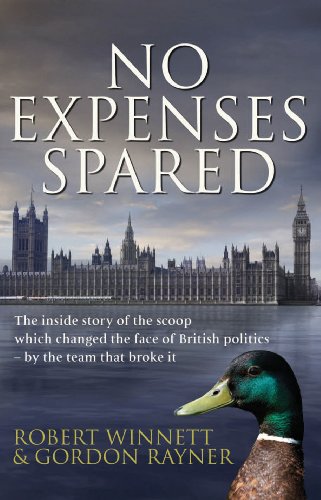 by Robert Winnett and Gordon Rayner

And your fifth, Robert Winnett and Gordon Rayner’s No Expenses Spared, sounds pretty topical to me.

It was chosen because I happened to be reading it. It is a great read, so I thought I’d stick it in. It’s the Telegraph’s account of the expenses scandal, and it’s a bit parti pris in places. Strip that away and it’s a very interesting account of what they did, having got hold of the disc.

Partly because the revelations were spread out, it was easy to catch up on the details. Particularly for me – I was away on holiday for ten days during the expenses scandal, and the story was coming out when I left and was still going when I came back. And if I missed one, I would always get these strange text messages, about whatever the previous days’ stories were.

I remember one of them just said: ‘Peter Viggers’ duck house.’ I’d never heard of a duck house and I remember staring at this text message for literally ten, 15 minutes, trying to work out what an earth that could mean. In the end, all I could think was that it was one of those typos you get in text messages.

But, you know, when you read it in one go, like that, there’s something shocking about these expenses. And the expenses scandal had a huge impact on politics, and I think will for another five years, in different forms. So it’s quite good to have an account of how important it was.

Philip Cowley is Professor of Parliamentary Government at the University of Nottingham. He is the author/editor of seven books and more than 50 articles, including articles for the British Journal of Political Science, Party Politics and the British Journal of Politics & International Relations. He runs revolts.co.uk, an academic research project looking at the way MPs and peers vote.

Philip Cowley is Professor of Parliamentary Government at the University of Nottingham. He is the author/editor of seven books and more than 50 articles, including articles for the British Journal of Political Science, Party Politics and the British Journal of Politics & International Relations. He runs revolts.co.uk, an academic research project looking at the way MPs and peers vote. 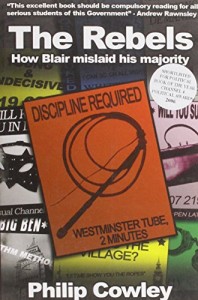 The Rebels
by Philip Cowley 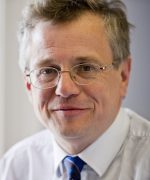