The best books on The Best Debut Novels of 2010

2010 Man Booker Judge selects Tom Connolly’s The Spider Truces and Amy Sackville’s The Still Point among her five choices; she says they are "old-fashioned books" about the way in which our families define us

Tell me about The Spider Truces.

This is a not brilliant name for a lovely, beautiful book. It’s about a boy called Ellis and his dad – Ellis’s mum died years ago. Basically it’s the story of a father who tries to shelter his child from anything bad. He tries to shelter him from grief, so Ellis doesn’t really know that much about his mum, and he also tries to shelter him from anything that might harm him. It’s a beautiful book about whether or not you can protect someone from the bad things in life – and lays bare the fact that, in the end, in doing so you are preventing them from living life itself. There are some fantastic moments in it. At one point Ellis brings his dad a cup of tea and he writes: ‘ “Hello,” Ellis said, with all the apology he could invest in the word.’ It’s such a lovely, tiny thing to capture. This isn’t a novel that spans hundreds of years or different places. It’s a very close-to-home novel that’s poignantly written. 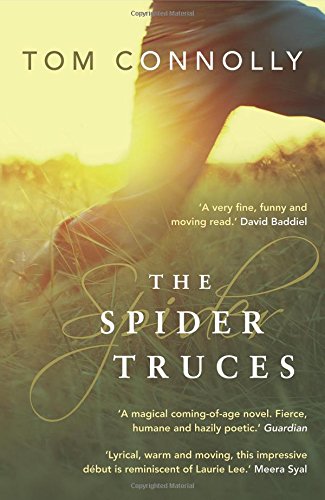 Is it autobiographical? Did Tom Connolly bring up a child alone?

I don’t know, actually. I don’t know very much about him. It says in the blurbs that Tom Connolly is a film-maker and that he lives in a remote corner of the Rother Valley in East Sussex. In fact, it’s published by Myriad, which is a tiny publisher, and I’m delighted that they did publish this. I don’t think it got a lot of press and I don’t think there have been any interviews with Tom Connolly. It felt like a book that, if not his direct experience, had something of his experience in it. 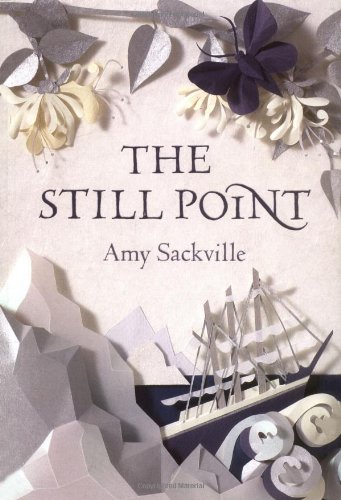 Tell me about the Amy Sackville book.

This is a tremendously assured debut. It’s the story of Julia who is the great-great-niece of an Arctic explorer. She’s got quite a bit of money and doesn’t have to work very much, so she’s decided to write the story of this great-great-uncle, Edward Mackley. There are two parallel stories, his story and hers, and what we realise as the book goes on, is how much of what he did, and the stories about what he did, have imbued her with a sense of identity. The reason it’s so assured is that it does several things at once. One is that it flits in and out of the moment, so some of the time we’re right with Julia and some of the time we’re being told: ‘Dear Reader, look at these people, they’re being quite strange.’ The other thing is that it treads a very fine line between realising how important family is to your own identity and realising how absurd it is that you could be basing what you think about your own life on some story of some great-great-uncle you never met. This is an unusual subject for debut, because it’s about family, which is quite an old-fashioned topic, in some ways. In fact, it has some similarities with The Spider Truces. Novels these days tend to be about identity in terms of race or in terms of religion or history or whatever. This is just a family novel about how we create who we are. I don’t know how much this is the story of who she is. She has done a writing course, we are told in the blurbs, but I know nothing about her.

Tom Rachman is a journalist and this is a journalist’s book, so I’m probably biased. He’s Canadian and he works for the International Herald Tribune. He’s done lots of postings abroad and this is certainly a novel inspired by those postings. It’s the story of a newspaper founded in Rome in the 1950s and we see the lives of 11 different people who work on the paper. It’s just fantastic. There isn’t a word wrong. You never trip up on a sentence. It’s an American newspaper and I don’t know the story of the Herald Tribune, but it sounds like a situation that Rachman and his colleagues might have been in. The reason it’s set in Rome is an element of the narrative I won’t go into but it allows the story to happen. There’s brilliant characterisation and it’s completely engrossing. You really want to read more about all of the people.

Is it funny? I usually find fictional journalists ridiculously sincere and sort of valiantly questing for truth when in real life they’re blasé and lazy and very funny.

It is funny, yes. It’s not a laugh-out-loud book but it’s one of those ones where you recognise lots of people. You’ve got a writer who does obituaries and can’t really be bothered to do anything. There are definitely people you know in there. 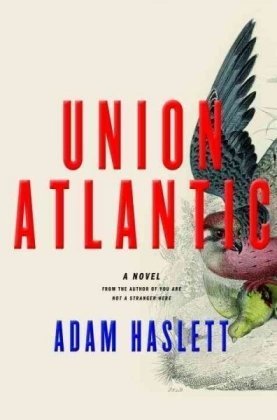 He’s an American writer and this is his first novel. This is as close as we get to a financial crash novel. There have been a few attempts but I don’t think we’ve got the great novel of the financial crash yet. This is very good, though. It tells the story of Doug, who had an alcoholic mother and an impoverished childhood, and he joins the navy to get away from all that. There’s a fantastic opening sequence in which he and his comrades have just shot down a passenger jet – by mistake. He then leaves this military life behind and enters finance where he becomes this cold hard-headed operator who’s out to find a way to beat the market. We certainly find out a lot about how to bend the rules just enough to win, how the financial markets work, but again, most novels are about the same thing in the end. It’s about how you look at your past, how you create your identity. It’s an old-fashioned novel about class really. He goes and builds this giant house not far from where he grew up and it’s partly about who he can be now. Only quite late in the novel does he visit his formerly alcoholic mother. It’s such an ambitious subject to take on. There are times where I think the main character is perhaps a bit too hard-headed and we can’t quite believe him, but it’s a really good read. 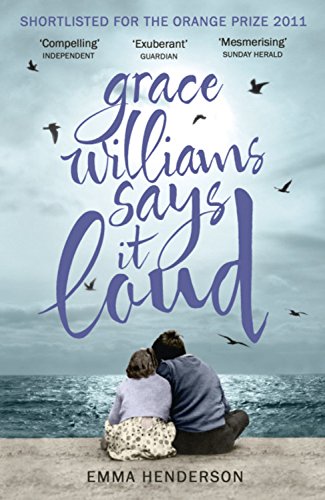 This is a fantastically weird subject for a book. It’s about a girl called Grace who is born with birth defects and then gets polio, which leaves her with a useless arm, which she takes to calling Nelson. She is put into an institution and visited occasionally by her family. It’s set in 1950s Britain which is the one thing I would say is not great about it. We don’t really get a sense of the 1950s. But other than that it’s a brilliantly exuberant and upbeat novel for a subject that’s really quite tragic. In this institution she meets a boy called Daniel who’s got no arms and types with his feet and tells lots of tall stories, and he and Grace become great friends. Grace can barely talk but somehow Daniel understands her and talks to her as though she can. The whole book is written to make us realise that Grace understands everything she sees, so that when she draws on one of her carers she’s doing it because she’s finding them annoying and rude. And you get the impression of someone who’s both very strong and totally powerless, and I think it’s the reason it’s so strange and disturbing – it’s a tragic story told in such an upbeat manner.

It is maybe a bit like The Curious Incident of the Dog in the Night-Time?

It has elements of that, yes. It says in the blurbs that she’s done a writing course and I think perhaps she has had a think about which novels have done well, and this book does have the same kind of heart. There is always something lovely about a book narrated by a knowing child. It’s got real force. It really pulls you along.

2010 Man Booker judge Rosie Blau was Books Editor of the Financial Times. She is currently China correspondent for The Economist.

Contemporary Fiction Fiction
Save for later

Rosie Blau on The Best Debut Novels of 2010

Will Self on Literary Influences Books

2010 Man Booker judge Rosie Blau was Books Editor of the Financial Times. She is currently China correspondent for The Economist.