The best books on Life Before Birth – And Life After It

The professor of perinatal psychobiology at Imperial College, London tells us how our understanding of foetal development and the importance of mother-child bonding has changed in recent decades 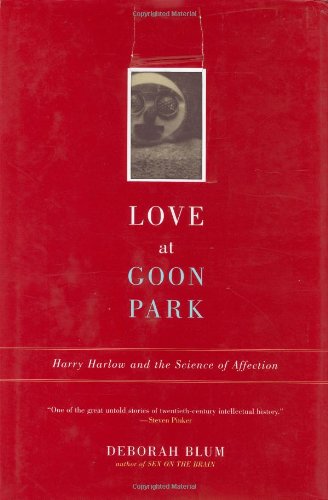 Tell me about Deborah Blum’s book.

This centres round the work of Harry Harlow who worked with monkeys and needed to breed more of them. He isolated them very early and took them away from their mothers and kept them clean and well-fed. They were fat and appeared healthy but they were miserable and rocked backwards and forwards. He started to understand that what was missing was maternal affection. This was very out of the current climate of the time. For example, Blum describes an American pamphlet distributed widely between 1914 and 1925 called Raising a baby the Government Way. It included the advice “never kiss a baby” and “parents should not play with the baby”. The influential psychologist Watson stated “When you are tempted to pet your child, remember that mother love is a dangerous instrument”. This is a good description of how attitudes have changed and I was stimulated by someone working in the same lab, Mary Schneider, who noticed that if you stress pregnant monkeys the babies are more anxious. This is a beautiful model of the effects of pre-natal stress.

The book describes how Harlow, in his studies of monkeys, helped to change attitudes to child care. He found how baby monkeys clung to a cloth model monkey rather than a wire one, and then went on the develop a scientific study of mothering and affection, and how important this is for the development of the child. The book also explains some of the more recent work that has arisen out of all this, and how we are now starting to understand how more sensitive mothering can affect the structure of the baby’s brain for life, and have long tem effects on behaviour. 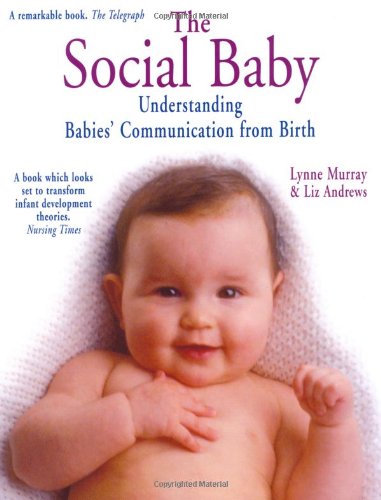 Tell me about The Social Baby

This is by a colleague of mine, and I have been very influenced by her. It describes how mothers with post-natal depression can effect the outcome of the child. The babies are more anxious and more depressed themselves with some cognitive delay and ADHD.

That is very worrying.

Well, the more positive side is that a lot of children in society have these problems and the more we can understand them the more we might be able to help. Guilt is the last thing I want to induce and that isn’t where we should be going, but we now know how to prevent these things – by supporting pregnant women more and women who have just had a baby. As a society we can help them and thereby help the next generation. It also has implications for crime – ADHD and cognitive delay are strong indicators for criminal behaviour. If we want to prevent crime and prevent bad outcomes we need to start in pregnancy. This book is about the effects of post-natal depression but it is also a description of what happens when things go well.

Until quite recently it was thought that babies had no feelings, and were unaware of their surroundings. In the 1980s newborn babies were operated on without anaesthetic because it was thought they did not feel pain. Much research in the last 20 to 30 years has shown how very sensitive newborn babies are, how delicately they interact with their mother, and how long lasting these interactions can be. Older children, of mothers who had postnatal depression, are more likely to be anxious or depressed themselves and to have slower cognitive development.

This book shows, frame by frame, the marvellous two-way interaction that a sensitive mother can have with her baby. If the mother opens her mouth, so does her baby. If the baby smiles so does the mother. However it also shows how this interaction can go wrong. Depressed mothers are often over intrusive and poke their baby inappropriately for example. The book shows a mother putting her face too close to her baby, and how instead of initiating a happy interaction, the baby turns away and becomes sad and unresponsive. 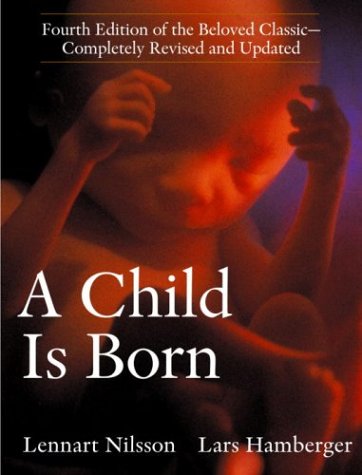 A Child Is Born

A Child is Born.

This is the most outstanding book of photography showing the development of a child from the very beginning. It shows the initial blob of a few cells after the sperm meets the egg, and all the later developmental stages, culminating in the fetus at the end of pregnancy, just ready to be born as a new baby. It shows the development of all the organs, and of the hands and feet, and an unborn baby sucking its thumb at 20 weeks gestation.

Many of the photographs have become famous, and no one has ever taken better.

What implications does the knowledge about different stages of development have?

I have written about fetal pain and I think the fetus can feel pain at about 20 weeks. At 13 weeks the brain is not connected to the rest of the body. You can touch the foot and it might move away but that is just a reflex.

It has made me very aware of the different stages of development. As far as abortion goes, I would have little concern under 13 weeks and I am not always against late abortion. The trouble is that in later abortions they often chop the fetus up before extracting it. I don’t know for sure because we can’t ask them, but the state of the nervous system between 20 and 26 weeks would suggest that it is increasingly likely they would feel pain. This is the dark side of this, of course. The fetus is not one thing. It is different at different stages and this book makes one aware of the joy and the beauty of it. 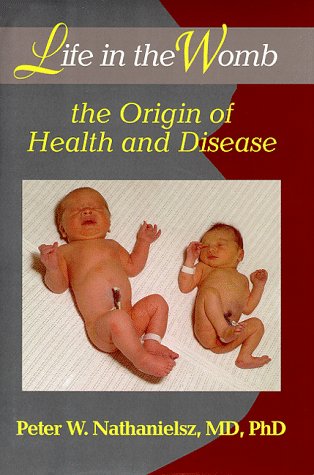 Life In The Womb

What about Life In the Womb?

This is a very clear and stimulating overview of how sensitive the development of the fetus is to outside influence, and how this can have implications for the health of the individual, across the lifespan. Nathanielsz discusses the work of David Barker and colleagues who have shown that babies who are born smaller are more likely to die of coronary heart diseases at the end of life, than those who are born larger. Environmental effects from the womb can even be passed to the grandchild generation.

He writes about the new understanding of genetics and the environment and describes how the environment that will influence the development of the person starts in the womb and how that has implications for health. It is very well-established that babies with a lower birth weight are more likely to die in their 70s of coronary heart disease and it is as big an indicator as smoking or being overweight.

Most people die in their 70s though. It doesn’t seem too bad an innings.

Maybe not, but it is interesting in terms of fetal programming and the effects of maternal stress on the long-term outcome. 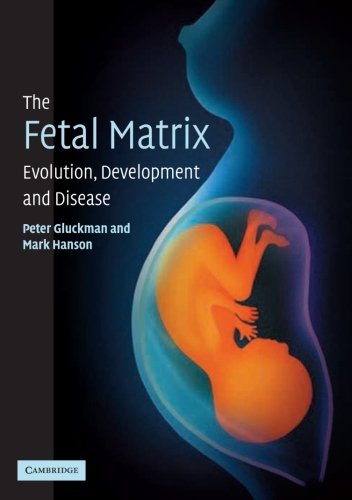 Your next book is The Fetal Matrix.

This is a bit more specialist. It’s a more recent book which discusses the possible evolutionary reasons for why the fetus in the womb maybe especially sensitive to its environment. The authors develop the concept of the “predictive adaptive response”, suggesting that this is an additional evolutionary mechanism to prepare the offspring for the environment in which it is going to find itself. Instead of traditional evolution, which involves mutation and natural selection over many generations, this occurs more rapidly and more reversibly. For example, we now know that if a mother is stressed while pregnant her child is more likely to be anxious and to have readily distracted attention (as in ADHD). These outcomes are undesirable in our society but this book helped me to understand how being extra vigilant (more anxious) and more distractible, may have been protective in the wild with dangerous predators about.

It might once have been adaptive to have small babies if there is less food around, but if you have a small baby now, for another reason, there is a mismatch and the child will eat to catch up and become fat. Stress is just as big a factor for low birth weight as smoking. This book shows that there is epigenetic change depending on environment – not a change to the basic structure of the gene but a change that can be passed on even to the grandchild generation dependent on environment.

So stress is purely destructive?

Yes. There is no advantage to this that I can see.

What about the actual birth? Is Caesarian birth less stressful?

Yes. A Caesarian is better for the baby because it is less stressful and the babies tend to be more peaceful. Vaginal births are supposed to instigate breathing more quickly though.

Professor Vivette Glover is Professor of Perinatal Psychobiology at Imperial College London. In 1997 she set up the Fetal and Neonatal Stress Research Group, to study fetal and neonatal stress responses, methods to reduce them, and their long term effects. Vivette has published over 400 papers.

Child Psychology Parenting
Save for later

Vivette Glover on Life Before Birth – And Life After It Books

Professor Vivette Glover is Professor of Perinatal Psychobiology at Imperial College London. In 1997 she set up the Fetal and Neonatal Stress Research Group, to study fetal and neonatal stress responses, methods to reduce them, and their long term effects. Vivette has published over 400 papers. 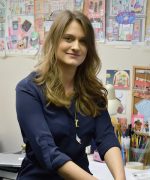 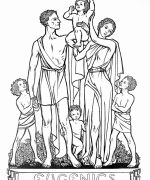