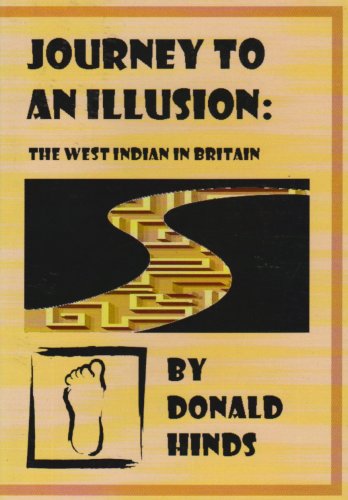 Journey to an Illusion

This is one of the great books to have come out of the British-Jamaican experience. Made up of a series of interviews with Jamaican (and other West Indian) migrants in Britain, it sympathetically conveys the plight of Commonwealth citizens who, lost amid alien signs in the so-called ‘mother country’, tried to settle and earn a crust. The author is described on the dust-jacket as a ‘Jamaican-born journalist and former London bus conductor’. A recurring theme in the book is Hinds’s discovery that Britain was not only unmindful of the Commonwealth but disinclined to help Jamaicans. Italians in Britain after the war, selling ice cream and confectionery, were made to feel more welcome, despite having fought on Hitler’s side in the conflict. The antipathy was especially galling for Donald Hinds who, as a teacher in Jamaica, had read Dickens and Wordsworth, and watched endless genteel films – ‘tea party movies’ – from Gainsborough Studios and the like, but, for all his immersion in British culture, Hinds was, he recalled, ‘struck dumb’ on his arrival in Britain in 1955. All that has changed now. Britain’s indigenous culture is now so influenced by Jamaica that a Jamaican inflection is hip among white British teenagers. Black Jamaican culture is youth culture in London; Hinds to a certain extent had foreseen this.

“This is one of the great books to have come out of the British-Jamaican experience.” Read more...