The best grammar books that prove what they preach

“Most grammar books say ‘do this, and that’s that.’ But who says? How do they know? Real rules are grounded in the facts of actual standard usage. Here are five grammar books that show their work, telling you not only what to do but why, and how they know. Accept nothing less”—Lane Greene, language columnist at the Economist and author of the brilliant Talk on the Wild Side. 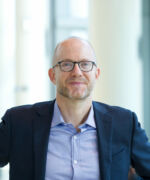