Why did you choose to discuss books of essays?

I guess because this is where my heart lies in terms of writing. For me, essays are about brevity and also personality, a feeling that you’re being taken on an intellectual or emotional journey by a particular person who you get to know along the way. Essays root ideas in personal experience. 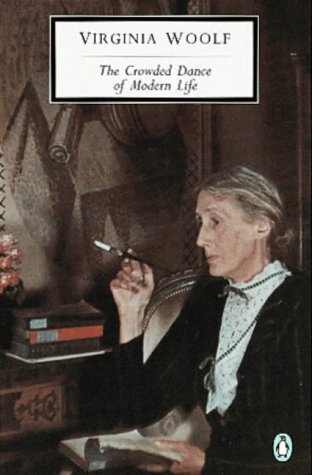 The Crowded Dance of Modern Life

Why do you recommend The Crowded Dance of Modern Life by Virginia Woolf?

Because she is a very admirable essayist. For me, her essays are better than her novels, which I never got along with. What I particularly like are her essays of description. In “Street Haunting”, she makes a very ordinary subject, such as going for a walk around London, very charming. When you put it down the world seems a more interesting place.

I wondered if the “crowded dance” is meant to imply some sort of futility in modern life?

Not so much. Woolf was like many writers of the early 20th century, such as Joyce or Proust, who were interested in the word “modern” – a word today which we overuse. The traditions of the 19th century had been broken and the modern world was going to be governed by new things, particularly by technology. And it was going to be a predominantly urban, democratic world, dominated by the media. A writer like Woolf was both excited and worried by this. The title for me captures some of those feelings.

Is it a feminist collection?

I think to describe it as such would not be accurate. She never discusses the position or rights of women in these essays. She wrote particularly feminist essays in other books, but not in this one. 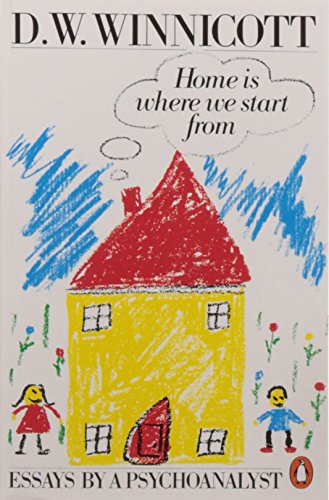 Home Is Where We Start From

The next collection of essays you recommend is Donald Winnicott’s Home is Where We Start From. I understand Winnicott was the first paediatrician to train as a psychoanalyst. What is it about his work that you admire?

He was one of the most accomplished interpreters of Freud in England. And what is interesting is that he makes psychoanalysis very English, if you like. He takes a body of knowledge that can be very abstract and pretentious at times, and turns it into something much more suited to the English character. By that I mean that he spoke in plain language. He was also eccentric and he had a sense of humour, which we associate with literature in this country.

He was also humane. He worked with children and their mothers and fathers, and he was very aware that life is difficult – and that we are all slightly crazy. Rather than humiliating us and making us feel that certain thoughts are perverted, as some psychoanalysts did, he was generous about it.

Winnicott also came up with the idea of the “good enough mother”. Other psychoanalysts often demanded that the mother be everything, or else the child would be harmed. But Winnicott allowed a greater amount of error for both the mother and father. For anyone who has a family of their own it’s a nice deprecatory starting point.

This collection brings together Winnicott’s most important works about understanding the minds of children, and includes essays such as “Concept of a Healthy Individual”, the “Value of Depression” and “Delinquency as a Sign of Hope.” These sound very intriguing, and indeed controversial, even by today’s standards – would you agree?

Definitely. A lot of his writing involved picking up the broken pieces after the Second World War, when children had endured complicated family arrangements – whether the father was away, or killed, or the children sent to the countryside. He found a ready audience in his ideas about imperfection, and about accepting imperfection while still trying to get better.

Winnicott is praised as being one of the most creative and accessible of all psychoanalysts. Your own work has been described as a “philosophy of everyday life”, and I wondered whether his approach inspired yours?

When I think about the essayists that I like, I realise I have a very low tolerance for complicated writing. There is almost nothing in the humanities that can’t be expressed simply, even if it’s a complicated idea. It’s not rocket science, so the onus is on the writer to provide a charming reading experience.

Why did you choose his collection over better known psychoanalysts, such as Sigmund or Anna Freud?

Partly for literary reasons – I like the way he writes and I like his personality. He is the sort of person I would like to be friends with, which I don’t feel about either Anna or Sigmund Freud. While a lot of what he says is Freudian, I prefer the nuances and the ordinariness that he holds on to while discussing pretty weird stuff. 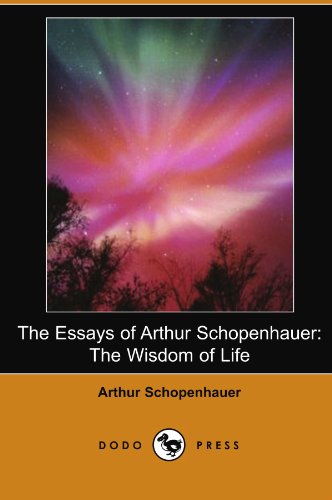 The Wisdom of Life

Arthur Schopenhauer’s The Wisdom of Life was published posthumously way back in 1890. He was a proponent of philosophical pessimism and believed that life is essentially evil. Your own works address many modern malaises, but I find your outlook quite uplifting and even hopeful, and I wondered what you feel you share in common with his philosophy?

I think I can correct both analyses. Though Schopenhauer comes out with some pretty extreme comments, he never loses his sense of humour and a lot of what he says has a slightly tongue-in-cheek quality. He delights in provoking us and I think it’s wrong to say that he is entirely grim-faced.

And as for myself – I feel very close to his personality. The Germans call it galgenhumor – which is a kind of gallows humour, which both he and I share. I have an unfortunate reputation for being a cheerful chap peddling happy thoughts.

I was interested to learn that Schopenhauer subscribed to the Buddhist belief that desires can never be fulfilled, and preferred instead to negate them. Was it very unusual for a European philosopher to align himself with Buddhism?

He was the first to do so and, you’re right, that’s something fascinating about him – that he took Buddhism seriously and integrated it into his philosophy.

Anyone past the age of 20 is sure to realise that our desires are pretty endless and that some of them are the result of a modern capitalist society. It’s very nice to be reminded by Schopenhauer that we won’t ever get to a stable position where our longings will end. But whereas some Buddhist texts are unappealing and quite strange, what Schopenhauer does is to write about Buddhism for the Western mind.

Schopenhauer believes that love is an immensely powerful force in the world and rejects the idea that it is trifling or accidental. How much does your own book Essays in Love fit with this outlook?

I don’t think I’d read him when I wrote it. But I think that Schopenhauer was a proto-Darwinist in that he suggested that the reason we fall in love is just to have children, that it’s a biological imperative and we can’t expect much happiness from it. No one can live with that – though it’s a very interesting provocation, it’s not something to absolutely believe in.

The Secret Power of Beauty

John Armstrong’s The Secret Power of Beauty has a tantalising title – why did you choose this collection?

I admit I know the author very well. I partly chose it because it reflects many ideas that I have discussed with him and I also think he writes very well.

Has the way we think about beauty changed over time?

The modern way of thinking about beauty is to consider it a diversion. People apologise for finding someone attractive because we think it’s superficial. Or if someone is interested in fashion, they’ll say: “I know it’s all a bit frivolous.” Armstrong goes back to a much earlier view held by Greek philosophers, which was that our connection to beauty is connected to deep things and it’s an interest in goodness more generally. It’s a good starting point for being a decent human being and that is not at all a modern day version of beauty. 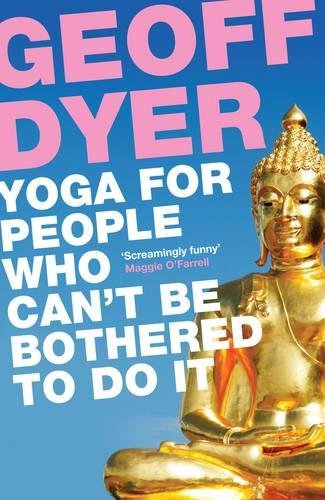 Yoga For People Who Can’t Be Bothered To Do It

Your final selection, Geoff Dyer’s Yoga For People Who Can’t Be Bothered To Do It, is actually part-travel book, is that correct?

It is a series of essays on the places he’s visited. It’s not one journey but a scattering of essays.

I understand that he is not one of those bright-eyed, 20-something travellers, and that a sense of ennui is prevalent throughout the book. Would you agree?

Why would you recommend this book in particular, when there are so many travel books around?

I guess because it’s not a travel book in that sense. It’s a book about his mind, which I think is both interesting and funny. And he is charming as a writer. He is constantly flitting with ideas about all sorts of stuff – not big ideas, but things such as how easy it is to lose your hotel room key and why grass is green (literally). There is lots of stuff in it, hung together by the force of his personality. You would have a hard time describing it to a publisher. In this age where books are supposed to be about one thing, whether it’s Henry VIII or the Crimean War, it’s a very nice change.

Does he take a dim view of yoga?

The title is supposed to be in praise of slacker-dom and not doing very much. It’s not about yoga at all.

Alain de Botton is an internationally renowned author and presenter. His essayistic books on love, architecture, travel and work have become bestsellers in 30 countries, and several have been adapted for television. Alain also started and helps run an educational establishment in London called The School of Life, and in 2009 he became a founding member of Living Architecture.

Essays Literary Nonfiction
Save for later

David Russell on The Victorian Essay

Alain de Botton is an internationally renowned author and presenter. His essayistic books on love, architecture, travel and work have become bestsellers in 30 countries, and several have been adapted for television. Alain also started and helps run an educational establishment in London called The School of Life, and in 2009 he became a founding member of Living Architecture. 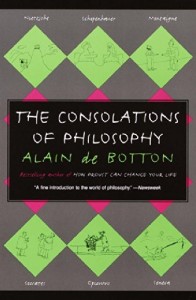 The Consolations of Philosophy
by Alain de Botton 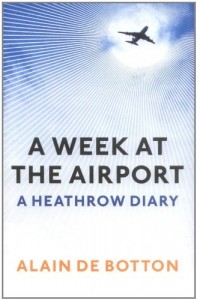 A Week at the Airport
by Alain de Botton 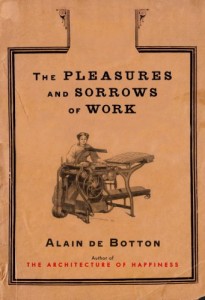 The Pleasures and Sorrows of Work
by Alain de Botton 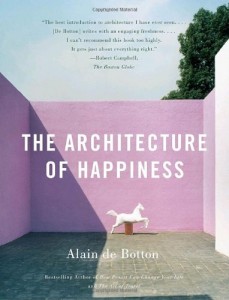 The Architecture of Happiness
by Alain de Botton 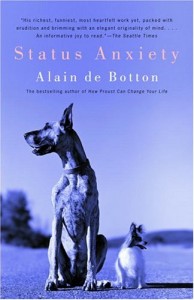 The more we learn about the minds of other species, the more we are forced to question any assumptions that might previously have been made about their inner lives. Here, the philosopher David Peña-Guzmán talks us through the profound questions thrown up by research into animal cognition, perception and emotion, as he recommends five of the best books on animal consciousness.