The best books on Puppeteering

Founders of the Handspring Puppet Company pick their favourite five books on puppeteering. Enid Blyton and African Scenery and Animals both make the cut, as does same-sex behaviour in the natural world 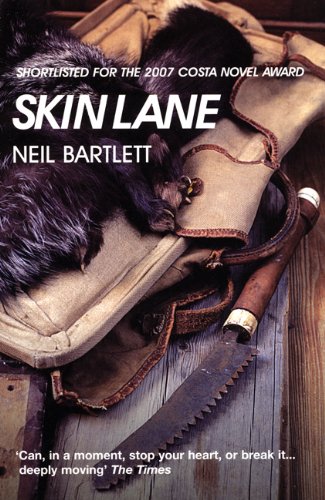 Can you tell me about some of the books that have directly or indirectly influenced your practice over the years?

The books that we have chosen are not necessarily about theatre per se, but they have had a profound influence on our practice in theatre, either because of the way that they have handled themes that we have wanted to explore but did not know how, or because they helped with practical elements of our work.

Our first book is Skin Lane by Neil Bartlett, an activist, a gay writer, a playwright, and also the director of the Lyric Theatre in Hammersmith. This novel set in the sixties, is about a fifty-year-old man, a furrier, who doesn’t know anything about his sexuality. While most gay novels are about the gay, usually American, lifestyle – a kind of Los Angeles gay scene – this one is about a character who doesn’t know he’s gay. And the subtlety with which Bartlett tells about this man’s bemused discovery of his sexuality through his relationship with the nephew is very beautiful. The context is knives and fur – you’re in the middle of a very claustrophobic state of mind, a highly eroticised atmosphere.

This serendipitous read has led to your work on a new play for the National Theatre. Can you describe how that has come about?

As soon as I [Basil] read this book, I thought, I’ve got to meet this person because he is handling a theme that I have always wanted to explore in my work. Rae Smith, the designer of War Horse was also his designer and she introduced us. We met and immediately felt that we had to work together. So he put a proposal to The National, which he had not done before, and it was accepted, and so we have been working on a play together.

Why was it so important to you to do a play with a gay theme?

The first adult play we did was about two gay women, and although their sexuality was incidental to the story, very subtle, it did inform their political decisions. We wanted to find somebody who could do that, who could tell a story about being gay but in a subtle way. Neil’s solution to the problem was to do a play about a long-term relationship, which we thought would be like watching paint dry, but he said, Watch me. And so I [Adrian] made two puppets of ninety-year-old men and two puppets of nineteen-year-old men. We took two sketch puppets to London to show Nic Hytner at The National and he loved them. So it’s been a wonderful journey from reading a novel to making a play. 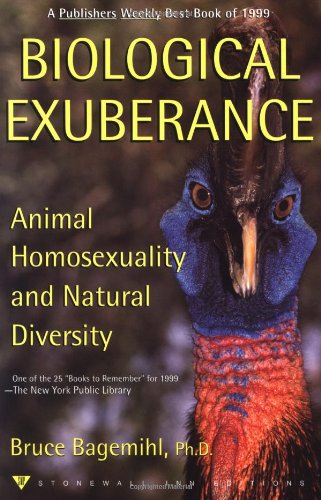 And your second book – still with the gay theme, but rather different!

It’s called Biological Exuberance. It’s an enormous study of homosexual behaviour amongst every kind of insect and animal. The evidence in this book is overwhelming that there is a huge amount of same-sex behaviour in the natural world. Most of the sexual behaviour amongst giraffes is same-sex, but also amongst dolphins and whales, and especially penguins. The book was introduced to us by Marthinus Basson who worked with us on Tall Horse [a play about a giraffe]. It is not a book that one reads from beginning to end, but it is a book that we refer to when people say about being gay that it’s not natural. We quote from it when the Watchtower people come around.

How has this book informed your work?

Only indirectly, but since we have always had to think very carefully about human and animal behaviour in our work, it gives us a point of reference, not just to ‘gay’ behaviour, but to how humans and animals interact in any social situation. 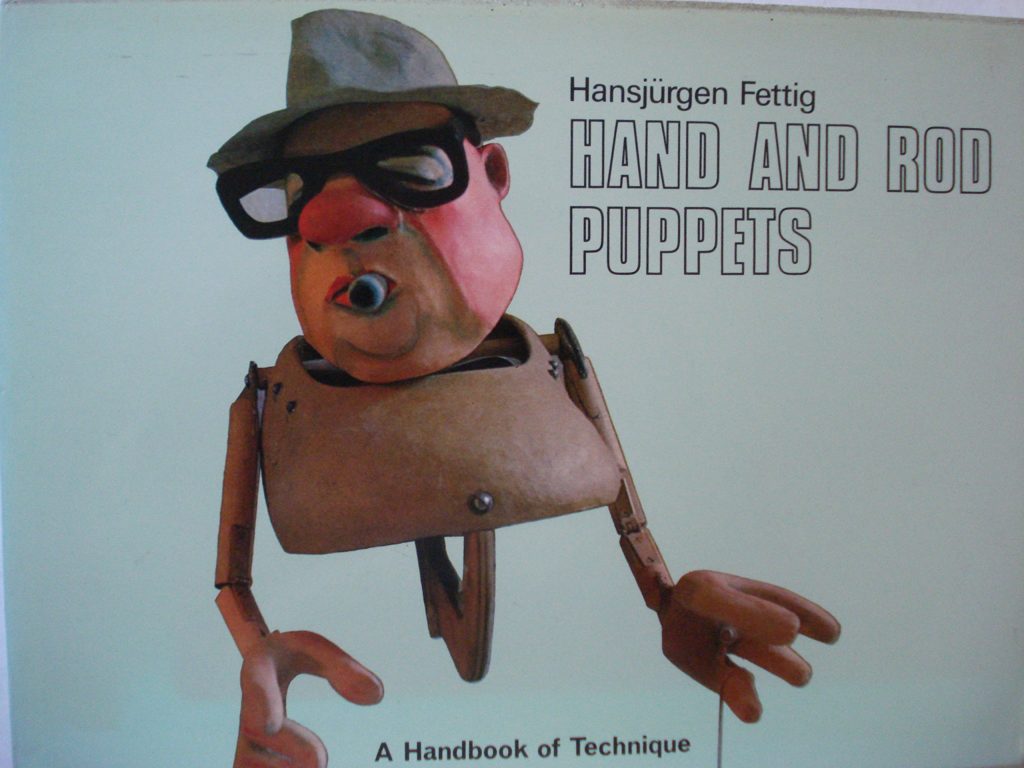 Your next book is something of a departure and takes you back somewhat. Why is a book about a childhood fantasy so important to your practice?

Enid Blyton’s The Magic Faraway Tree is about the fantasy worlds we construct. Our work has always been about constructing worlds, and I have realised time and time again that this began for me [Basil] with this childhood story of escape and enchantment. We have often tried to buy it from an antiquarian children’s bookstore in one of those side streets near the British Museum, and when I asked them why they don’t have it the person there said it’s one of those books that if people have them they don’t ever let them go. 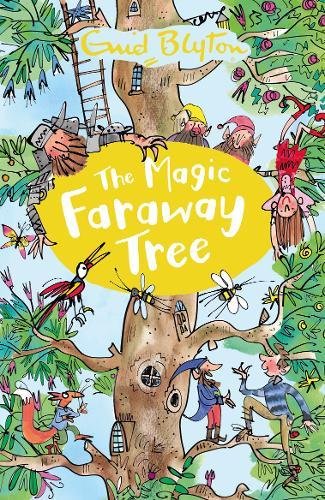 What is its specific relevance to your work in puppet theatre?

It’s the idea that one could climb up a tree and go into another land, a fantasy. Well into our time as puppeteers, going from city to city, I [Basil] realised that I was living the life of these books that had been so important to me as a child. I realised that we would stay in one place for three days and then move onto another place, and in each place we would create a world. The Magic Faraway Tree was so fantastical, whereas a lot of Blyton’s stories were about real situations. 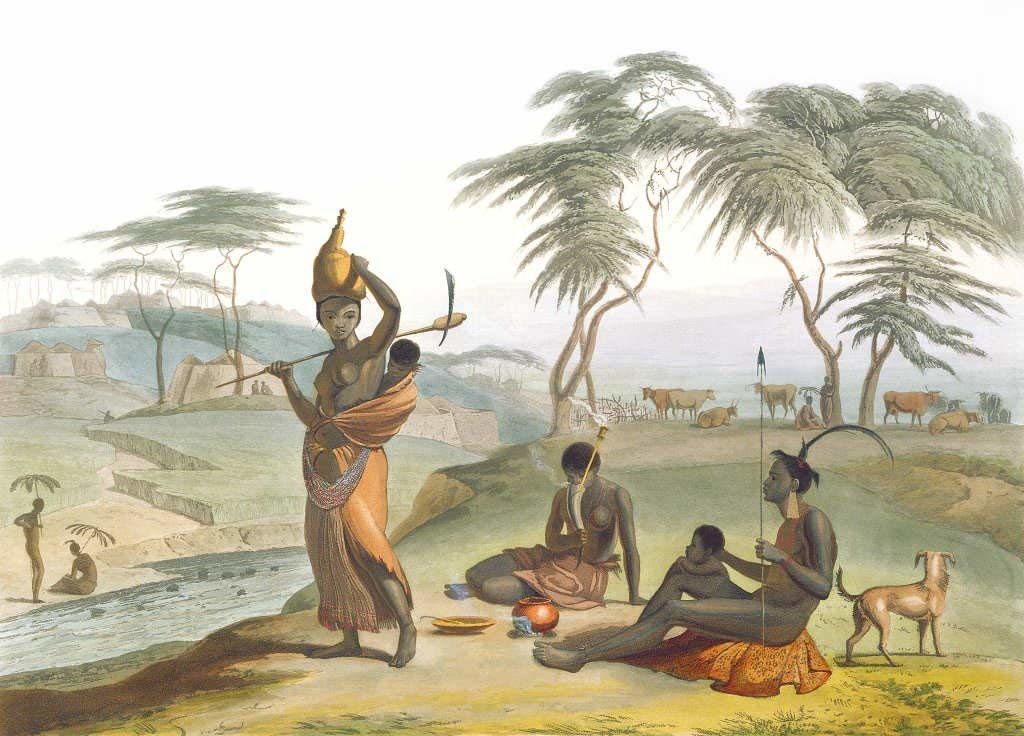 Her stories fascinated us I suppose because they depicted worlds in which children made their own rules, but not in the frightening way of Lord of the Flies. What about your next book?

Yes, a book called African Scenery and Animals that I [Basil] was introduced to when I worked at the National Museum and Art Gallery in Botswana. It is the most sought-after and highly valued piece of Africana – published in the early 1800s. It is a very beautiful production, a huge book. Each of the images is beautiful and if you have one or two of these you are lucky. Through the book you get to know the artist – the National Museum has a couple of his works. He was the first European to draw African people with a deep understanding and sensitivity and love.

Why would a relatively obscure colonial artist capture your interest?

Daniell was fifty to seventy years ahead of his time, the first person to represent the Other not as grotesque or curious. Although he is a colonial artist, what you see in his original work, his sketches from which the engravings in the book are taken, are depictions of the continent before the colonial context. He was the first artist to visit the Batswana and the first to depict the Khoi San people in a sympathetic way.

But secondly, it has led me to contemplate another possible life as a curator, quite apart from our work in theatre, but nonetheless an extension of it. There has never been an exhibition of the artist, Samuel Daniell. I wanted to do one until I realised what the cost of the insurance would be, and I then I thought, Well I am a puppeteer.

And thirdly, I suppose because of the book’s connection to an important period in our theatrical lives when we were caught up in the work of artists and writers living in exile and trying to find ways to influence what was happening in South Africa. This was a formative period for all of us and it influenced all of our work.

Has his way of drawing influenced you in any way?

No, the drawing style is very different to our way of making puppets – too classical and not nearly as expressionist as we have tried to be. But the next book has been a fundamental influence on our work – Glove and Rod Puppets by Hans Jürgen Fettig, translated by John Wright.

This is something of a classic reference for puppeteers.

Yes, it was published in the seventies and is a very rare book now. But it was the handbook that was my bible and has been a constant reference for the designing of puppet movements. I [Adrian] didn’t study puppet theatre at university and so I have had to teach myself everything along the way. The book was introduced to us by Toby van Eck – he had gone to study with Fettig who, by all accounts, was a grumpy man and didn’t have a fully fledged professional theatre career, but his great passion and skill was to make and perfect direct-controlled puppets. There are lots of illustrations and diagrams and mechanisms – indispensable.

Basil Jones and Adrian Kohler are founders of the cutting edge Handspring Puppet Company whose signature style involves puppeteers sharing the stage with their puppets, along the lines of Japanese Bunraku but adapted so that the puppeteers are not obscured but form an integral part of the action on stage. Their creations for the smash hit War Horse are stunning audiences this Christmas at the New London Theatre and will hit the Lincoln Centre in New York in 2011 after a European tour. Their production of Woyzeck on the Highveld is currently touring in Spain and France.

Giles Swayne on The Lives of Classical Composers

Slavoj Žižek on His Favourite Plays

Basil Jones and Adrian Kohler are founders of the cutting edge Handspring Puppet Company whose signature style involves puppeteers sharing the stage with their puppets, along the lines of Japanese Bunraku but adapted so that the puppeteers are not obscured but form an integral part of the action on stage. Their creations for the smash hit War Horse are stunning audiences this Christmas at the New London Theatre and will hit the Lincoln Centre in New York in 2011 after a European tour. Their production of Woyzeck on the Highveld is currently touring in Spain and France.