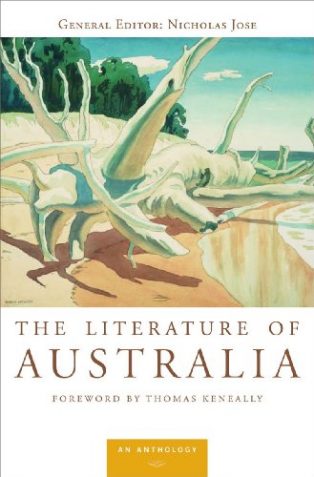 Australia is a highly urban place and yet the imagination of its writers goes to remote places and times, says Australian novelist Nicholas Jose. He picks the best Australian novels.

It was written during the Second World War by two women in collaboration. Marjorie Barnard, who was a librarian, and Flora Eldershaw, who was an historian, and they took a very long view in the book. 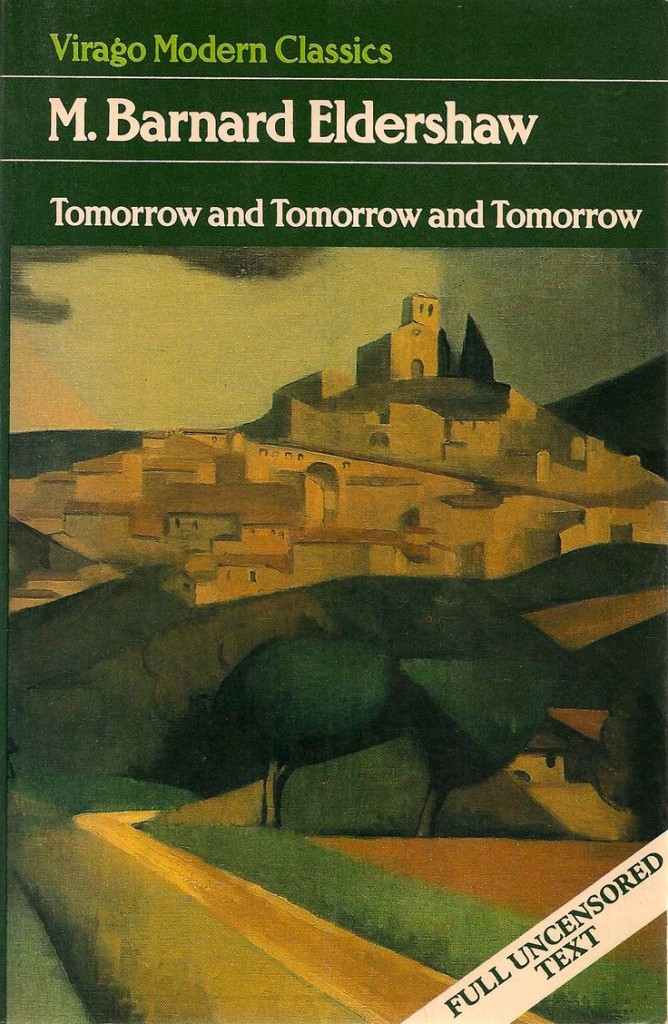 It is set in Sydney but it goes right back to a mythical past and then it also goes forward into a completely futuristic world, because at that time they imagined that Australia could easily be wiped out because of the war, and then the threat of nuclear war that emerged out of that. They were left-wing people and they believed that a whole new world order might be possible. But this would involve the destruction of the old order. So it is quite a remarkable book because of its sweep and visionary quality.

A lot of the novel is set in the Depression and deals with the very difficult circumstances of people trudging through the city and feeling hopeless. But then the novel has this incredible energy of imagining the whole place burning and people fleeing and this futuristic world at the end.

It sounds similar to those apocalyptic films that have been made over the past few years. What was the reaction at the time?

Well it is very much in that vein. What happened at the time is that it was heavily abridged for publication in 1947 and a lot of the politics and the most scary stuff was removed and it was only in 1983 when Virago in London published the unabridged version that you really could read the novel, and I think that is one of the reasons why it is not as well known as it might be.

And what makes it a great novel for you?

I love it because it is just such a huge imaginative picture. I really like the large canvas, and then I find the characters and how they struggle to make sense of things in that very difficult environment of the 1930s and 40s very moving. It is very close up on these people. 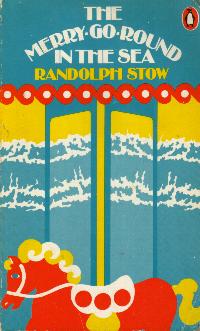 The Merry-Go-Round in the Sea

The Second World War is also part of your next novel, The Merry-Go-Round in the Sea by Randolph Stow.

This is a book set in Western Australia on the shores of the Indian Ocean in a small country town with a family that has been there for some generations. So there is this established life in this remote place. And then the Second World War comes as a threat to that. It is told from the point of view of a young boy. He hero-worships his cousin who goes off to the war, has horrible experiences in the Pacific and comes back bitter and disillusioned. It is about the young boy’s reaction to all of that.

It’s a beautifully poetic novel. I read it when I was a teenager and it’s retained its glow for me over the years. 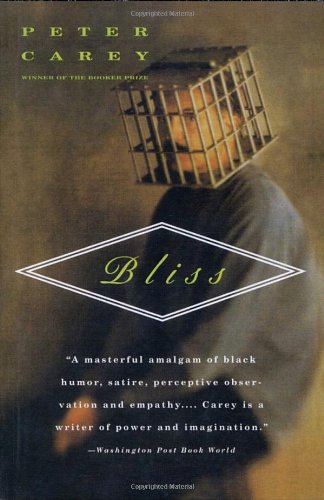 You’ve chosen Peter Carey’s Bliss, which is less well known than his Oscar and Lucinda.

Peter Carey is an endlessly inventive novelist who is still writing. I think this is his first novel and I like the way he introduces the dimension of fantasy and magical realism. It is set in the very lush rainforest of northern New South Wales, but suburbia and corporate life creep in. The main character was in advertising. You have also got all the craziness of an alternative lifestyle and breaking free and going into the rainforest. It is almost an environmental novel. The man has been through a near-death experience which is what drives him to break free from his corporate existence. And it has that magical Carey inventiveness which I really like.

So what do you think makes Carey such a great novelist?

He loves weird stories and he is not a truth-teller. He just spins on into lies and fantasy. In Oscar and Lucinda he has marvellous description of a glass church floating down a river. So for me it’s the way he allows his imagination to play and to fill the space. He is also a very elegant writer. 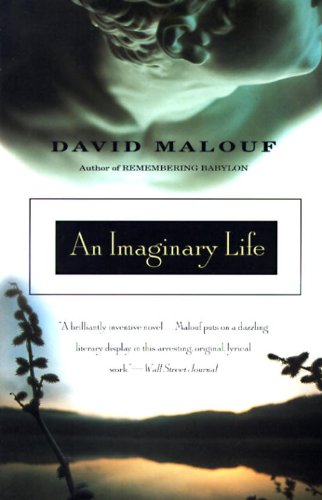 We are now off to somewhere completely different with An Imaginary Life by David Malouf.

This is an imaginary life of the poet Ovid, who was exiled from imperial Rome to a remote village on the edge of the Black Sea. And once there he encounters a wild boy who has no language. So you’ve got this highly attuned language person, Ovid, and this wild boy with no language. And it is about the communication between them, as Ovid gradually sheds his old identity and experiences the world in a new way.

And how do they manage to communicate?

Well, they do it through the body, in looks and movements and by sharing the simple rituals of daily life, as they find a new language of mutual understanding.

And what makes this one a classic for you?

What is interesting about it is that it seems to be a metaphor for Australia. This wordless, maybe innocent, maybe not so innocent space. And what Malouf does is interesting because he turns the commonplaces of this ordinary inarticulate Australianness into a philosophical meditation. 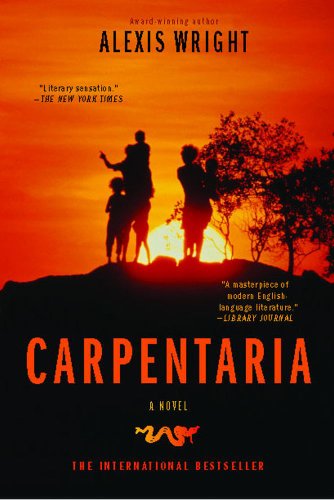 Your final choice, Carpentaria, is by an Aboriginal woman, Alexis Wright.

This is the most recent novel on my list. Alexis Wright is from Northern Australia and the book is set in a place called Carpentaria on the coast of the Gulf of Carpentaria, which is still largely inhabited by Aboriginal people. So it is a place where ancient myth is still alive and also a lot of contemporary politics. Geographically, it has these huge tidal flows of the wet season and the dry, and the great wild rivers, and the novel works like that too, with a flow of language which is very funny and very eloquent. The characters in her story are larger than life and act out their dramas on this big, big stage.

Alexis Wright is a one-off. I love her voice, which is very colloquial and crackles with humour and with slang, but is also rich and lyrical, almost operatic, almost biblical at times. She just talks to you throughout the novel. As she is telling these stories and bringing these characters to life, she comments on them and jokes about them.

Yes, it is. It is oral history but also contemporary history, which makes it fascinating and politically charged. Part of the story is about sabotaging a big multinational mine, and the people who do that are listening to music and travelling around in their cars, living in popular culture. So it really does have a contemporary feel about it.

You have edited an anthology of Australia literature. What stands out for you about Australian writers?

As you will have heard with my choices it is very hard to separate the literature from the sense of the place. And that is just as true for the past as for its contemporary energy. You get this weird thing in Australia. It’s a highly urban place and yet the imagination of the writers so often goes to remote places and remote times. The landscape is so vast and unwritten that it is appealing to writers and I think that is something distinctive to Australia. And the way people deal with that, through irony, through humour, through exaggeration, which all of these books I have mentioned have in different ways.

Nicholas Jose has published short stories, essays, several acclaimed novels, and a memoir. He is Chair in Writing at the University of Western Sydney and Visiting Chair of Australian Studies at Harvard University for 2009-2010. He is general editor of the Macquarie PEN Anthology of Australian Literature which is published internationally as The Literature of Australia. ‘You get this weird thing in Australia,’ he says. ‘It’s a highly urban place and yet the imagination of the writers so often goes to remote places and remote times. The landscape is so vast and unwritten that it is appealing to writers and I think that is something distinctive to Australia.’

Nicholas Jose has published short stories, essays, several acclaimed novels, and a memoir. He is Chair in Writing at the University of Western Sydney and Visiting Chair of Australian Studies at Harvard University for 2009-2010. He is general editor of the Macquarie PEN Anthology of Australian Literature which is published internationally as The Literature of Australia. ‘You get this weird thing in Australia,’ he says. ‘It’s a highly urban place and yet the imagination of the writers so often goes to remote places and remote times. The landscape is so vast and unwritten that it is appealing to writers and I think that is something distinctive to Australia.’ 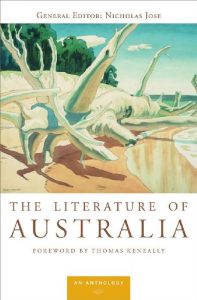 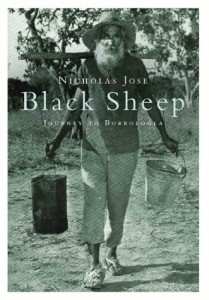 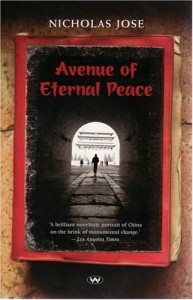 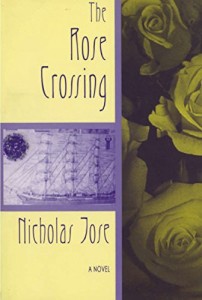 The Rose Crossing
by Nicholas Jose