The best books on Cakes 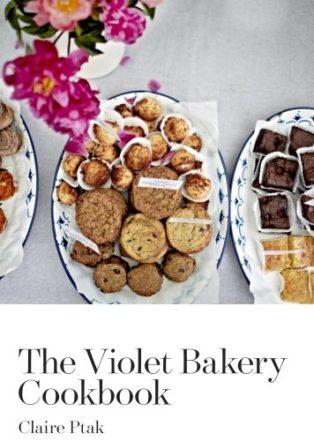 Claire Ptak, owner of the Violet Bakery in London and former pastry chef at Chez Panisse, recommends some of her own favourite cookbooks. [Since speaking to us in 2015, Claire Ptak has subsequently designed Harry and Meghan's wedding cake]

Is it true that you baked the cakes for Obama at his inauguration?

No. Though I did bake cakes in Washington on inauguration day. Alice Waters, who runs the restaurant I used to work in, Chez Panisse in California, got a phonecall saying she was needed in Washington, that Obama needed a lot of dinners and cakes and could she manage something? So she hired a huge house and told all of us: ‘We’re cooking for Obama.’ We were so excited! But then it turned out that there were about 50 separate dinners being cooked across the city in hopes that one would be attended by the Obamas and it was just kind of presidential pot luck. Anyhow, we cooked an amazing meal with chefs from all around the world, all of it locally sourced from farmers’ markets the day before, and in the end the Obamas didn’t come. I made apple tarts and walnut ice-cream. 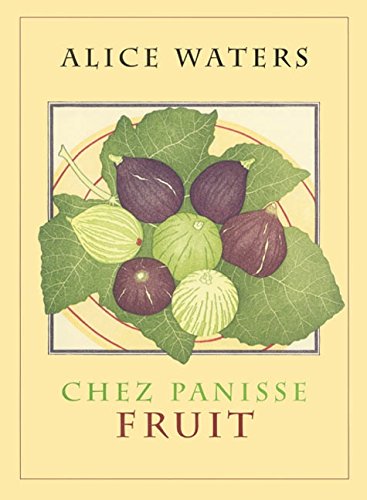 Alice Waters runs this absolutely amazingly cool restaurant in Berkeley and popularised the whole locally sourced organic thing we’re all so familiar with now. This book came out just before I was applying for jobs. I remember the Chez Panisse pastry chef gave a talk about apples at the local farmers’ market, and the way he talked about apples – the thousands of varieties – was amazing. And then he passed round different apples and made this apple and huckleberry crisp and passed that around – it was unbelievably good. I got the book and then I went to see Alice Waters and said ‘I want to come work at Chez Panisse’.

The book’s very simple. It’s alphabetical and it lists almost every fruit that you can use. There are sweet and savoury recipes – grilled cured duck breast with pickled peaches… They use a lot of fruits in the savoury dishes over there. They’ll use fig leaves to bake the fish in and then bake fig tarts or fig cookies or make fig ice-cream.

A Platter of Figs and Other Recipes

Tell me about A Platter of Figs by David Tanis.

David Tanis works six months of the year in California and six months in Paris and he has a little supper club in his house. At Chez Panisse I was pastry chef when he was chef – he came back after having been away for many years. People do that. They leave to do their own thing and then they realise what an amazing place they’ve left behind. But Alice and David have worked out this great compromise and in California menu meetings were amazing. David would say: ‘We need a satin cloud with a purple streak through it,’ which would mean something like meringue with a blueberry deal going on…

So he thinks in a very abstract way and then moves to the particular?

Yeah, and he’d always know exactly what a dish needed – like teeny tiny frozen mango balls to float in a tangerine soup made with coconut sorbet. He was always, always right. A Platter of Figs is a book everybody should have. 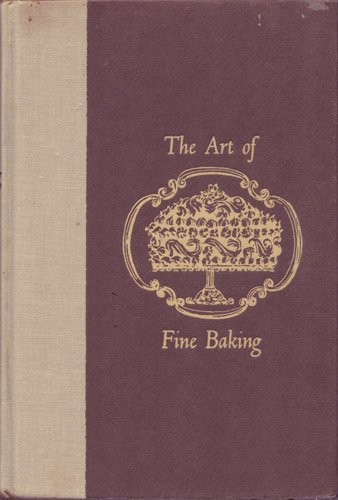 The Art of Fine Baking

What about your third book, The Art of Fine Baking by Paula Peck.

I found that book in a second-hand bookshop in Oregon and I just liked the cover. It had all these beautiful old sweet moulds and stuff on it. I got it for $2 and I took it home and it was just this incredible book – an amazing resource. And I didn’t even notice when I bought it that James Beard had written the preface – a wonderful American, old-school chef who has a cooking school and sponsors an annual award. So this book has Beard’s seal of approval and it’s a great book. It’s old-fashioned cake recipes; not that old – 1960 – but obviously Peck’s influences are older than that. She’s got a great recipe, for example, for seed cake, and a totally different method for doing it. It’s not your grandma’s baking because she’s got this delicate touch. I mean, I’m not saying your average grandma’s not a great cook or that she doesn’t have delicious recipes, but she usually bakes them with a kind of heavy hand. Like even maybe some lard in there, lots of sugar, white frosting. But this is about fruit and fine pastry. 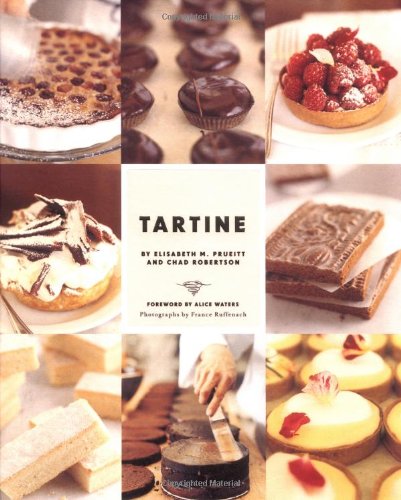 by Elisabeth Prueitt and Chad Robertson

Tell me the story behind Tartine.

So, these guys, Liz Prueitt and Chad Robertson, opened a shop. She’s an amazing pastry chef and he’s a bread baker and they opened a shop in this little tiny Californian town called Point Reyes Station where I grew up. They just rolled up and started baking amazing bread and the whole town would have this incredible smell of baking. And then she would bake these fruit tarts that would sell out in an hour. They were there for just under a year, and then they opened a larger bakery in another town and eventually set up in San Francisco. But I remember that first tiny shop. There was a line around the block every day. They were so smart. They were baking these things and selling them straight out of the oven.

So, anyhow, then they bought this book out, Tartine, with all their secret cake recipes.

by Constance Spry and Rosemary Hume

Your last book is by Constance Spry, the only Brit on your list.

I had to have at least one English book in here because I live here, and because when I moved here I thought, shit, I don’t know how to make these British puddings.

Technically, what is a pudding?

Well, all of these steamed puddings. We just don’t have anything like that. And also the fruitcake. It has just the worst reputation in America. Here everybody goes crazy for it at Christmas time – everyone’s like, hey! Christmas pudding, Christmas cake!

I once got detained at Customs in the States for having a Christmas pudding in my suitcase. The customs officer told me that next time I should declare my pudding.

There you go! That’s how Americans feel about it. But in England I thought, if this many people are this passionate about it there’s obviously going to be a really fantastic recipe for it, and it’s just been bastardised and sent out to America and turned into something absolutely disgusting with glossy cherries in it. So I looked to Constance Spry to reveal this delicious original ancestor and I was not disappointed. She really helped me to learn. I looked up quite a few other fruitcake recipes too, in fact. And I came up with one of my own that I really liked, and now I do Christmas cake and I really love it. So Constance Spry is kind of my English Paula Peck. But Peck’s book is just on pastries, whereas Spry’s book covers everything, the whole range.

When I was a kid I would judge the character of my mum’s friends by their shepherd’s pie and fruitcake. If the shepherd’s pie was watery and the fruit cake was dry, then they were evil.

Well, my husband’s a vegetarian, but my fruitcake is never dry.

Claire Ptak takes cakes seriously. She started out at Chez Panisse and is now running her own business in London, Violet.

Baking & Desserts Food & Cooking The Best Cookbooks
Save for later

Becky Krystal on The Best Baking Cookbooks of 2021

Claire Ptak takes cakes seriously. She started out at Chez Panisse and is now running her own business in London, Violet. 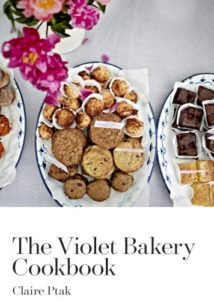