The best books on Indian Film

Professor Brian Shoesmith chooses five books that celebrate the lavish history of the Indian film industry. He maintains that Bollywood has become a global brand — in Perth, you can even take classes in Bollywood dance.

Please tell us about your first recommendation, Indian Film by Erik Barnouw and S Krishnaswamy.

For almost 25 years, this was the only serious academic book in English devoted to Indian cinema. It was a struggle for film studies to be accepted in academia anyway; and when that struggle was going on, the focus was on European films, Hollywood, and national cinema in Australia. People weren’t paying much attention to Indian cinema. Erik Barnouw had a fine reputation as a scholar of the media and he had written three history books about broadcasting in America, plus other books. He became interested in Indian film at a stage when none of us at that point had the language skills. Erik teamed up with the son of a famous Tamil film-maker, M V Krishnaswamy, and the book was published in 1963, with a second edition being printed in the early 1980s. 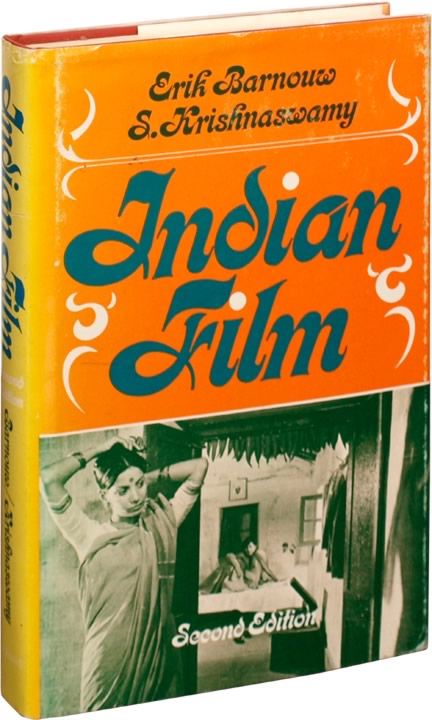 by Erik Barnouw and S Krishnaswamy

This book has since been overtaken by thousands of others, but for a long time it was the book, and it wasn’t a bad book. The early sections on the British period, including the struggle that filmmakers faced, were very sound. The revised edition brought it up to date with some theory and the direction Indian cinema was taking.

I should say that the problem with discussing Indian cinema is that in some ways, there is no such thing. There are cinemas – Bengali, Tamil, Malayam, and so forth – and each is linguistically and culturally based. And overarching that is Bollywood, the films that are made in Mumbai. Bollywood seeks to be an all-Indian cinema but there are people who never watch it and prefer, say, Tamil films, or they might watch both. Some people think that Bollywood is Indian cinema but it’s not. Although it’s certainly the most important, it is only one amongst many.

When was Indian cinema born?

The first feature film made in India was made by Dadasaheb Phalke in 1913. That’s quite an interesting story in its own right. Phalke was a Brahmin from Pune district. He was well educated and his father was a professor. Phalke became interested in technology and went into printing and photography. The legend is that he went to see an Italian film called The Life of Christ and afterwards he said, ‘I could make a film about our gods.’ He is generally regarded as the father of Indian film. 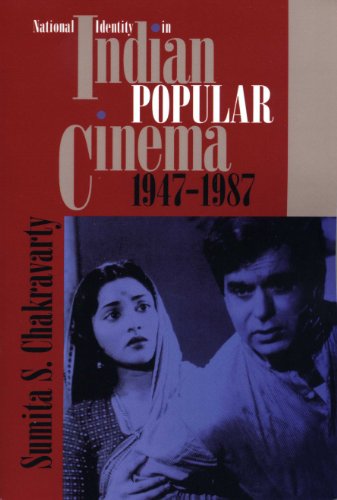 Why do you recommend Sumita Chakravarty’s National Identity in Indian Popular Film, 1947-1987?

This book is very interesting because it marks a significant step in film history and analysis about Indian films. Until the time it was published, most books were debating the British role in Indian cinema – whether the British had hindered the production of film, whether they had been neutral or whether they encouraged it. But by and large it was all in terms of nationalism versus imperialism.

What Chakravarty did was to move away from that by stating that film has played a very important role in the formation of modern India’s identity. She redirected the way we think and talk about Indian cinema and it was important that it happened at that time. After this book was published there was a flowering of scholarship, particularly among young Indians.

“Film has played a very important role in the formation of modern India’s identity.”

Chakravarty also looks at how masculinity and femininity is constructed in films and it’s very interesting. The British decided they would classify men in India according to their martial prowess. They encouraged groups of Indians who they thought were much more aggressive and martial in their bearing to become the backbone of the Indian army. For example, the Punjabis, whether Hindu or Muslim, were encouraged to join the army. The ideal male in films was also the tall, fair-skinned northerner. That is certainly the image that Bombay films sought to adopt. And if you look at the heroes today, such as Shah Rukh Khan, all of them are tall, fair skin northerners. Heroes in Tamil cinema, for example, have different characteristics.

What does Chakravarty say about the shaping of femininity in Indian cinema?

In Phalke’s early films, women were played by boys, some of whom had moustaches. This was because in Indian culture there had always been an association between females acting and prostitution. So no self-respecting Brahmin woman would put herself forward as a film actress, because of all the connotations acting had. The rumours are that some of the early females in films were prostitutes, but I think that’s hard to verify. The first batch of stars were Anglo-Indian women.

The greatest of all early female stars was Nadia. She spoke Hindi very badly and she was actually born in Perth, Australia, as Mary Evans. Her father was a pensioner guard and when the convict camps were closed down he reverted to the Indian army. She was quite a character in all senses of the word. She played an intensely masculine woman, cracking whips, solving problems, standing on top of trains. It’s amazing stuff. 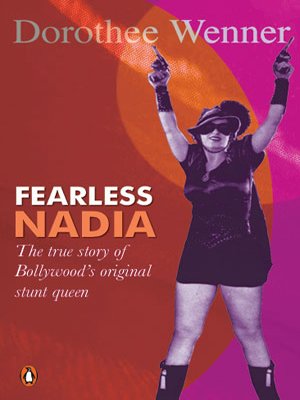 Let’s turn then, to the book written about Nadia, Fearless Nadia: The True Story of Bollywood’s Original Stunt Queen, by Dorothee Wenner.

This is a fascinating book. It doesn’t have any footnotes or references but it’s a scholarly book. Wenner explains how she became fascinated by Nadia – I believe she had some association with her family. There were all sorts of rumours about Nadia’s ancestry, such as whether her mother was Greek or Anglo-Indian. I believe a consensus emerged that she was Anglo-Indian.

For a time Nadia lived in England, and she had a varied career before becoming the most improbable film star. She was enormously popular. There is also a half-hour film made by one of her nephews called Hunter Wallah.

Nadia was significant and interesting as an actress but also in her mediating role as the wife of an influential Parsi film-maker. At the turn of the 20th century or even before, and most certainly through to the 1940s, the Parsis were one of the most important groups in Bombay, both financially and culturally. They were the first industrialists and bankers and they also became lawyers and film-makers. But they were always perceived to be cosmopolitan and they made cosmopolitan, social films. However Nadia was not cut out for social issues because she preferred adventure. They made a series of adventure films in which she played a starring role. 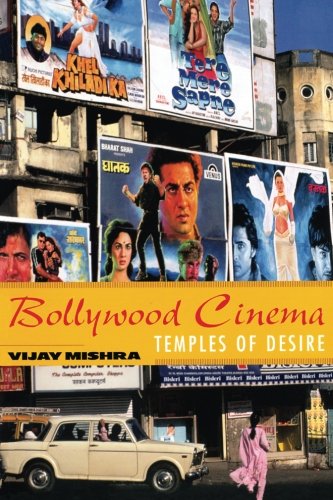 Next on your list is Bollywood Cinema: Temples of Desire by Vijay Mishra.

Vijay is an old friend of mine and we have also worked together. We once co-published a book called The Actor as Parallel Text in Bombay Cinema, in which we were the first to trace the career of the heroic figure Amitabh Bachchan through the 1970s, 80s and 90s.

Vijay was much more interested in textual analysis than me. He continued to pursue his interest in Bollywood and in literature. He also has a long-standing interest in Sanskrit and devotional poetry. Vijay is one of the most grounded and qualified people to discuss Indian film. He is also a Fijian Indian – his youth was spent watching Bollywood films exported to Fiji.

If you say Bollywood, most people would identify it immediately with song and dance and an excess of colour and sound. In Perth nowadays, it’s possible to take classes in Bollywood dance. Ten or 15 years ago that would have been considered bizarre. Now there are Bollywood seasons at international cinema halls and exhibitions are held at the Victoria and Albert Museum in London. Vijay tracked this and explains it in a very interesting way. 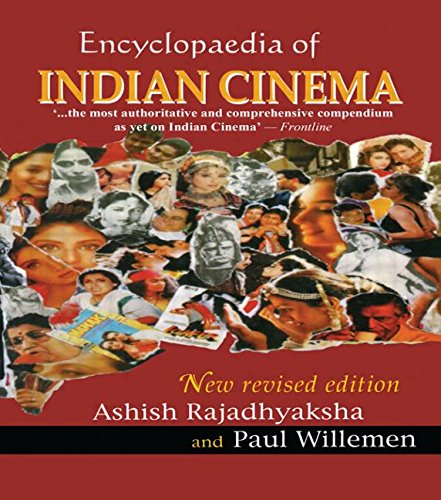 by Ashish Rajadhyaksha and Paul Willemen

This is a labour of love. There have been subsequent companions and other encyclopaedias, but both authors are substantial film scholars in their own right. It’s remarkably accurate and it’s an indispensable tool for scholars working in Indian film. There are also some interesting interpretive essays and it’s organised into films and people.

I was greatly influenced by Rajadhyaksha when I was writing about cinema at a much earlier stage. Rajadhyaksha was one of the first people to take the ideas of Michel Foucault into the history of Indian film. Rajadhyaksha remains an important scholar.

Finally, which Indian films would you recommend to us?

Pyaasa by Guru Dutt was made in the 1950s and it is one of the world’s great films and a personal favourite of mine. It’s an amazingly good film.

From a latter period there is Bobby, which was directed by Raj Kapoor. It was a landmark film and in some respects it’s a remaking of Romeo and Juliet. It’s good fun and has all the ingredients of a Bollywood film – lots of action, romance, song and dance.

More recently, there are films such as Namastey London, which I like to show my students because it so uniquely sets up the division between London and India, with the idea that you can take the girl out of India but you can’t take India of the film. It’s a nice, reassuring film.

Brian Shoesmith is a professor at the University of Liberal Arts, Bangladesh, and is an adjunct professor at Edith Cowan University in Perth, Australia. He is the author of many books on Indian film.

Brian Shoesmith is a professor at the University of Liberal Arts, Bangladesh, and is an adjunct professor at Edith Cowan University in Perth, Australia. He is the author of many books on Indian film. 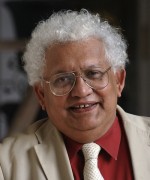