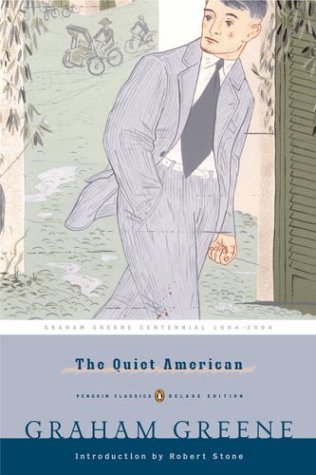 Why do you recommend The Quiet American by Graham Greene?

It’s a fantastic novel, which is set in Saigon in the early 1950s and foreshadows the Vietnam War. It’s particularly nice to read when you’re in Ho Chi Minh now because Greene describes the city extraordinarily well. It’s obviously set in a very different time, but many of the buildings he writes about can still be seen today.

The plot involves an embittered British journalist, Fowler, who is living in Saigon. Fowler, an opium addict, is in love with a young, beautiful Vietnamese woman called Phuong. Fowler then meets Pyle, ‘a quiet American’, and he initially feels an almost paternal instinct towards him. Later he realises that Pyle has fallen in love with Phuong and steals her away from him. Phuong wanted to marry Fowler but he couldn’t get a divorce from his Catholic wife. When Pyle makes all sorts of promises to marry Phuong and take her to the United States, Phuong accepts – before everything then changes. Fowler gradually realises that Pyle is in Vietnam as a passionate advocate of a ‘third force’, which then stirs up a local uprising to win the war. This involves tactics such as planting bombs in public places, which kills innocent people.

Fowler’s relationship with Phuong in particular is beautifully described and it’s a very careful and insightful portrait of the nature of some relationships between Western men and young Southeast Asian women, which still has much resonance today. 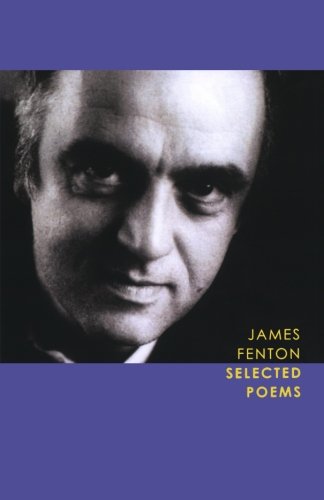 There’s an awful lot of very good reportage and academic books about Southeast Asia and Indochina, particularly during the 60s, 70s and 80s, when there was so much conflict going on. For the generation before mine, it was the defining story. Fenton was a journalist in Cambodia before Phnom Penh fell to the Khmer Rouge, and then moved to Saigon, where he famously rode the first North Vietnamese tank to reach the Presidential Palace. What is so good about Fenton’s poetry is that he somehow manages to distil the real essence of being a frontline war correspondent, and what the refugee camps were like, and how ironic it is that the Americans bombed Cambodia and helped the Khmer Rouge come to power by destroying the country. Fenton has condensed all that into beautiful lines of verse, and it’s a nice way to read about the heartbreaking ironies of what took place in Indochina [today known as Laos, Cambodia, Vietnam, Thailand and Myanmar].

His poem ‘Lines for Translation into any Language’ is about what happens to ordinary people when a society is convulsed by violence. It could apply to Cambodia after the Khmer Rouge fell in 1979, or to parts of Cambodia in the early 1990s before the UN went in, to Bangladesh in 1971 or to post-earthquake Haiti. As a foreign correspondent, it is sometimes heartbreaking to be compelled to write in muted English about, say, 123 people suffocating in a fire, whereas this poem conveys things that a news bulletin cannot. 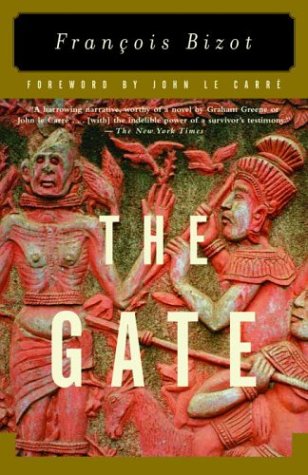 Bizot was a Frenchmen living in Cambodia and he was taken prisoner by the Khmer Rouge. He was just a hapless academic in the wrong place at the wrong time, but the Khmer Rouge were obviously a very paranoid regime and thought that he was a CIA spy and wanted to execute him. Bizot spoke fluent Khmer and he developed a relationship with his prison guard, Duch, who went on to head Tuol Sleng (or S-21), one of Pol Pot’s secret prisons. Duch has just been sentenced in a UN-backed war crimes tribunal to 35 years for his crimes against humanity, though it was reduced to 19 years.

Bizot was the only foreigner who was caught by the Khmer Rouge and released alive. Basically, the reason why he wasn’t murdered was because of the relationship he built up with Duch. Duch himself was a young, very ideological Khmer Rouge cadre who believed in the revolution and a wonderful agrarian utopia. Bizot’s book chronicles his rising disgust at Duch’s ideology.

And much of his book deals with his contempt for the foreign academics who facilitated the emergence of the Khmer Rouge by propagating these ideas of ‘purity’ and ‘year zero’ – these concepts of an end state were very Marxist and the ends were thought to justify the means. Many leaders of the Khmer Rouge had studied in France and had been highly influenced by such ideas put forth by French academics. Bizot was released after three months of captivity in 1971, but many academics wouldn’t listen to him when he tried to tell them about the cruelty of the Khmer Rouge regime.

Although Bizot wasn’t held in Tuol Sleng prison, it is worth visiting such prisons today (and there are hundreds throughout Cambodia) because it will help you to understand where Cambodia has come from. Cambodians are still very much traumatised by what happened to their nation and it’s only just being introduced into the school curriculum. Visiting the prisons is both sobering and shocking. 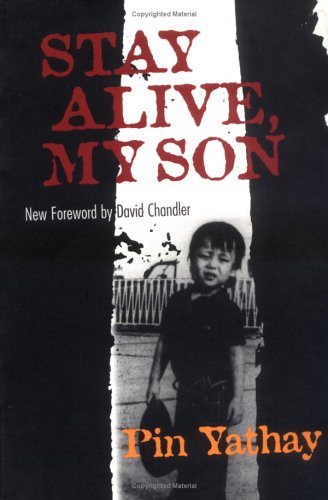 There are numerous memoirs written by Cambodians who survived the Khmer Rouge regime, but I recommend this one in particular because it is written by someone who was older than most – for example, Loung Ung, Theary Seng – when the Khmer Rouge took control of Phnom Penh. The author was an engineer at the time and he was married and had two young children. Three generations of his family tried to leave Phnom Penh – he was the only one who survived.

Yathay describes the confusion of that period. Cambodians had experienced a civil war, American bombing, the corrupt Lon Nol regime and so, to some extent, the takeover was quite welcome. At first many people, including the educated middle class, thought the Khmer Rouge would be better, and thought that at least the war was over. How could things get worse? But of course it did. Yathay describes how things became worse on a personal level – how he watched his children starve to death, how society was turned on its head and how everything that was sacred turned to ash.

Yathay made it out of Cambodia as a walking skeleton by crossing the border to Thailand. The title, Stay Alive, My Son, refers to his own father telling him to hang on, and how those words helped him to survive. Part of the book deals with the author’s guilt of not having recognised what was going on earlier – his father had tried to warn him, but he hadn’t listened.

Such memoirs are far from cheerful and it’s certainly not the West’s finest hour in terms of foreign policy, but it is testament to the resilience of these Southeast Asian nations that it is now possible to travel happily around them when 30 years ago it was a horrendous situation. Of course, the legacy remains – Laos still has the most unexploded ordinances in the world and many children and farmers both in Laos and Cambodia are maimed horrifically every year. As a traveller, it will certainly make your trip more interesting if you understand the background to the West’s involvement in this region. 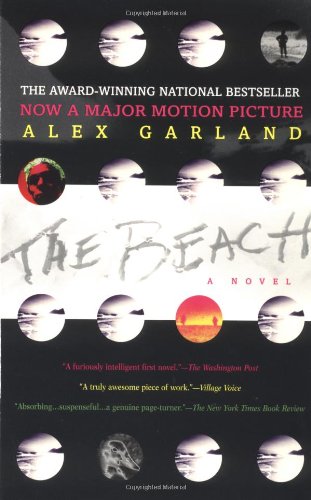 The Beach by Alex Garland.

This is a great book to read on the beach, and it’s much better than the film. It’s an interesting pop-culture musing on the idea of backpackers travelling around in search of unspoilt beaches. It deals with themes many people are likely to think about when travelling around the region. For example, is it possible to find an unspoilt beach? And what do backpackers do to the societies we visit? For example, how much good has it done the locals to have areas with thriving sex industries? Yes, the money flowing in is good, but how much has it really benefited the area?

The Beach deals with what happens if backpackers go militantly in the other direction. This particular group of travellers find a secluded cove and set up a kind of kibbutz. But the book suggests that the idea of trying to find a perfect, secluded island is pretty stupid. The group experiences a Lord of the Flies style meltdown – they all start turning on each other and I think it’s quite dystopian. That said, it is of course nice to get off the beaten track – but this novel deals with how far you can really do that as a backpacker.

A veteran reporter on the region, Catherine Barton is now the Agence France Presse bureau chief in Dhaka, Bangladesh.

Asia Travel World
Save for later

A veteran reporter on the region, Catherine Barton is now the Agence France Presse bureau chief in Dhaka, Bangladesh. 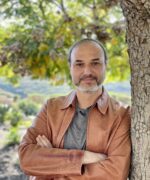