The Labour MP on political diaries. A nugget from the day of the Norway debate, which brought down the Chamberlain government: ‘Sunny morning, went riding in Richmond Park. Strolled into the House for the Norway debate'

I Shall Bear Witness

Can you tell us about diaries in general?

In my opinion what a good diarist needs are an eye for detail, a light touch, and considerable self-discipline. You’ve got to make a record every day and the busier you are – at the top end of politics you do tend to be rather busy – the more difficult it is. As far as politics is concerned, the most successful diaries seem to be those who never made it too far up the greasy pole. Those who did either don’t have the time, or are too busy self-justifying to observe accurately. I think an element of ego is required as well because one is exaggerating one’s relevance and giving undue weight to one’s own contribution, because that’s what tends to stick in the mind.

Shall we start with the Klemperer?

This is one of three volumes and in my view it’s one of the great unsung masterpieces of WWII. Klemperer was a Jewish professor who remained in Dresden just about throughout the entire Second World War while all his friends were disappearing to the camps, living in extraordinarily difficult circumstances as the noose tightened. His survival really was nothing short of miraculous. He always believes the Nazis will fall but what he doesn’t know is whether or not he can outlive them. We know there’s another three years to go, and it’s really a gripping read. It’s a worm’s eye view – it would be wrong to describe it as political because he wasn’t a politician but it’s relentlessly focused on the small picture, and yes, of course it was all politics really, what happened to him and all his friends and colleagues.

Will you tell us about Chips’ Channon?

Sir Henry Chips’ Channon was a Tory MP for Southend – an American who married into the Guinness family and was therefore at home in high society. He never rose in rank above being parliamentary private secretary to the deputy foreign secretary, RAB Butler. His secret was that he entertained on a lavish scale; I mean a truly awesome scale. The king comes to dinner during the middle of the abdication crisis. Churchill comes to dinner, both in opposition and as prime minister. During the war, Field Marshall Lord Wavell – General Wavell as he was then – came back from the Middle East and stayed with Chips for three months. Everybody passes through his salon.

Were they his wife’s friends?

No, his wife doesn’t feature a lot: there are references to her arranging the flowers and how beautifully she did it, and then suddenly, out of nowhere, he says, We’re getting divorced. We’ve separated.’ It doesn’t say why or go into any of the details. He keeps his personal life out of it – I don’t know whether he was gay or what, but anyway she barely features and then she disappears. 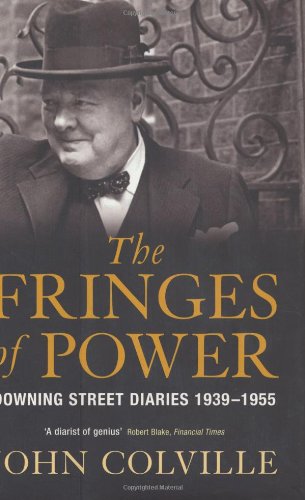 The Fringe of Power

What about Jock Colville?

He was Churchill’s private secretary. He started at the age of 27 as deputy private secretary, and what’s extraordinary from the outset is that his judgment is so very mature – even though he’s a young man. The other thing that I noticed is that all his friends are toffs. He doesn’t seem to know anyone from an ordinary background. He’s a witness to another age of politics. These days politics tends to be terribly frenetic and tabloid-driven, to some extent. It really wasn’t like that then. The first thing that strikes one is how apparently laid back it all was – he was still dining in his club and so forth even though there was a war on. I guess the same handful of families tended to be represented at the higher end of the Tory party for most of the time over a very long period and so they all knew each other from their public schools. On the day of the Norway debate, which brought down the Chamberlain government, the entry goes something like, ‘Sunny morning, went riding in Richmond Park. Strolled into the House for the Norway debate.’ But he is a very good judge of character and this is a really fascinating insight into both the characters at the top and into the nature of government at that time – much more laid back than government today. It might have led to better government – I don’t know. I mean all this racing around doesn’t necessarily do. 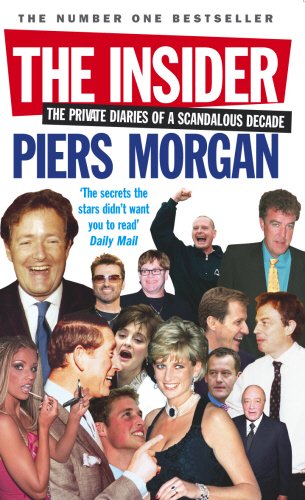 Speaking of tabloid-driven, can we talk about Piers Morgan?

I have a natural aversion to Mr Piers Morgan but I have to admit that his diaries are fairly riveting. He has very high level contacts: Princess Diana’s always ringing him up. He covers the rise of New Labour from about the mid 90s, when he enjoyed a remarkable degree of access to the New Labour court. He writes, ‘Bored one evening, I counted up all the times I’ve met Tony Blair, and the result was astonishing really, or slightly shocking, according to your viewpoint: I had 22 lunches, six dinners, six interviews, 24 further one-to-one chats over tea and biscuits and numerous telephone calls with him.’ Now what on earth is the leader of the Labour Party (subsequently prime minister) doing wasting so much time trying to suck up to the likes of Piers Morgan? The question arose in my mind – if they devoted so much time to trying to humour and stroke the Daily Mirror how much did they waste on The Sun?

So Morgan was writing at exactly the moment that the tabloid press became inextricably intertwined with government?

Yes. I think the Labour Party felt the need at least to neutralise them.

Once you’ve let them into your confidence it’s difficult to get them out again.

I think that’s what they found. I’m not sure that in retrospect it was a good idea.

Piers Morgan would have been turfed out by Colville’s or Channon’s butler.

Yes, they wouldn’t have had him on the premises, that’s for sure.

Is it mainly a diary about the greatness of Piers Morgan?

I’m sure there are large elements of that in it. There’s an absolute danger in many diaries. Some diaries are self-deprecating – I like to think I was. But I think it’s a slightly egotistical thing to do anyway, because you’re seeing everything through your own eyes, and you tend to think you’re a bigger player than you actually were. I’ve no doubt that Morgan felt he was quite a large player, although the diaries suggest he did really recognise the pointlessness of it all from Blair’s point of view. 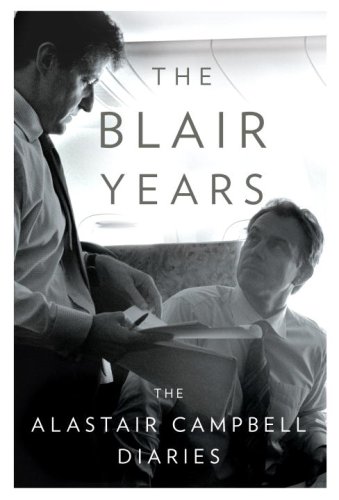 This is an expurgated version covering the period from 1994 to about 2003. There are, I believe, four more volumes to come, which will probably contain a lot of things that he didn’t feel able to put in the edited version. If there’s a change of government at the next election I guess that’s something we can look forward to. The thing about Alastair is he did enjoy total access at the highest level – in public Blair always appeared utterly self-assured and totally confident, but when you read these diaries a slightly different picture emerges. He was always ringing up Alastair to seek reassurance at all times of the day and night, often many times on the same issue.

With diaries, there is always the question of the reliability of the narrator.

Yes there is – Alastair’s reliability is pretty high actually because he was recording on a day-to-day basis. Obviously he had his own prejudices but I don’t think he made things up, and you can’t really dispute the fact that he had a very high level of influence because he was right at the centre. What he isn’t able to do, of course, is step back from it, in the way that somebody further removed from the centre can, and assess where we’re going or where they’re going, because he was bound up in it every day, and things moved at such speed you never really got to concentrate on an issue for very long before you’d moved on to the next one. I guess that’s a feature of life at the top. He’s had mixed reviews but I think most people agree that because of his level of access and frankness they are going to be an important part of the historical record. I’m sure people writing about this era will refer back to them constantly.

Chris Mullin has been Labour MP for Sunderland South since 1987. He has been a minister in three departments – Environment, International Development and the Foreign Office. He is a former investigative television journalist and writer, whose book A Very British Coup was adapted for television. He also wrote Error of Judgement which led to the release of the six innocent men convicted of the Birmingham pub bombings, and in which he describes how he tracked down and confronted the real bombers. As an MP, he is well known for his interests in Far Eastern affairs – particularly Cambodia and Vietnam.

Chris Mullin has been Labour MP for Sunderland South since 1987. He has been a minister in three departments – Environment, International Development and the Foreign Office. He is a former investigative television journalist and writer, whose book A Very British Coup was adapted for television. He also wrote Error of Judgement which led to the release of the six innocent men convicted of the Birmingham pub bombings, and in which he describes how he tracked down and confronted the real bombers. As an MP, he is well known for his interests in Far Eastern affairs – particularly Cambodia and Vietnam.

Error of Judgement
by Chris Mullin 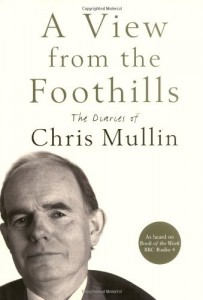 A View From The Foothills
by Chris Mullin