The best books on Inequality 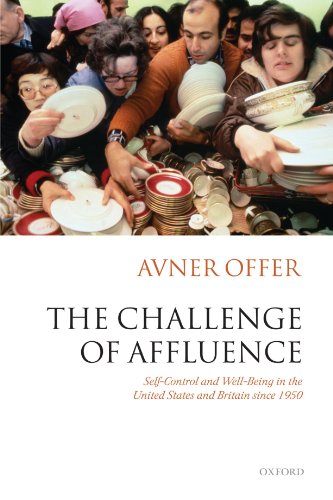 The Challenge of Affluence

What do you mean when you talk about inequality? Do you think of it as an economic concept?

You argue that certain popularly held beliefs perpetuate inequality, not the belief in inequality itself. What are these beliefs?

Not many people think that inequality is a good thing in its own right. Even Margaret Thatcher believed that her policies would reduce inequality: she set the target in 1985 that inequality would fall drastically by 2000. However, in countries that become very unequal beliefs form which underpin inequality and justify it, only not directly. These beliefs arise because human beings try to make sense of and validate the world around them. In my book, Why Social Inequality Persists, I argue that there are five main beliefs. The first is a belief in elitism; people now believe, much more than they used to, that it is worth investing a lot of money in the education of a very small number of young people. Another is that prejudice is natural. You often hear people saying that social mobility is unlikely because the middle class produce children who are naturally cleverer. The three other beliefs are that exclusion is necessary, that greed is good that and despair is inevitable. It becomes very hard to argue against inequality when, under the surface, arguments are beginning to be made that suggest that it’s rational to have inequality.

Tell me about your first book, The Challenge of Affluence.

This is a very complicated book so you have to be prepared for a big read: you can tell that the author, Avner Offer, spent years and years in libraries just piecing together this complex story. It is a sort of social history of the United States and British society, starting in the 1950s. It looks at the question of why there is this ‘addiction’ to material goods – what they make people feel about their social status, and why they make people feel like ‘the big man’. Avner Offer is actually a fellow at All Souls College in Oxford (‘the centre of the establishment’ as John Redwood’s presence there implied) and yet Offer is quietly and subtly arguing that much of the whole system is wrong.

In the book Offer talks about the relationship between happiness and affluence? What does he say?

People expect their happiness to increase with money. If you hear that your salary is going to increase by 50 per cent, then it’s natural to think that you are going to be happier. But the reality is that you’ll feel happy for a very short amount of time, and then you’ll acclimatise to it. There has been a huge increase in material wealth over the last 150 years and this hasn’t been accompanied by an increase in well-being. If anything, the increase has been in things like anxiety and depression. Self-harming rates among young women, according to admissions into A&E, and similar severe indications, are now one in three. I think what Avner Offer is saying is that if you look at the way we use all this wealth, we could probably be happier on less wealth than we currently have, better shared out. 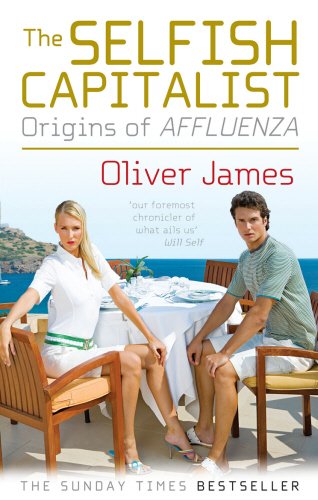 The author of your next book, Oliver James, is a psychologist who looks at some of the reasons why this might be the case. Tell me about The Selfish Capitalist.

Well, Oliver James’s most famous book is actually called Affluenza. The book which I have chosen, The Selfish Capitalist, is a compilation of all the academic evidence behind it; Affluenza itself is mostly a series of interviews done with people all around the world. He talks about the incredibly high rates of mental illness which tend to accompany affluence; according to the WHO, one in four Americans is mentally ill; one in ten people in Scotland is taking Prozac or a similar anti-depressant. Oliver James argues that these people are taking drugs and suffering these illnesses for good reasons: society provides them with good reasons for being anxious.

Is it wealth itself which is the problem?

Not really: it’s the inequality in wealthy societies which is the problem. Oliver James finds that it is the unequal affluent countries in the world that have the highest rates of depression. The most content countries, on the other hand, where people trust each other and crime rates are low and so on, are the more egalitarian countries; Japan, Korea and the Scandinavian countries, for example. One thing that creates unhappiness in unequal societies is that they are highly fragmented. There has been research done in the States scanning the brains of students as they see a homeless person: the evidence suggests that they don’t recognise them as human. It was only when they asked the question ‘Do you think that person is hungry?’ that suddenly all the emotions fire up. It’s a survival mechanism. If you live in a very unequal society, you barely even see people who are from different social classes. 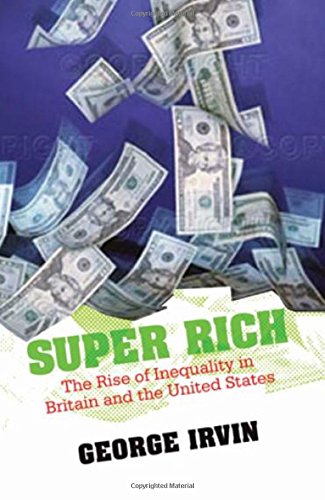 Your next book looks at some of the reasons behind the emergence of unequal societies. Tell us about Super Rich: The Rise of Inequality in Britain and the United States.

Super Rich is trying to illustrate how strange life is in such an unequal society. Because this state of social inequality is the only reality many of us have known, we can’t imagine how things might have been different. George Irvin argues that as recently as the 1970s the United States and Britain used to be far better at helping the less well off, in a way that we don’t any more. For example, there was a point during the Second World War when Roosevelt wanted people to have 100 per cent income tax when they were earning over the equivalent of £200,000. He thought that nobody needed more than that. Irvin’s book tries to explain why most other rich countries in the world still advocate higher rates of redistribution than the United States and Britain, and how we have got ourselves into this mess.

Your next book looks at inequality in a different context. Tell me about Stuffed and Starved.

Stuffed and Starved considers international inequality rather than how inequality is manifest amongst the billion richest, as in the other books. Raj Patel is looking at the role wealthy nations play in causing poverty in the developing world. The most dramatic example to have occurred recently is that in 2005 hedge funds predicted a crash in various commodities; speculations which later caused grain prices to hike. For the first time in recent decades, we saw an increase in the number of children starving. This happened not because the rich people got together and said, ‘How can we make poor people starve?’, but because hedge funds pursue profit and pay little attention to how their actions affect the rest of the world.

Do you think international institutions such as the UN are capable of counteracting these problems?

I’m optimistic about the UN particularly because when the UN was formed in 1944 it didn’t even mention the poor – it was established purely to stop another world war. However, it has transformed so much in its 50 years that now its essential purpose is to try and end world poverty. These problems have to be solved collectively and so the UN is the right sort of institution to look towards, alongside acting locally. 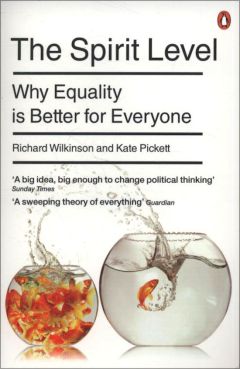 by Richard Wilkinson and Kate Pickett

Returning to a domestic context, tell me about your last book, Spirit Level.

Spirit Level is an incredible book. It provides the evidence that inequality is bad for us all including the best-off. The book is similar in many ways to the case made by scientists in the 1950s that smoking probably causes lung cancer. These scientists presented a whole series of graphs and diagrams which showed that doctors who smoked had an increased risk of lung cancer: the point of using doctors was that this allowed them to control for other factors. The evidence was decisive and, although tobacco companies tried to argue against it for years, they were unsuccessful to the point that now you can’t find a single building to smoke inside. Now that’s an incredible change. The evidence provided in Spirit Level is as strong as the initial evidence that smoking is bad for you. The correlation between inequality and divorce, inequality and drug addiction, inequality and teenage pregnancy is shown graph after graph. All three main political parties have accepted it now: Labour have said, we accept the thesis of Spirit Level, and we’ve already done a lot (which is wrong, inequality rose under Labour). The Liberals say, we accept the book, but we haven’t really got a policy for those on benefits. And the Conservatives say, we accept the book and we want to stop people knowing about other people’s income so that the psychological effects are less!

Danny Dorling holds the Halford Mackinder Professorship in Geography at Oxford University. He was previously a professor of Geography at the University of Sheffield.

Will Hutton on Fairness and Inequality Books

Danny Dorling holds the Halford Mackinder Professorship in Geography at Oxford University. He was previously a professor of Geography at the University of Sheffield. 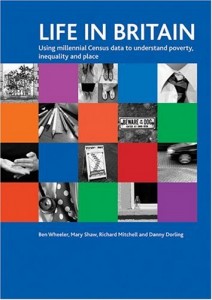 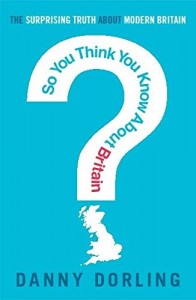 So You Think You Know About Britain?
by Daniel Dorling & Danny Dorling 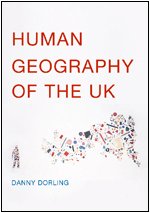 Human Geography of the UK
by Danny Dorling

The Widening Gap
by Danny Dorling 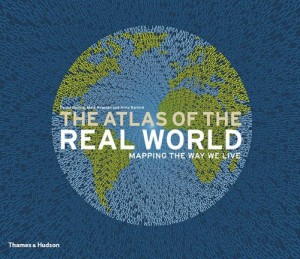 The Atlas of the Real World
by Danny Dorling