The best books on Accessible Science 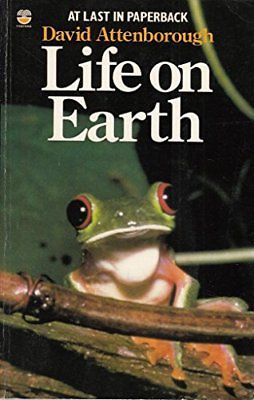 Tell us about Life on Earth by David Attenborough.

I read the book Life on Earth when I was quite young. I knew about paleontology, classifications and things like that, but this book took a different approach – it was the evolutionary story, starting off with nothing, and ending up with primates. I don’t think the book has been bettered since, and that’s because it just seems to be the most interesting way to talk about life, through a narrative. Subsequently, other authors have tried introductions to biology by looking at different regions in the world, different behaviours and so forth but it is the evolutionary tale that makes a story worth reading.

I guess that’s the criticism of the book; it gives the sense that evolution is progression, which of course it isn’t. People argued about whether it was or not at the turn of the 20th century, but we know now that evolution is neutral. In fact, I’ve wanted to write a book for a while now, looking at the 19th-century German biologist Ernst Haeckel who was an ultra-Darwinist and really pushed the idea of evolution as progress. He was very influential and actually still is, despite being wrong. He is even quoted in school textbooks, which is rather alarming.

How do modern humans contribute to the evolutionary narrative?

It’s not really something Attenborough looked at, but Darwin actually started off in his The Origin of Species, talking about how humans changed nature through domestication. Modern methods of artificial selection such as GM are just an extension of this same process. GM doesn’t worry me, though. It’s just a more efficient way of doing things than artificial selection, with less unpleasant side effects. With GM, in fact, the idea is that the farmer should be using less fertiliser, less pesticide, and so on. The sooner we get into GM and the sooner I can have GM decaffeinated coffee rather than chemically decaffeinated coffee, the better. 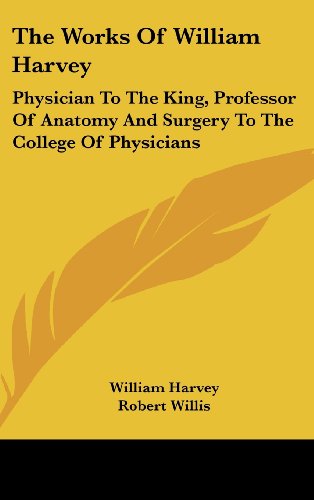 Tell us about your second book, William Harvey’s On the Generation of Animals.

William Harvey was a very intelligent man around in the 17th century who wrote this book on embryology and comparative conception. The reason I chose this book is because Harvey was working at a time when there was virtually no background information or knowledge, and no microscope – he was simply a fabulously intelligent person with the skill to observe. He would take his enquiries as far as they would go with the technology available, and I’m sure that if he had had a microscope then he’d have worked it all out. In a way, though, the working it all out is the less interesting bit. The interesting point in science, the fun bit, is when you are just about to get there. As soon as it all falls into place, it’s suddenly not very interesting any more.

What are ‘the exciting’ areas in science at the moment?

Well the biggest area to work on is really neuroscience. I have just written a book, in fact, called Beyond the Zonules of Zinn, which is about our understanding of the human mind. I wrote it because I see so many books about the brain, and they all jump straight in with the vast and complex issues, like what consciousness and alertness are. But so much that the brain does is much simpler. The main segments in the human brain are the same as those in a cod’s brain, for example, only much bigger. The human brain is doing really simple things for the vast majority of time. People spend very little time using the conscious mind – anything that the brain can do without thinking consciously, it will do. The classic example is when you get up to go to work; you brush your teeth, you have a shower, you get to work, and sometimes think: My god, I haven’t thought consciously yet the whole time I’ve been awake. 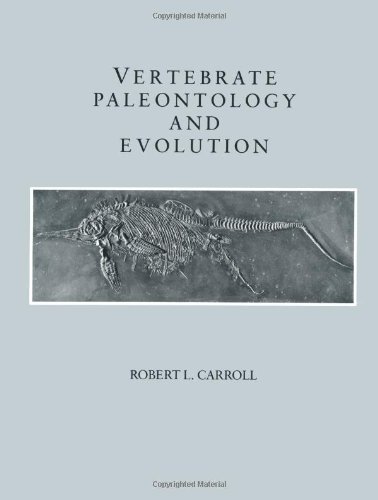 And your speciality is animal biology, right? Is that why you chose Vertebrate Paleontology and Evolution by Robert Carroll?

Well, yes, this book was one of my textbooks during my degree which was in zoology (largely paleontology). It’s full of drawings of the skeletons of vertebrates. Most people who do my degree, especially boys if I’m allowed to say that, played with plastic dinosaurs when they were younger, and had all the old-fashioned paleontology books which would have looked much like this one. Going to the Natural History Museum as a child is fascinating: seeing all the fossils and skeletons, I’d be just overwhelmed by the age, or complexity, or similarity of these things. I just don’t tire of classical old-fashioned paleontology books for this same reason – a childish interest in the sheer bizarreness of the way that animals work.

And the diversity of biological organisms would fascinate you too?

Well in one way yes. But, in fact, the more you learn about the structure of animals, the more you realise that, despite appearance, they are not that diverse at all. All the many different species are all made of the same bits as each other. There are rarely any new bones added, the structure is just distorted. You could compare animal structures to LEGO and the way you can make new creations from the same parts. It’s fascinating to think that we are made from all the same bits that dinosaurs were. If you get enough fossils in a line, then you can just watch animals morphing from dinosaurs into birds.

The Feynman Lectures on Physics

Changing topic to another science – why did you choose The Feynman Lectures on Physics?

Well, this was the book containing the lecture series Feynman gave as a university professor. The reason I chose it is that I think that he is one of the most intelligent people to live in the 20th century. Yet at the same time, surprisingly, he is an amazingly good teacher. This is quite an unusual combination as I have learnt here [in Cambridge] – people can be so intelligent that they have trouble seeing how other people can’t understand something. I’m not one of those people because the students have trouble with the same things I struggled with. Feynman’s mix of being a bona fide scary genius, and yet still being able to convey just about anything, is unique.

What should we know Feynman for?

The area Feynman was really involved in was quantum physics. At the time he was writing there was this sudden realisation that the very small scale was going to have to be married up with the huge scale (what we thought we knew already). He was writing at that interesting stage; physicists had all this unrelated stuff, and they had to put it all together.

Is this process frustrating as a scientist, spending your time tying up loose ends of previous research?

No. In fact, it is one of the good things about science that actually you don’t often get to resolve things because what you have found out is only that things are more complicated than you thought. Various bits of my subject, biology, are going through this phase, for example genetics. We have sequenced the human genome at an individual level. The next stage is piecing together genomes and populations which is a vast undertaking. Doing science is a bit like writing a book; you are kind of bored of by it halfway through writing it, because you know what’s going to happen. It’s the next book you are always thinking about. This, I think, is why scientists are never content, because they are always trying to think five years into the future. 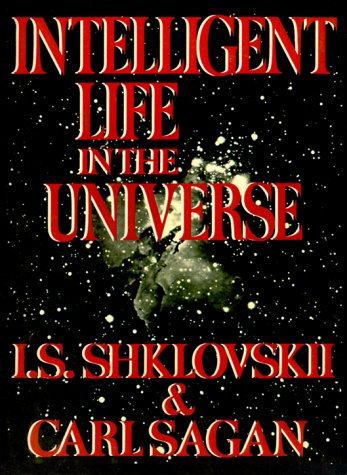 Intelligent Life in the Universe

Last book – Intelligent Life in the Universe by Carl Sagan and I S Shklovskii.

It’s a book with a title which is actually backwards. The first part is about the universe and the environment, the second part is about how life came about, and the third part is about how life becomes intelligent. Carl Sagan’s interest is in what kind of life is out there in other worlds, and whether it could be like us. The reason I chose it is because, although it’s written for a general readership, it doesn’t oversimplify at all. I think that this is probably because it’s based on a book written by somebody in Cold War Russia and so things aren’t oversimplified for a mass media. By the end of the book you realise that you’ve learnt so much about biology and chemistry and physics and how they are all linked together.

Will life elsewhere in the universe be the same as life on earth?

It will just depend on the environment where we find it. I think that somewhere in the universe there will be something like animals because their environment is similar. There are certain properties of carbon and water, which make them particularly good at making life, and this will probably be a theme for organisms anywhere. Natural selection will also be a unifying theme as well. Apart from these two elements, all bets are off, which is exciting.

Biologist David Bainbridge is the Clinical Veterinary Anatomist at Cambridge University. His interest as an author is in making science accessible to the general public: his self-proclaimed aim is ‘to write books which can explain to anyone how we work’. He has written on teenagers, pregnancy and the complexity of the human quest to make sense of the brain.

Science
Save for later

Tom Clarke on Being Inspired by Science Books

Angela Saini on Scientific Differences between Women and Men Books

Anne Osbourn on The Best Science Books of 2020: The Royal Society Book Prize

Barbara Kiser on The Best Science Books of 2018

Barbara Kiser on The Best Science Books of 2019

Sean B Carroll on The Best Biology Books

Vera Keller on The Scientific Revolution

Biologist David Bainbridge is the Clinical Veterinary Anatomist at Cambridge University. His interest as an author is in making science accessible to the general public: his self-proclaimed aim is ‘to write books which can explain to anyone how we work’. He has written on teenagers, pregnancy and the complexity of the human quest to make sense of the brain. 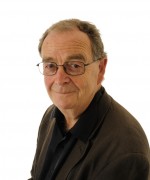 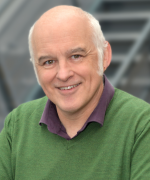 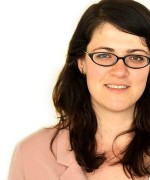 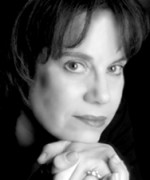 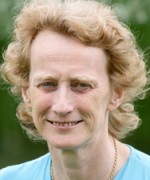 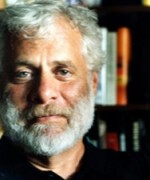 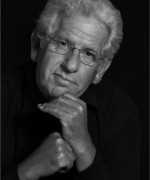 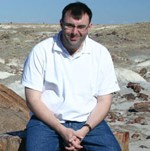 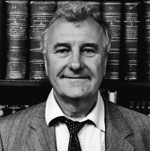 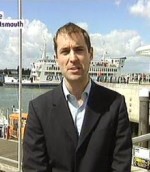 Tom Clarke on Being Inspired by Science Books 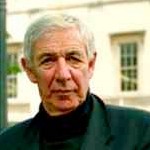