The best books on Burma

The American writer has an obsession with recording Burma’s vanishing stories before the current regime's actions result in the rewriting of Burmese history. She chooses five books on the real Burma 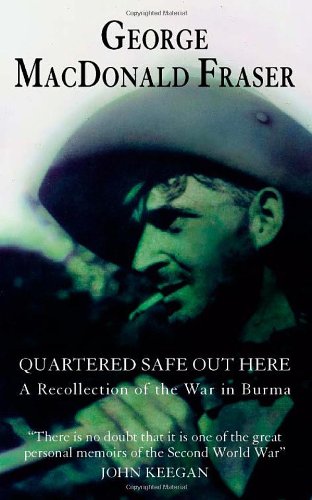 Tell me about your first choice, Quartered Safe Out Here by George MacDonald Fraser.

The first line of the book is: ‘The first time I smelt Jap was in a deep dry riverbed in the Dry Belt, somewhere near Meiktila. I can no more describe the smell than I could describe a colour, but it was heavy and pungent and compounded of stale cooked rice and sweat and human waste and … Jap.’ And this takes you straight back to his time during the Second World War in Burma. To me it is really visceral and effective in the way it describes what life was like then and what life was like for a private in the army. It is a very ground-level view of what it was like. For that reason it is a really exciting read.

What is great is that it is firsthand commentary. These are George MacDonald Fraser’s memoirs – the man who wrote the Flashman books. At the time Burma was still under the British colonial administration but the Japanese had controlled Burma for parts of the war and the British were fighting to regain control.

It sounds very evocative. As someone who has spent so much time in Burma, do you think some of the descriptions still ring true?

Yes, Burma is one of these places where it has been locked off from the rest of the world for so long that all these descriptions of an older time still hold true today. You can read a book like this and travel through Burma and still see the same scenes. 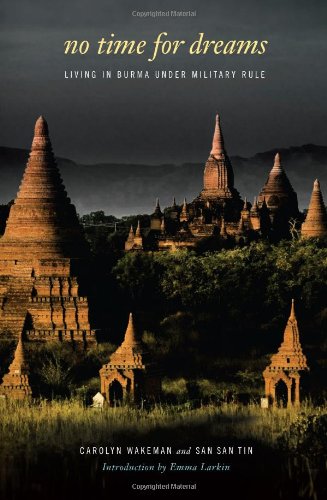 No Time for Dreams

Let’s move on to No Time for Dreams by San San Tin, which is a rare voice to come out of Burma given all the restrictions for local people there.

Yes, absolutely, and that is why I have chosen a book like this because it is so unusual to have Burmese voices from inside Burma writing about their experiences of living there. Sometimes we hear voices from along the border or we hear dissident voices from outside Burma but it is very unusual to hear from people who have experienced what it is like to grow up inside the country.

San San Tin is a poet and this is the odyssey of her attempt at self-expression and fulfilment inside a military dictatorship. The way she tries to do that is to chronicle the period under General Ne Win who was the dictator who started this arc of military rule and she chronicled how the vestiges of colonial rule disappeared as foreign influence was systematically eradicated in Burma. She is inspired by literature and by all the things she has learnt but she doesn’t have any outlet for any of it. So she works on a government newspaper and learns about censorship and propaganda and how the government tries to control the news.

But she can’t publish her work without going through the censorship board and, in the end, she has to leave Burma when she realises she can’t exist in this environment with the dreams that she has – hence the title, No Time for Dreams. She actually ends up in the US where she works at a Burmese language radio station sending news into Burma. So she has come full circle in a way… 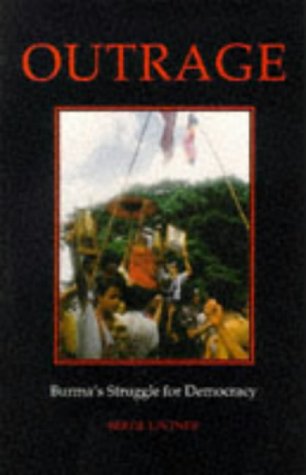 Your next book is Outrage by Bertil Lintner.

This is an important book because it documents a really major event in Burmese history and there are very few books that have done this in any depth. This was 1988 when there was a nationwide uprising during which the government killed about 3,000 protesters. So it was this huge event but there is no public record of it inside the country. And Bertil, a Swedish journalist based in Thailand, went around and talked to all the people who had come out and compiled a journalistic account of what had happened. I dare say it is inaccurate in some of the smaller details because it is on-the-ground reporting, but it is the only account of its kind and so critical to have as a record of an important chapter in Burma’s recent history that the regime has tried to erase.

How did he manage to do that given the censorship that goes on?

Well, as far as I know, he did it mostly from outside the country, talking to people who had left and gathering their impressions of what had happened.

You have just done a similar thing with your book, Everything is Broken, which tells people’s stories from the cyclone two years ago. How did you manage to get people to talk to you, given how dangerous it is?

It is a really slow process as you have to get people to trust you. Usually people introduce me to someone and on the first meeting they won’t talk to me about political things or even current affairs which are always political in Burma. It might take until the second, third or even the fourth meeting before we discuss what is happening in Burma, what their opinions are or what their involvement is.

And yet you say there is this appetite to get their stories out.

Yes there is because otherwise they would disappear. I have this obsession with vanishing stories which is a kind of side effect of the regime’s control over the country and all public forums. As a result of the regime’s actions, stories are vanishing, history is being rewritten, memories are being eroded and stories lost. So I think it is really important that these things are written down so that they can somehow be maintained for the record.

But that is a very dangerous for the people involved.

I must say that it is not dangerous for me. The worst thing that would happen to me is that I would get deported. Past experiences show that when foreigners are caught they are usually put on to the plane that same night.

But, for the Burmese people who help me, it is clearly dangerous. That’s why I use a pen name because it makes people feel more comfortable that they won’t be associated with me under my real name, and so far it has helped. None of my sources have ever been interrogated. It is true that when you are working in Burma you develop a heightened sense of paranoia. I find myself shredding my papers, even shopping lists. Some of us foreign writers who work in Burma call it Burma Head and it is a symptom of the extreme paranoia you get from being there.

So how do you remember the stories if you had to shred your notes?

I would give my notebooks to other people to carry out of the country. I would hide them in people’s houses or around my hotel room or I would record interviews. Though I’ve had my hotel room searched, I have never had my bags searched at the airport going into or out of the country, so I wonder if it is the paranoid workings of my mind that led me to these extremes and whether they were really necessary, which in itself says something about what it is like to be in Burma! 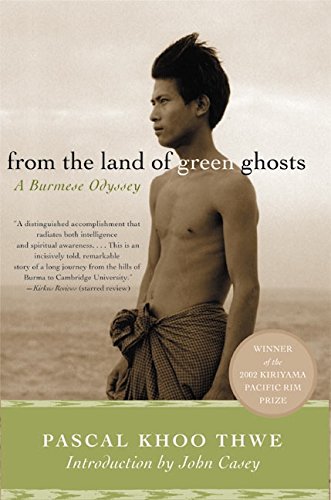 From the Land of Green Ghosts

Critics say that your next book deserves to be the Wild Swans of the 21st century. This is Pascal Khoo Thwe’s From the Land of Green Ghosts.

It is a really wonderful book. The author is a Padaung tribesman. These are those so-called long-necked women you see who wear golden bands around their necks Pascal Khoo Thwe’s grandmother was brought to England as part of the circus and was taken around and displayed as an exotic exhibit.

His odyssey starts at the tribal village where he lived then he went to study English literature in Mandalay. He was there for the 1988 protests where his girlfriend was actually killed and then he goes all the way to Cambridge in England, via the Thai-Burma border. It is an incredible journey and all along the way you hear this very authentic voice because the Padaung traditionally tell their stories through a wonderful lazy, slightly meandering narrative. It is not necessarily a fast book in the way that we are used to. As a writer, he really indulges in all the details of his story. I recommend it as an all-encompassing experience of Burma on so many levels. 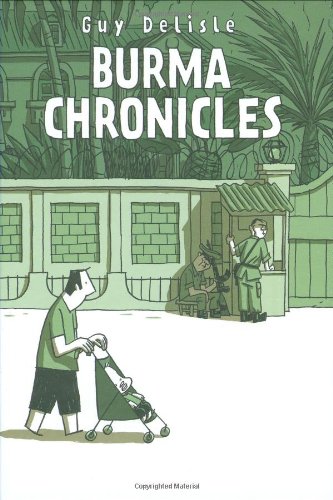 Your final book is Burma Chronicles by Guy Delisle.

This is a graphic novel written by Guy Delisle who was a househusband – his wife was working for Médecins Sans Frontiers in Burma. He went to live there with her and this book is all about his observations of everyday life. It has an ex-pat kind of bent to it and focuses mainly on life in Rangoon. He has lovely details in there about the mundane happenings of Rangoon life. For example, he talks about electricity and how you can suddenly be plunged into darkness when you least expect it and how that affects your day-to-day life and your evenings with your friends. He explores the lack of modern-day amenities and how this leads to a rather old-fashioned life-style.

One of my favourite sections is when he describes drawing pictures of the ruling generals from the state newspaper and notices that the pockets of the general’s uniforms were especially elongated to account for all the medals that they had to wear. He has a wonderful eye for small but illuminating details. 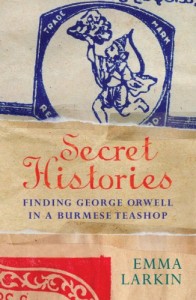 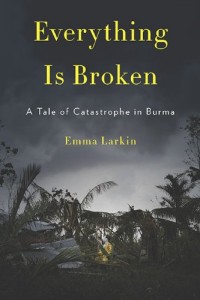 Everything is Broken
by Emma Larkin 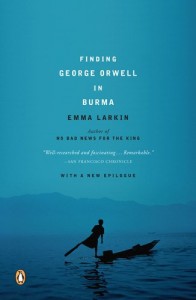