Cornelia Funke on Her Fairy Tales as Contemporary Fiction 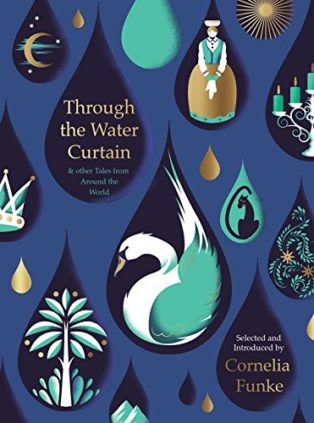 Fairy tales are multi-layered, laden with multiple meanings and uncomfortable truths. Cornelia Funke, multi-award winning writer of imaginative fiction for children and young adults, discusses why fairy tales continue to fascinate her and her young readers, and why you need a deft hand to create convincing new fiction from fairy tales.

All cultures have their own folk and fairy story tradition, and these stories vary wildly from continent to continent. You’ve captured this in your recent collection Through the Water Curtain.

My research for the Reckless series made me realize how much we define fairy tales within the limitations of our own culture and countries. Most of us know fairy tales have similar motifs all over the world, but I wasn’t aware of how different they also can be—and what a brilliant time-and-space travel device they are—until the demands of my research inspired me to read beyond Grimm’s fairy tales.

As a native German writer how do you think the Grimms Fairy Tales influenced you?

I was raised with stories of gingerbread houses and dark forests, with castles wrapped in roses and a dead horse’s head talking to a young girl—The Goose Maid still makes me shudder—and their interpretation of German landscapes.

These tales are about the fears and hopes of a bygone age, of mean step mothers and foolish heroes. I probably underestimate how strong an influence they had on my writing. I also avidly read the writers’ fairy tales, Andersen, Wilde and the Swedish myths that Astrid Lindgren plays with in such magical ways.

Most fairy tales and their related stories appear elsewhere in the world. For instance, there’s barely a continent on the planet without their own version of Cinderella.

The similarities are fascinating, especially when one finds them in cultures with very different social structures and religious beliefs. They make us aware of fundamental human traits—of fears and desires we all share. Fairy tales don’t romanticize human nature, though they may romanticize other things. Rather, they show us as cruel and greedy, revengeful and often as very selfish. But of course, they also show our wish to be noble, selfless, caring—and brave enough to face danger and death without fear.

In medieval society, women were prominent tellers of fairy tales. Then along came male collectors like Perrault, Grimm and Hans Christian Andersen, who took the credit for printing them in books. Do you feel as a woman that you are reclaiming the feminine tradition?

I like the thought. It is interesting that we so often associate men with fairy tales just because they wrote down stories told by women. I certainly see myself more in the tradition of those female oral storytellers. I also found it interesting that, for example, in Russian tales (and tales I suspect to be much older), women are stronger and far more independent characters than in more comparatively recent tales. Maybe these are echoes of matriarchal structures and long forgotten goddesses.

The Grimms made the tales they collected fit their values of a nineteenth-century bourgeoisie. Of course, the women stayed home and waited for the prince to rescue them, and the men always came home after an adventure.

Why do you think these ancient tales still hold us in their thrall? Especially young adults. I’ve wondered if it has something to do with the transitional phase from childhood to adulthood.

I think we are all in constant transition, looking for the magical path that will lead us to our destiny. Fairy tales contain such deep emotional truths about human nature that they can’t help but resonate.

Fairy tales also work well with visual storytelling. For example, fear represented as a dragon, or the image of a girl on her knees picking lentils out of the ash. In modern storytelling, we often forget how much truth one powerful image can hold. As an illustrator, I’m very aware of it. In sharp contrast to words, images are always multi-layered. They hold subconscious meaning we react to, even though we may not be able to immediately decipher them. 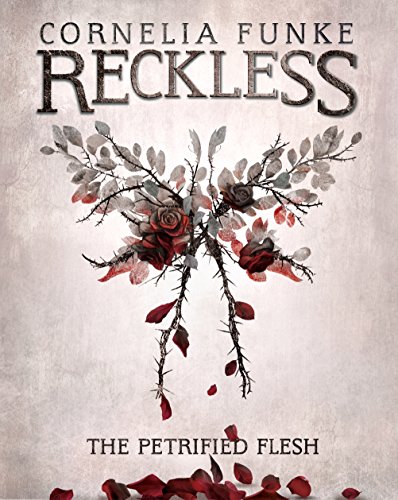 Let’s look at the Mirrorworld series first. Your two main protagonists are loosely based on Jacob and Wilhelm Grimm. We have shapeshifters, parallel worlds, fairies, unicorns, foxes, trickery, lies and treasure hunts—all of which reach directly back to the fairy tale tradition.

Yes, Reckless is my journey around the world in fairy tales. For Book One I played with ideas from the Grimms’ tales, as it is mostly set in Austria. Book Two took me to France, England and Switzerland. Book Three is set in Ukraine, Russia, Mongolia and Kazakhstan and has also motifs from Canadian tales. Book Four takes me to Japan and South Carolina . . . and the journey continues.

“In modern storytelling, we often forget how much truth one powerful image can hold”

But Reckless is also my own journey through life, talking about love, loss, and shapeshifting as a woman of almost sixty. This series is closest to my heart, as the world it is set in mirrors ours and all the choices we made in the nineteenth century. In Reckless, I can comment and reflect on the realities of my own life. 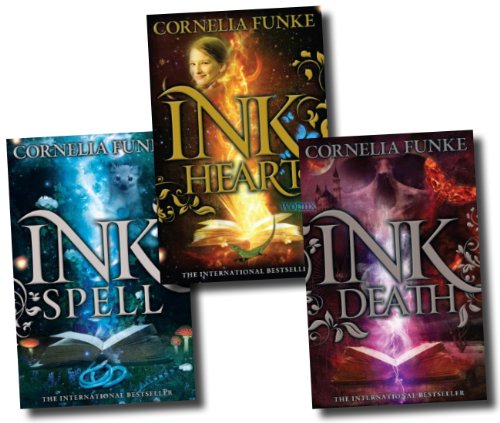 Second is your Inkheart trilogy. This series focuses on a bookbinder who can bring characters from books to life. Tell me more about it.

I wrote Inkworld about my obsession with books. It is also a reflection on the question of whether we are all just characters in a tale—whether we can change it, and who writes it. It is a meditation on what we should fight for, on fascism, on being a child, and on being a parent. Then of course there’s the character Dustfinger, who always tells the story in his own way. Inkdeath (the third book in the trilogy) is very much my reaction to Pullman’s concept of death in His Dark Materials. 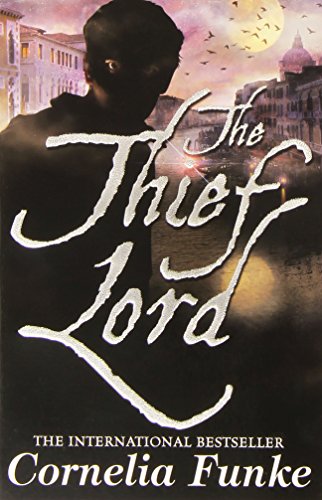 Next is The Thief Lord. This is a story about plucky orphans ready for adventure in Venice, featuring adults who are turned into children, giants that dislike children and a magic merry-go-round. What inspired you to write this book?

I owe this book to the children I worked with as a social worker. I saw their courage, their perseverance, the responsibility they took for their younger siblings when their parents let them down.

I wanted to show that children on their own are not just crippled poor things who become mean and broken. I wanted to show their strength, their friendships and their unselfish wish to save each other. My wish when I was a child to grown up—to make my own decisions. 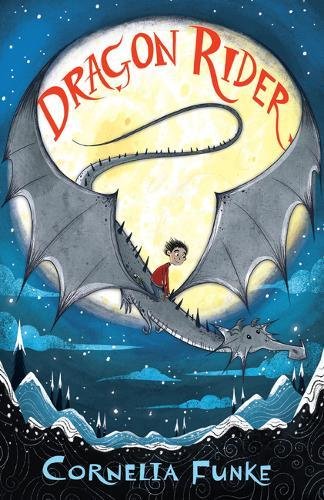 Fourth is Dragon Rider. This book is a heady mix of djinns, dragons, dwarves, alchemy and Himalayan mystery. It’s a tale woven out of a huge range of folklore, legend and fairy tale from all around the world. Tell us more about this labyrinth.

This is the book series that fulfils my dream to ride a dragon. It’s also my love song to all the fabulous creatures of this planet. I’m so tired of the human perspective on life and the world that everything was just created to be exploited and devoured by our species. Dragon Rider talks about the shimmering net of life and how we should be part of it instead of just tearing it apart. 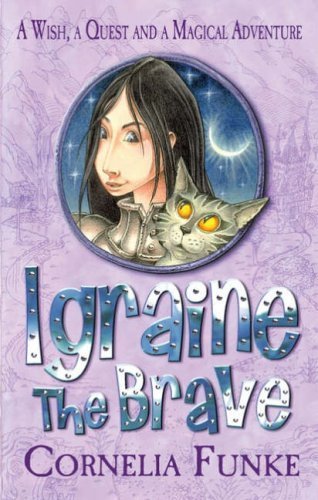 Fifth and finally is Igraine the Brave, a story with a courtly, medieval setting full of chivalry and magic, playful role reversal and a spirited female protagonist.

Oh Igraine! It was so much fun to write this book, and I think I did some of my best illustrations for this story. I owe it all to T. H. White and my love for his book the Once and Future King. Originally, I wanted to just write a short story about magical books and a girl who wishes to be a knight (the kind of girl I am!) but then it grew and grew.

Cornelia Funke is one of today's most beloved writers of magical stories for children. She is the author of The Thief Lord, Dragon Rider, Inkheart, Inkspell, Reckless series, which is also published by Pushkin Press –among many others. She lives with her family in Los Angeles, California, in a house full of books.
Her books have sold more than 20 million copies worldwide, and have been translated into 37 languages. Her latest novels are The Glass of Lead and Gold and Through the Water Curtain.

Cornelia Funke on Her Fairy Tales as Contemporary Fiction

Geraldine McCaughrean on Her Books Based on True Events

Beverley Naidoo on Courage and Kindness for Kids Books

Cornelia Funke is one of today's most beloved writers of magical stories for children. She is the author of The Thief Lord, Dragon Rider, Inkheart, Inkspell, Reckless series, which is also published by Pushkin Press –among many others. She lives with her family in Los Angeles, California, in a house full of books.
Her books have sold more than 20 million copies worldwide, and have been translated into 37 languages. Her latest novels are The Glass of Lead and Gold and Through the Water Curtain. 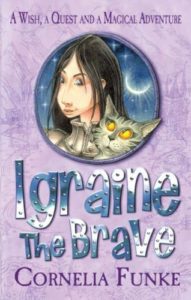 Igraine the Brave
by Cornelia Funke 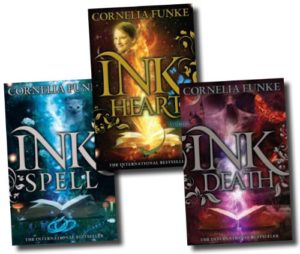 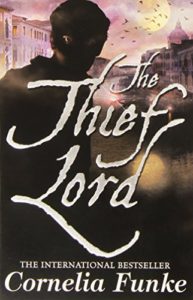 The Thief Lord
by Cornelia Funke 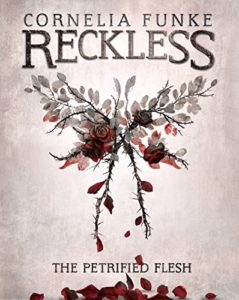 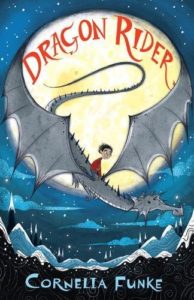 Iris Murdoch gained fame as a novelist, a philosopher and, perhaps most prominently of all, for her public and rapid decline (and posthumous immortalization by her husband John Bayley) after an early diagnosis of Alzheimer's disease. But now, a hundred years on from her birth, the attention is returning back to her work: Miles Leeson, Director of the Iris Murdoch Centre at the University of Chichester, recommends what books to read from her canon of 27 novels.