The best books on Interior Design

Managing Director of design and decoration company says British interiors in 1615 were bright and colourful. Plus a bit of trivia: "lamp black" got its name because burning porcelain over a lamp produced the colour

I devour books and I have a huge library. As an interior designer you get stimulation from anything. I get stimulus from images and from reading descriptions, like a book about a house or about a collection. This one is a biography of Nancy Lancaster by Robert Becker. It’s a book that is important for English and American interiors and it is a social history as well. Nancy Lancaster came to England from the American South and was nouveau poor. She married into British society. First, when she was 18, she was married to Henry Field, who died after a year, and then she married Ronald Tree. There’s a great passage in the book where she goes to the stationers and says: ‘I used to be a Field but now I’m a Tree.’ The stationer says; ‘How very agricultural, Madam.’

As a divorce present from her second husband, Tree, she was given Colefax and Fowler, a hugely well-known decoration practice. She ran it with John Fowler and they were known as the ‘unhappiest unmarried couple’ in London. The book is then about how she brought American comfort and practicality to these grand English homes, bringing them up to date. She lived at Ditchley near Oxford, which is, of course, very famous for Churchill visiting during WW2 and for being one of the ‘power houses’ in England. Her aunt was Nancy Astor and her clients generally came from her connections and she influenced taste as a result. 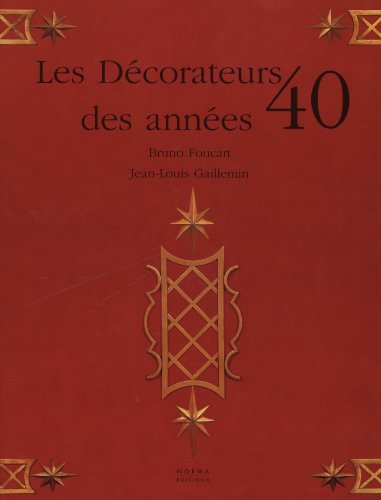 by Bruno Foucart and Jean-Louis Gaillemin

I love 20th-century design from Art Deco to post-war French and this is a key interior design text, a furniture reference book – Les Decorateurs des Annees 40. It’s genius. It covers all those designers in France who have influenced every modern decorator; these designers who have given incredible stimulus to design. You will recognise the pieces, like the iron work of Gilbert Poillerat – just wonderful. It goes from the neoclassical and art deco to more contemporary lines. You get a lot of bang for your buck here. It is a great coffee table book or reference book or gift. If you’re a real nerd like me it’s got a fantastic bibliography and you can go on to study the work of other wonderful designers. 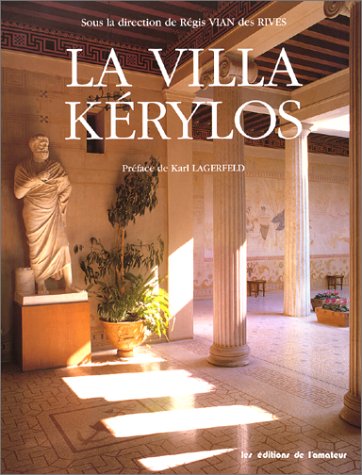 The next one is a museum guide.

This one is a museum book. It is about the Villa Kerylos in the South of France and the foreward is written by Karl Lagerfeld. The house belonged to a professor from Nice University who had incredible taste and must have had a lot of money too. It has amazing Greek mosaic work and marble and the shower in the bathroom is wonderful. It has a very modern twist, simple lines, a pure aesthetic. It was built in 1910 but it feels more modern. The taps in the bathroom are dolphins. Not like those vomiting swans from some dreadful bathroom shop, but they are hand-chased – like pieces of jewellery. Outside it stands alone by the Mediterranean and looks like a modernist villa, but inside it’s tranquil and wonderful with amazing detail. I go there so often that the curator just laughs and waves me in now. 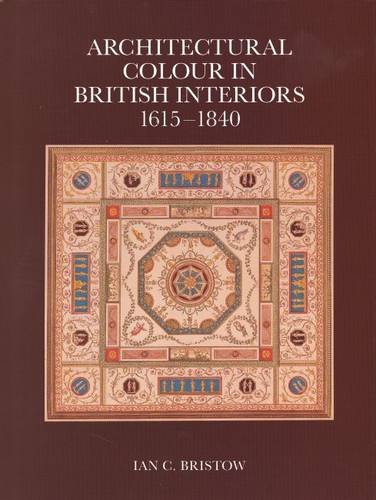 And the one about colour?

Yes, Architectural Colour in British Interiors 1615-1840. Another nerdy one, I’m afraid. This book is genius – two books actually, and was Ian Bristow’s life’s work. He studied paint and pigment through the ages, how to mix colours, how to use colours. Designers can be frightened of colour but if you look at the ceilings in Pavlovsk or Ostankino you can see 20 or 30 different colours and they work together. It reminds us that we can use colour.

What colours were being used in British Interiors in 1615?

Well, they would have been using natural pigments, grinding down lapis lazuli, making a kind of sanguine yellow, a sepia from onion skins. Lamp black is called that because they used to burn a lamp under a piece of porcelain and collect the soot to mix the paint. You can see these colours at Hampton Court, Ham House – that’s an extraordinary house with experimental faux marbling and other paint techniques. Getting colour was expensive so it was a good way of showing off. Chiswick Villa near London has a vibrant blue ceiling in one of the rooms. This book is full of pictures of ceilings and room elevations. I use it when I get panicked, if I’m presented with a painted-over ceiling and I’m worrying about using colours next to each other. You try the samples on the ceiling and think; ‘Did they really use lilac, silver and eau de nil together?’ And of course they did – and it looked fabulous.

Yes! Robert Adam [1728-1792 Scottish neoclassical architect, designer, furniture maker] would have done. This book will tell you how silver leaf will corrode over time but palladium leaf won’t. And gold won’t, of course.

Do you care about how the interiors will age?

My interiors are not fashion statements. My favourite one, of my own, is probably Farley Hall in Berkshire. It’s owned by this incredibly intelligent family, the Samuels. Lady Bearsted’s uncle is Oliver Sacks, the neurologist, and being in their house, built in 1720, is amazingly stimulating intellectually. Nicky and Caroline have a huge appreciation of their Grade I house and really live in the place. It’s not just a museum. It was my first great job and I was 28. Most of my contemporaries were working on little town houses so when we finished I said; ‘Great! Let’s get it published!’ They said; ‘No way!’ I said; ‘But..b…bu…..’

It was great lesson and it humbled me. Lots of people really believe their own PR but it taught me that I work to create a home, something lasting, intimate and of substance, not for a fleeting moment of publicity.

How much of the style is your own?

Some people sell a look that is immediately recognisable as theirs – certain designers market an identifiable style, a brand and then they become a one-trick pony. I think a good designer shouldn’t fight the context of the building that they are presented with. Also, of course, you have to reflect the character of the client. The same building will look very different depending on the client. The requirements of a single old man and his wonderful collection of butterflies will be very different from those of a young family. I did a house in upstate New York for Gordon Elliot, who is a television presenter, and he wanted to display his canoe and his gnu in his library. Of course, it’s easy to reflect the personality of an eccentric like that, but for some people it will be a more subtle reflection, done with colours or textures. It has to be functional, practical and comfortable and as timeless as you can get it. Mostly people want to inhabit their space in a comfortable way. 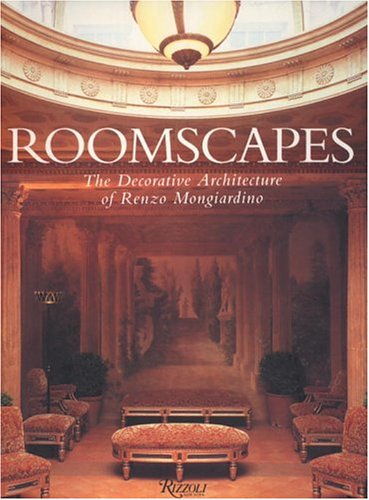 And the last interior design book.

I’ve chosen Roomscapes not because I like Renzo Mongiardino’s taste but because he was a genius. He had access to such great plasterworkers and mosaic artists and the quality of workmanship that he achieved for his clients is incredible. He once did an apartment in New York and someone else laterbought it and had it photographed with Mongiardino’s faux marquetry library in the background. He said: ‘This is my scheme’ because he’d put a rug down or something! Mongiardino was a really talented, passionate designer. It’s all very elaborate – way too much for many people to live in, I think. He has a very high Catholic taste but his presentation sketches are incredible.

You should not be threatened by other designers – it is like directing a film. Each designer’s vision is different and each has a different solution.

Guy Oliver, Managing Director of design and decoration company Oliver Laws, is one of Britain’s foremost interior designers.  Having worked on everything from luxury yachts to English country houses, he takes a break from renovating the famed Princeton Club in New York to talk to FiveBooks about the best works on interior design.

OliverLaws.com
Portfolio of work for the Connaught Hotel

Art Design & Illustration
Save for later

Guy Oliver, Managing Director of design and decoration company Oliver Laws, is one of Britain’s foremost interior designers.  Having worked on everything from luxury yachts to English country houses, he takes a break from renovating the famed Princeton Club in New York to talk to FiveBooks about the best works on interior design.

OliverLaws.com
Portfolio of work for the Connaught Hotel