The best books on Disaster Diplomacy 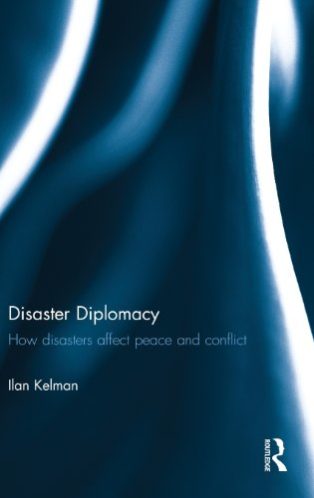 The perception that disasters are isolated events beyond our control is simply not true, says the disaster research expert Dr Ilan Kelman. We – governments and others – have a greater role in creating them than we wish to acknowledge.

What is disaster diplomacy?

Disaster diplomacy looks at the circumstances where peace and conflict are affected by disasters. The second part of disaster diplomacy is that if we don’t like the outcome, we look at how it would be possible to change the situation. 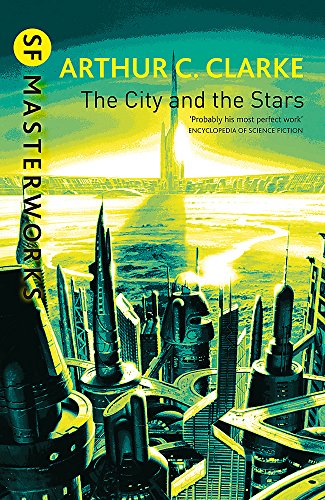 The City and the Stars

Tell me about your first book, The City and the Stars.

The City and the Stars is a book which is about trying to reconcile two different communities which serve as a metaphor for two different worlds. The way the reconciliation happens is through creating crisis, and trying to search beyond one’s own experiences and world view in order to create a better future out of that crisis.

The protagonist is a creative and lonely individual who is forced to rebel against the indoctrinated way in which his society has been living. He is able to envisage the world beyond his community which no one else has had the courage to see. He discovers another ‘world’ and tries to reconcile the two disparate communities. In doing so, this provokes a crisis, from which he can then say that there is a need for both of us to work together in order to create a better world.

The relevance to disasters is that you see disasters as a crisis point, on the basis of which we can create a better future?

That’s exactly why The City and the Stars inspires me about disaster diplomacy. Disaster diplomacy is about examining two different worlds that rarely interact, except in crisis mode. In reality, we know enough about each world, and have the resources, to be able to limit disasters, but some groups in society are choosing not to do so. Disasters are created by society – the many choices made by governments and others, particularly in terms of resource allocation. Disaster diplomacy is about trying to bring two worlds together and use crisis points (or even the idea of a crisis), to make things better. Diplomacy is supposed to be about peace, although I realise that this isn’t always the case in practice, and that’s ultimately what we are aiming for.

On to your next book, At Risk: Natural Hazards, People’s Vulnerability and Disasters. Tell me what it’s about.

The brilliance of At Risk is that it looks at the long term – the things which need to be done to create long-term sustainable solutions to disaster. This book is one of the exceptional introductions to the issues that surround the question of how to deal with disasters. It looks at the human and societal factors of individual and collective decisions – the critical processes which set the course for how we deal with disasters. It emphasises that these fundamental processes occur over a long period of time, creating vulnerability and affecting a hazard when it happens (which might only last seconds).

The authors show how the perception that disasters are only one-off isolated incidents is simply not true. They say that over decades, sometimes centuries, city planning, building homes, the way people live and especially are forced to live, can create the vulnerability – making an earthquake, which might last only 60 seconds, into a disaster.

New Orleans strikes me as the perfect example of these long-term processes you describe.

Hurricane Katrina is an excellent example. The hurricane itself happens over a couple of days, then the flooding creates a crisis which lasts for days, weeks, months and for some people is still ongoing. You have to look at the long-term processes here: why New Orleans was located where it is, why the structural mechanisms were relied on and failed, why the city, state and federal authorities could not deal with the disaster.

This example is really interesting as well at a foreign policy level. More than 150 countries around the world offered assistance to the USA, including countries which are considered enemy states, such as Iran, Venezuela and Cuba. These offers weren’t even acknowledged during the first days and then, even when they were acknowledged, all assistance wasn’t taken.

Two points come out of this. Number one was that the White House clearly wasn’t prepared for a domestic disaster which overwhelmed the US’s own resources. Number two, they were not prepared to take international assistance. We can compare that to the earthquake which happened in Iran on 26 December 2003. The US offered assistance to Iran and Iran accepted. At the time, there was a lot of hope that Tehran and Washington would be reconciled. But when we take the At Risk framework and apply it, looking at the long-term processes, we see that the White House, particularly under Colin Powell, had been moving towards some sort of low-level but cautious engagement with Tehran beforehand. When the US tried to make the earthquake aid more political, Iran refused and the reconciliation cooled.

An Enemy of the People

Your next book, An Enemy of the People, the play by Ibsen, is another interesting choice. Tell me about the book.

An Enemy of the People is set in a small town which has decided to build baths (spas) to bring prosperity to the community. It turns out that the baths are contaminated with pollution and there is a risk that the tourists who come and use the baths will get ill.

The protagonist of the play identifies this problem and also identifies a solution, which would have a negative impact on the publicity for the town and which would cost a lot. As a consequence, the town turns against him – the people cannot deal with this crisis. Ibsen uses this situation to make quite a scathing attack on how people think and how governments think and how public opinion can be swayed.

This relates to this idea that people can think in the short-term way that you have been talking about?

The relationship to disaster diplomacy is that the town is not equipped to deal with this conflict. They miss the opportunity to build a long-term solution, trying to cover up the crisis rather than develop from it. Ibsen’s point is quite perceptive about the way that people deal with crisis and risk and importantly how societal structures deal (and do not deal) with crisis and risk. This relates to my work 120 years later, in that people fail for similar reasons to deal with these disasters waiting to happen. 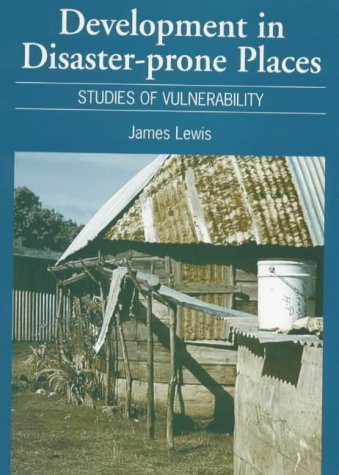 Next book: Development in Disaster-Prone Places.

Development in Disaster-Prone Places is another must-read in terms of how to understand vulnerability and disasters. The book focuses on the political and social processes which lead to disasters – the long-term processes. The author gives the theory and looks at a lot of case studies around the world of these failures in practice and how to improve. People and governments don’t tend to think in the long term and think about disasters in isolation, rather than tackling how vulnerability can be reduced to avoid disaster.

“People and governments tend to think about disasters in isolation, rather than tackling how vulnerability can be reduced to avoid disaster.” 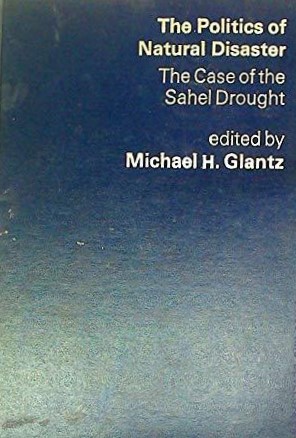 The Politics of Natural Disaster: The Case of the Sahel Drought

Your last book is a case study: The Politics of Natural Disaster: The Case of the Sahel Drought. What is the book about?

This is one of the earlier academic attempts covering the problem of disasters and conflict, examining root causes of disaster in terms of the politics and how political approaches can and must be used to solve the disasters. It outlines myths about disasters and how those myths should be tackled.

An example is the myth that ‘Things Will Change’ due to calamity, whereas the reality, as often seen through disaster diplomacy, is that positive ideas for moving forward succumb to the inertia of continuing without change. The myth that ‘Solutions Can Be Undertaken on a Piecemeal Basis (and Sequentially)’ is exactly the problem identified by disaster diplomacy, where people try to implement solutions to disaster and to conflict by looking at a small part, rather than considering wider perspectives and connecting areas that need to be connected to solve many problems.

Finally, the myth that ‘Political Leaders Say What They Mean’ is shown by the Katrina and Iran examples we discussed earlier. In Katrina, the White House said that they would accept aid from places that they did not. For Iran, both sides claimed to want reconciliation but acted otherwise. This book is an important framing for disaster diplomacy work through the fallacies that it presents and counters – those assumptions that exist and prevail, but that are fundamentally wrong.

This interview was first published in 2010.

Ilan Kelman is a Reader in the Institute for Risk & Disaster Reduction at University College London. He was previously a Senior Research Fellow at the Center for International Climate and Environmental Research–Oslo (CICERO). He is the co-founder and co-director of Risk RED, a non-profit organisation established to make disaster-prevention education more effective, and is co-founder of research projects Disaster Diplomacy and Island Vulnerability.

Diplomacy
Save for later

Ilan Kelman is a Reader in the Institute for Risk & Disaster Reduction at University College London. He was previously a Senior Research Fellow at the Center for International Climate and Environmental Research–Oslo (CICERO). He is the co-founder and co-director of Risk RED, a non-profit organisation established to make disaster-prevention education more effective, and is co-founder of research projects Disaster Diplomacy and Island Vulnerability. 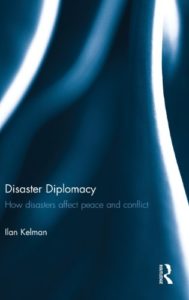 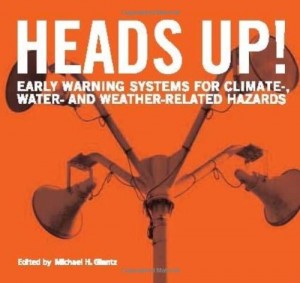 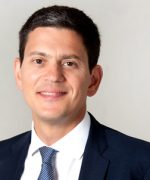