The best books on Iranian History 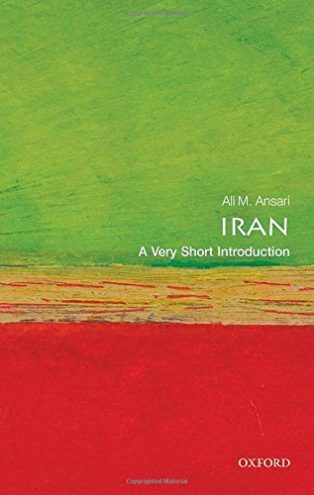 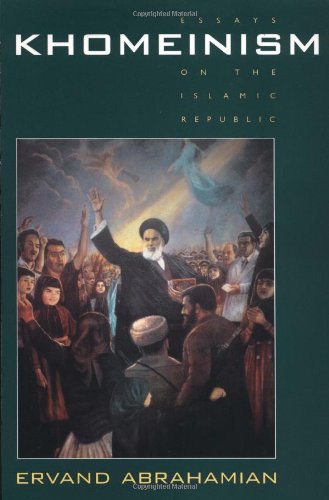 Your first book is Khomeinism by Ervand Abrahamian.

Yes, Abrahamian is one of the leading historians of modern Iran. He always writes very interesting things about the social and political history of the country and this book is actually a collection of essays that he has written on the Islamic revolution and its aftermath.

What is really interesting about the work he does is that he tries to challenge various assumptions that we may have about recent events. Particularly about the Islamic revolution and the role of the Ayatollah Khomeini. He looks at the way in which Khomeinism became an ideology which borrowed very heavily from left-wing ideas and Islamised them to an extent by putting them into the language of religion. But nonetheless it shows how fluid the thought of not only Ayatollah Khomeini but also the thought of the Islamic revolution really was.

And he deals something of a blow to this idea of a staunchly orthodox Islamic state by exposing the idea that the reality was a much more heterodox movement than people normally accept. So I think this collection of essays is very good for showing that and really challenging many assumptions. He always has the capacity to make you think. He shows that the Islamic revolution is a very standard modern revolution rather than something than harks back to earlier centuries. 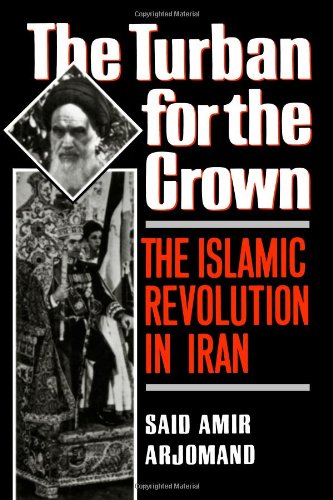 The Turban for the Crown

What about The Turban for the Crown by Said Amir Arjomand?

Said Amir Arjomand is another leading historian of modern Iran. He is probably better classified as an historical sociologist. Whereas Abrahamian comes from a Marxist outlook and uses a Marxian approach, Arjomand is someone who applies Weberian concepts to Iranian history and development. He also works with the long view and he looks at religious historical developments. So he looks at the history of the country from the early 19th century through to the contemporary period.

There are, for me, two really influential English-language histories of the 20th century and this is one of them. And he is really showing that element of continuity of the monarchy and the Islamic republic that overthrew it – the way in which the concept of the supreme jurist came to replace the monarch as the supreme arbiter and also in some ways the autocrat of the estate. He makes people think about the historical context of more recent developments.

There is this idea that people in the West are often baffled by how the revolution came about.

Yes. But people like Arjomand have been writing about the revolution for the best part of two decades, so it is something they do very well. And you have to remember that back in the 1980s there were very few accessible scholarly texts on modern Iran, unlike Europe and the US. So their contribution is important. They try to explain things using concepts that are familiar to us in the West to show that although this was ‘a religious revolution’, which seems unlike anything we expected in the West, nonetheless it is explainable using methods and tools that are very common to Western sociologists and historians 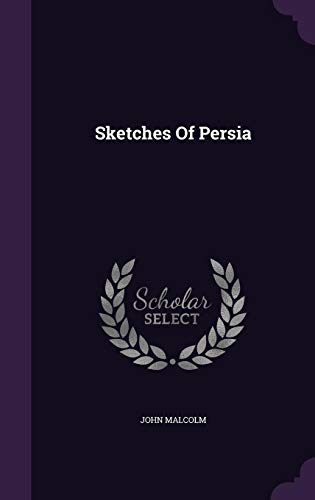 Tell me about your next book, the classic Sketches of Persia by Sir John Malcolm.

This book I like a great deal. These days it is quite difficult to get hold of but it is out there! It is the memoirs of Sir John Malcolm, a British officer who was among the first diplomats in Iran in the early 19th century to sign a treaty of alliance between the then king and George III. And Sir John Malcolm is famous for being the first English-language historian of Iran. He produced a monumental study of the history of Persia, published in 1815. It has largely been dismissed now because people think it is very out of date, although I still think it bears reading. But this book is his memoirs, which came later, and I think is probably more interesting.

He puts in an account of his mission in Iran littered with interviews, little case-study examples of how Iranian society and politics work. And it is full of wonderful gems of information about Iran, its people, its literature, its language, its place in the world and the way in which the Europeans encountered it. And it is quite refreshing because Malcolm was writing at a time before the period of European colonialism was at its height so he doesn’t have many of the condescensions of the others. He looks at the Iranians and takes them at face value. He disagrees with them about many things and takes them on in these debates about the role of women in Iranian society – a debate which would be very pertinent today, which shows how little really attitudes have changed. So he highlights a number of issues that Europeans would have with Iranians and Iranians would have with Europeans but he is also a very astute and keen observer of the Iranian mentality and for that alone he is invaluable. 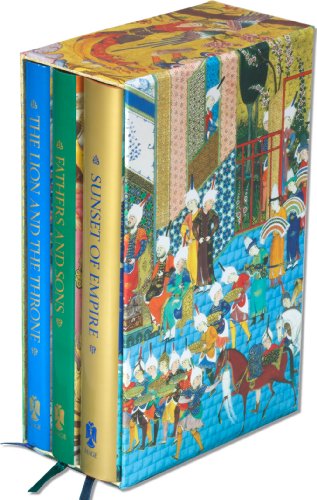 by Abolqasem Ferdowsi, abridged and translated by Dick Davis

Your next book is the epic poem Shahnameh by Ferdowsi.

Yes, the Shahnameh is an epic poetic rendition of what is generally described as the national myth of Iran. It is in effect a creation myth which looks at mythical and legendary kings down into the historical period of the last two pre-Islamic dynasties. What Ferdowsi, the author of this poem, did at the cusp of the 11th century was put this monumental prose material into poetic form. And this was a form that could be memorised so that the history and identity of a people who had suffered defeat in a conquest could also be maintained for prosperity. The edition I am looking at is an abridged translation by Dick Davis and I think it is probably the best on the market. The original is twice the length of the Iliad: it is a huge, huge text which many Persians and Iranians can recite part of. But I think this text and the way in which Dick Davis has managed to bring some of the lyrical beauty of the text into English is also a great way for a non-Persian speaker to be able to access the myths and legends of the Iranians.

Scholars often say that the identity of a people can be recognised in their collected myths, and these are the collected myths of the Iranians which are a good repository of information and ideas. It has a lot of stories of knights and heroes and damsels in distress – all sorts of things that would later become the centrepieces of medieval romantic literature. 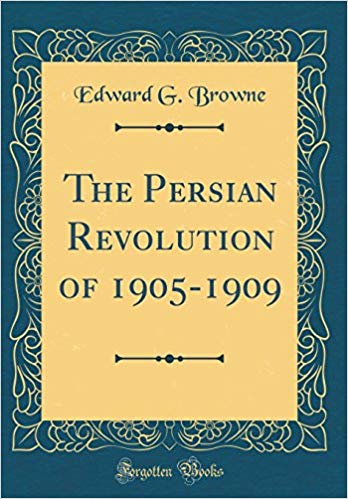 What about your final book The Persian Revolution of 1905-1909, by Edward Browne?

The reason I have chosen this is because Edward Browne is the father of Persian studies in the United Kingdom. Ironically he had a chair in Arabic at Cambridge but his big passion was Iran and the Persians and he wrote a number of seminal texts on Iranian history and literature. He spent a year in Iran in the late 19th century and he wrote a book, A Year Amongst the Persians, which was very popular. But then he became a passionate believer in the revolution which took place in Iran in 1905 and the years following.

The reason I include this book is because on the one level Browne was able to set the narrative of our understanding of this revolution for future generations. Anyone else on political development in Iran can’t afford to ignore this book, as much as it is now a slightly antiquated book.

The other thing I think is interesting about Browne is that he is the first, in many ways, of the academic activists. Apart from being a serious scholar he was also a very fierce proponent of constitutional change in Iran. He is the only Englishman to still have a street named after him in Tehran as a result of this, and they never changed it because they still feel even today that Edward Browne was a real champion of popular rights and they recognise the contribution he made. So I think his book is seminal for those two counts.

He lobbied very extensively. There is an interesting correspondence between him and Lord Curzon where he would constantly criticise him for not getting more involved in Iran and supporting the constitutional changes.

Ali Ansari is Professor of Iranian History & Founding Director of the Institute for Iranian Studies at the University of St Andrews.

Ali Ansari is Professor of Iranian History & Founding Director of the Institute for Iranian Studies at the University of St Andrews. 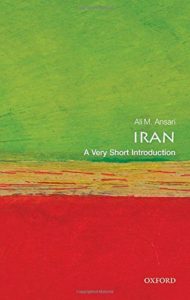