The best books on The Context of Architecture

recommended by Jeremy Till 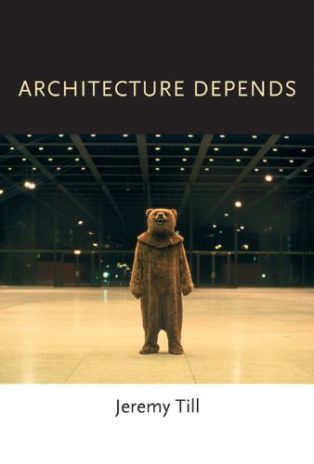 Architecture depends at the building stage on money and politics, and later on users, time and weather. Jeremy Till picks five books to allow you behind the scenes of the building sites.

Your own book is called Architecture Depends. What does it depend on?

Architecture depends at the building stage on a whole lot of external forces and influences – obvious things like money but also less obvious things like politics. After a building has been finished, it becomes dependent upon other things: users, time, and weather and so on. It’s self-evidently true that architecture depends – it’s actually a bit of a no-brainer to say it. But the argument in my book says something else as well: I argue that architects and architectural culture do everything possible to deny that dependency. If you are dependent, then you are in some way fragile, and professionals don’t like that, especially male professionals (and I think architecture is a particularly male profession). The books that I have chosen, therefore, are not about architecture as object (because one can escape that dependency in the seduction of the object) but rather about the temporal and social context in which architecture finds itself. 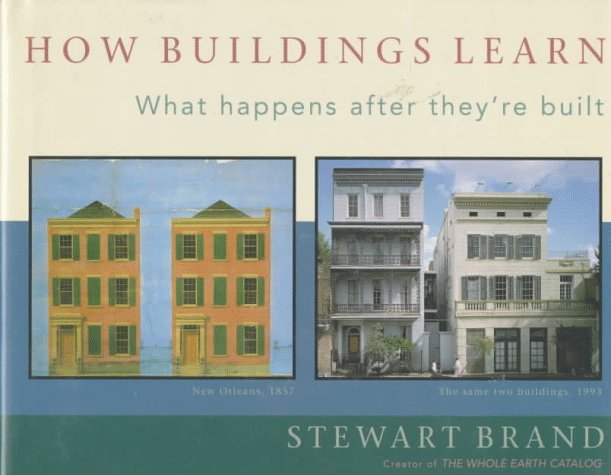 Your first book recommendation, How Buildings Learn, also relates to the idea of ‘dependency’ in architecture.

The book is written by a non-architect. Stuart Brand is a person who thinks clearly about our future, and therefore is in a good position to comment on the future life of architecture. He makes the very simple argument that buildings have a life beyond their immediate completion, and that architects should design their buildings acknowledging that. It is a particularly interesting book because, in the American edition, Brand made a criticism of the famous British architect Lord Rogers, in what I thought were quite mild terms. Brand basically said that the rhetoric of one of his buildings, the Pompidou Centre, didn’t match the reality. He said you couldn’t mix and match and change it, that it is quite frozen as a building. Lord Rogers took such exception to this that he asked the publishers to take the section out when they published the British edition. This is really interesting because it’s not likely that it’s going to be read by lots of architects and clients. What touched him so poignantly, perhaps, was the idea that his buildings couldn’t learn.

What features of a building allow it to ‘learn’?

I think it is largely about the architect working in the background rather than the foreground. It’s being aware of the way that people use buildings. The standard architectural approach to adaptable buildings is to use lots of gizmos: sliding doors, folding screens and so on. Brand’s thesis is different – although he does talk about the technical stuff, his view is that adapting buildings is more of a social endeavour. You have to allow people to adjust their buildings when they adjust their lives. In British housing, everything is designed down to the smallest detail. Every room is labelled; there’s the dining room which is designed so that you can just about fit a dining room table in but nothing else. But if you look at some types of German housing, for example, a room is just called a room – there is no designated use for it. This is the sort of building that can learn: it can adapt to changing conditions. 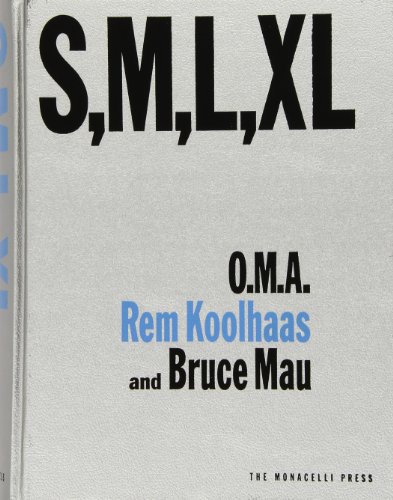 by Rem Koolhaas and Bruce Mau

Koolhaas is just the most brilliant architectural thinker and doer operating today and so I had to include him (this is the only ‘pure’ architecture book on my list, in fact). Although I question his recent political ambivalence, there are more ideas in this book, or even in one page of it, than there are in countless of those boring coffee-table monographs. The book assumes the status of an architectural project, crossing scales and modes of communication. One of the central ideas in the book is called ‘bigness’, which is the acceptance of bigness as a way of thinking about the world and the future. It’s the idea that what ‘bigness’ allows is a whole set of hybrid conditions and unexpected events to pop out, which are not allowed within classic, small, old-fashioned thinking. 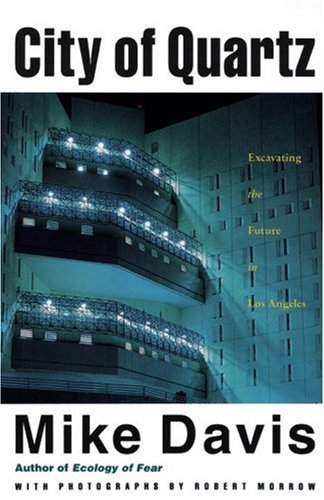 The other books you have chosen are not specifically architectural books. Tell us about the first of these, City of Quartz.

Mike Davis is getting increasingly vociferous about development and climate change, and in a way this is one of his milder books. I found City of Quartz when I went to Los Angeles for first time. In its angry and political way, it describes how cities arise out of an incredibly complex and difficult set of uncontrollable forces. When I first arrived in Los Angles, before I read the book, I was completely and utterly bamboozled by the place. I was thinking what the hell is going on here? It wasn’t just to do with the freeways and the smog, and Hollywood – there was something very strange about it. Whilst I was there I picked up a copy of City of Quartz, which had just come out, and read it all in one session. It made sense of things; why the railways have gone and why freeways had proliferated for example (the railways in LA were brought up by a conglomerate made up of companies in the car industry, who just shut them down because they were competition, which in time meant the freeways popped up). It’s a book about understanding the relationship between the built and the un-built, the physical fabric and social fabric. I also like it because he’s left-wing!

Tell us about your next book, Hungry City.

I chose this book for the same reason as City of Quartz. Hungry City shows equally brilliantly how architects are far more enmeshed in the world around them than they themselves would like to believe. It is a book which provides a very evocative description about how one thing, food, has shaped our cities, through things like markets, food miles and food production and so on. It’s an argument which, if you thought about before you read the book, you might think was a bit mad. But by the time you get to the end, you are persuaded that food is absolutely essential to the way that we understand our cities, and also by her argument that we should think about food when we are thinking about how cities should be made in the future. If you think of what Tesco’s has done to the heart of our towns, most poignantly in terms of our small country towns, for example, food has to be a consideration.

Is it important for architects to be grounded in these kinds of issue?

Yes, because architects are part of the social and political world. I am not making the argument that if you are aware of the social and political circumstances, it is possible to have a revolution through architecture (which is the sort of modernist belief that you can change the world through architectural production). What I am arguing is that at least if you are aware of these forces, then you are able to respond to them; take a stance against them or for them. When you are designing your next housing scheme, for example, you know whether to put in the potential for communal gardens for growing vegetables. An awareness of the wider context allows one to be creative beyond just making beautiful things. 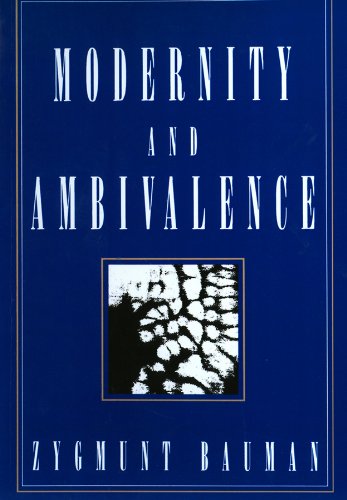 Next book, Modernity and Ambivalence. This looks at contemporary context from a more philosophical perspective. Tell us about it.

Bauman is actually the mentor for my own book. He is so important to me because I had come up with this way of thinking about architecture, and was quite happy with it and beginning to write. Then I discovered Bauman – what he was saying about society, about the way it had evolved into modernity, was similar to what I was clumsily trying to do in my own book. It gave me a sort of intellectual confidence that what I was talking about was real.

What is Bauman saying in the book about society and modernity?

The argument in the book is simply that modernity, in its will to order and reason, had waged a war on ambivalence, on the other, on outsiders and on contingency. I likewise think that architects are waging a war on contingency. They can’t stand dirt for example. All those classic shots of architects’ houses, where everything is neatly lined up, are a symptom of this war on ambivalence. This architectural control is what Bauman puts into the context of a wider trend in society.

Of the many issues we could be paying attention to, what is the most important one today?

Current Dean of the School of the Built Environment at Westminster University since 2008 and partner at Sarah Wigglesworth Architects, Jeremy Till both practises and teaches architecture. He was Britain’s representative in 2006 at the Venice Architecture Biennale. In 2004, 9 Stock Orchard Street, which he designed with Sarah Wigglesworth and is perhaps their most famous building, won the prestigious RIBA Sustainability Prize. In his latest book, Architecture Depends, he argues that architecture is a dependent discipline and offers a critique of the architectural establishment which he believes tries to escape this dependency.

Current Dean of the School of the Built Environment at Westminster University since 2008 and partner at Sarah Wigglesworth Architects, Jeremy Till both practises and teaches architecture. He was Britain’s representative in 2006 at the Venice Architecture Biennale. In 2004, 9 Stock Orchard Street, which he designed with Sarah Wigglesworth and is perhaps their most famous building, won the prestigious RIBA Sustainability Prize. In his latest book, Architecture Depends, he argues that architecture is a dependent discipline and offers a critique of the architectural establishment which he believes tries to escape this dependency.

Books by Jeremy Till 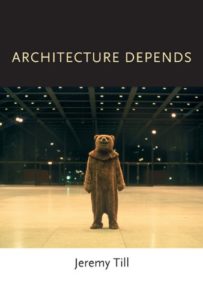 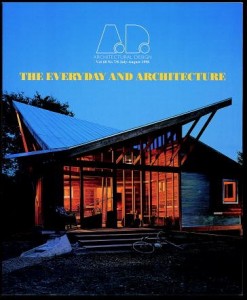 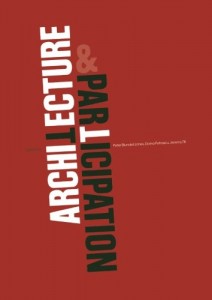 Architecture and Participation
by Jeremy Till & Jeremy Till, with Peter Blundell Jones and Doina Petrescu 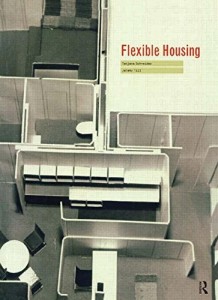 Flexible Housing
by Jeremy Till & Jeremy Till, with Tatjana Schneider 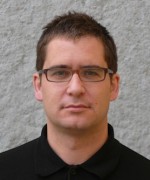 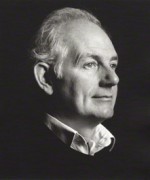 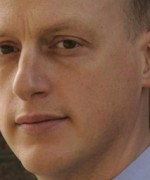