Since founding Andersen Press in 1976, Klaus Flugge has published some of the most well-known and best-loved names in the world of children’s books– he has launched the careers of some of our best-loved picture book illustrators, from Quentin Blake and Chris Riddell to David McKee, Tony Ross, Michael Foreman and Emma Chichester Clark. Here he expounds on his favourite books and why laughter is his favourite subject.

Could you tell me about what inspired you to set up as a publisher, and what is important to you about the books that you choose to publish?

I’m interested to know what you mean by “good” books.

Something that is well-written, of course. And that has something new and stimulating to offer.

Point number two is that I was particularly interested in illustration.

The 2018 winner of the Klaus Flugge Prize was announced on the 12th September – is the prize very much about defining illustration in children’s books as an art form?

Well, there used to be prizes for the best illustrated books, and they’ve gone by the wayside. We felt there was a good reason why one should have a prize for the best illustrated book. The prize is not just for the illustration but the book itself. The book as a whole must contribute something important to the life of children—especially those of a younger age group. Although some of these books are also enjoyed by adults. I think that’s the secret of a good picture book—that children enjoy it as much as adults.

I asked you to choose five books published by Andersen Press that particularly stand out for you.

There are so many books that I could have chosen for this interview. I chose these five because I think they’ve each marked a milestone in progress at Andersen Press. But it was very difficult to choose five amongst the 2,000 books or more that I have published.

“I think the five books I have chosen here all have something important to say; they have an important message for children”

It is amazing that Andersen Press is now 43 years old and that I’ve been able to survive as an independent publisher until now. It’s still surviving very well, you know—without outside help. I think the five books I have chosen here all have something important to say, they have an important message for children.

I’ve noticed that Andersen Press books often are about big ideas or philosophies – which are then handled (by author and illustrator) with a lightness and humour.

A picture book has got to be good and ideally it’s got to offer a new idea—or an idea that needs to be written or illustrated. The illustration and text should inspire the readers. There are very few authors who know how to write picture books—or can write good picture book text. We’re always on the lookout. Many of the picture books we see today have been done before and, I guess, have not been able to contribute anything new. 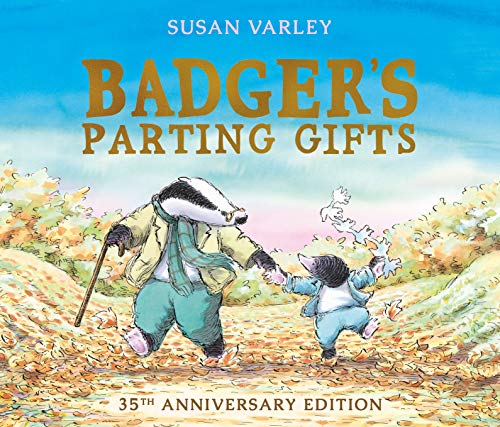 Should we start talking about your five books? First on your list is Badger’s Parting Gift by Susan Varley.

Badger’s Parting Gifts is a story about death that is fresh and that I call light-hearted but it doesn’t preach too much. I think it’s a wonderful example of an idea that needed to be written.

I read the book at my mother’s funeral, you know. It’s a wonderful way of talking about death and I’m sure you’ve come across it and maybe read it once or twice.

I have it on my bookshelves. I like that it examines the process of bereavement as well as death—which is very helpful. Death and bereavement are not things that we as a society talk about or handle particularly well, so it’s wonderful to have a book like Badger, which does.

I think this book will go on forever. You know, that’s one of our few real classics and I think necessary books we have published. 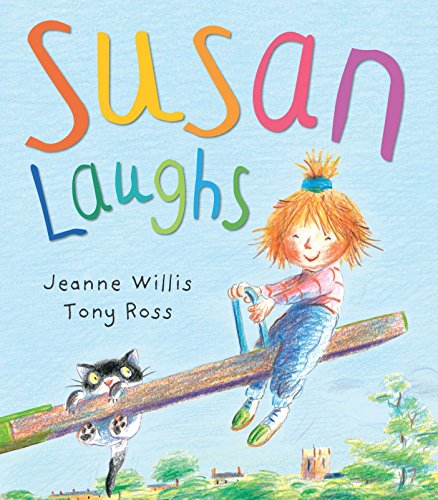 Your second choice is Susan Laughs by Jeanne Willis. Tell me what this book means to you as its publisher?

Jeanne Willis has consistently come up with wonderful texts ideal for picture books. And of course, you will have come across some of those. She has written a great many books.

In Susan Laughs I find it amazing how she gently, gently steers the reader to the fact that there can be handicapped children that do things that able-bodied children would do. And, I think the lesson is that we should be careful that we don’t look down on any disability. So many people can do a lot of things that you probably think they couldn’t do.

It’s a brilliant message, and, because it’s revealed right at the end of the story the reader has to examine their assumptions about Susan.

The final page gives you that wonderful surprise. If I’m proud of anything, as a publisher, it’s to have found interesting new stories but also to have been able to find the artists who were suitably inspired by these stories to bring them to life.

I’ve got two young children so I’m very aware of the positive effect that illustrated picture books have on their internal world, and therefore on the way they approach the real world. 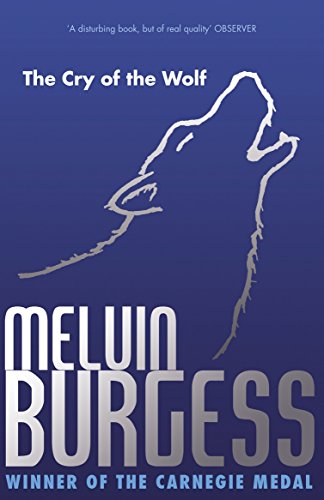 Cry of the Wolf

Your third choice isn’t a picture book nor is it for young children – Cry of the Wolf by Melvin Burgess.

I’ve published a lot of fiction as well as illustrated books. In the case of Melvin Burgess this was his first book. And at first I was a bit reluctant because I was old-fashioned and I thought if a teenager wanted to read they would normally choose an adult book.

The Cry of the Wolf was pushed to me by my son, who was then 10 years old, or 12 years old. He said, “Dad, you have to publish this book. It’s such a fantastic idea about the last wolf in Britain and so well-handled.” And indeed it was. This was Melvin Burgess’s first book and we’ve gone on from there and done another 20 or so. I’ve stopped counting. Junk is one of his most famous books.

The Cry of the Wolf  is a pretty hard-hitting book—as with all of Melvin Burgess’s work—it’s got great heart and passion.

There’s a resurgence, a renewed interest, in wolf books. But wolves I find quite interesting. On the continent, they have reintroduced wolves in some countries like Italy and Germany. And this book shows children that wolves are not as they are often portrayed in children’s books.

They’re not the big bad wolf. 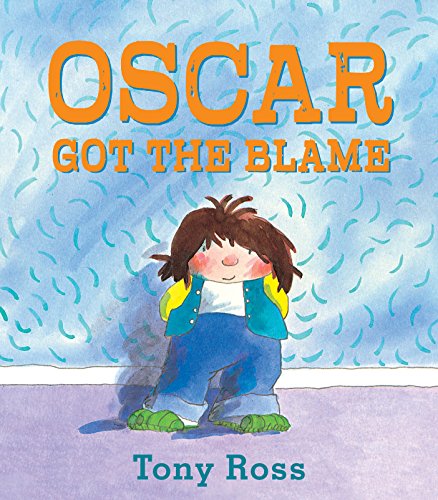 Oscar Got The Blame

Your fourth choice is Oscar Got the Blame by Tony Ross. Tell me a bit more about this book.

Well again, this book is about an idea … or, rather a phrase. You must have come across this phrase as a mother, “I didn’t do it.” It’s the reply when you blame a naughty child for having done something. And again, the book does not offer a heavy lesson. It’s a unique way of writing about a subject that many families will have been faced with often enough.

Oscar Got the Blame is a book that is great to read as a bedtime story, because it’s funny and so recognisable. But, it’s also good to use in a primary classroom setting because it poses lots of questions for discussion about right and wrong choices and even bullying.

Yes. There’s an extra dimension to it. You know, there are so many books I can think of—it’s difficult to choose just five. I chose Oscar because it is a new way of talking about a subject—in this case behaviour—and that reading it makes children feel better.

To make children laugh is important to me. I would say that laughter is my favourite subject. I mean, first to make them enjoy the book—and, ideally, make them laugh at the same time. 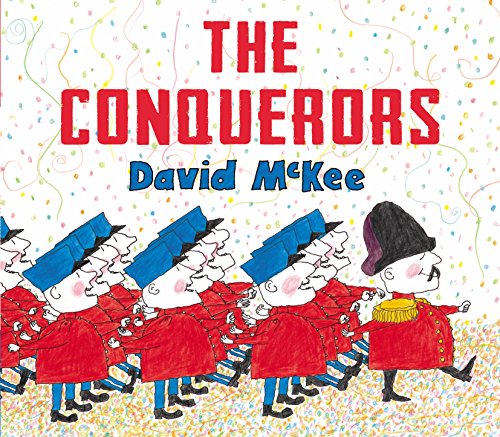 Your fifth and final choice is The Conquerors by David McKee. A general sends his army to conquer neighbouring countries. The smallest and most insignificant country invaded gives such a warm welcome that the soldiers end up singing local songs and sharing local food. So, as a reader you find yourself asking who is conquering whom?

This is a somewhat unusual book. You know, David McKee—everybody knows Elmer the Elephant. I chose The Conquerors because it’s a unique way of introducing an important subject. I suppose you could call it the art of gentle persuasion, or how you can peacefully convince someone to see things your way.

Another slim picture book that handles big philosophical ideas with a light touch. My daughter had endless questions after we reread it in anticipation of this interview.

How old is your daughter?

Yes, well, that’s a perfect age for asking questions and reading this book.

In 1999, he became the first publisher to receive the Eleanor Farjeon Award for outstanding contribution to British children’s books and in 2010 he was awarded honorary membership of the Youth Libraries Group. In 2013, Klaus was made an honorary citizen of the City of Bologna in recognition of his commitment to children's books abroad.

Zoe Greaves on The Best Picture Books of 2017

Our Children's Editor on The Best Chinese Picture Books

Dana Sheridan on The Best Books on Gratitude for Kids

In 1999, he became the first publisher to receive the Eleanor Farjeon Award for outstanding contribution to British children’s books and in 2010 he was awarded honorary membership of the Youth Libraries Group. In 2013, Klaus was made an honorary citizen of the City of Bologna in recognition of his commitment to children's books abroad.