In its study of the broader economy, macroeconomics is a vital tool for understanding the world around us, offering insights into issues that affect us all, like inflation and unemployment. Which textbooks to read to learn more about it? Here, Raffaele Rossi, Senior Lecturer at the University of Manchester, recommends his top macroeconomics textbooks, starting with entry-level books aimed at undergraduates all the way through to the tough tomes you'll need to plough through if you're doing a doctorate and want to work at the frontier of the discipline.

Before we get to the macroeconomics textbooks you’re recommending, can I ask: were all of these textbooks published after the financial crisis in 2008 or have they been updated since?

They’re older, but they have all been updated. The updates are different because each book has a different scope and is pitched at a different level. The updates to the undergraduate textbooks are more important, less so for those catering to an advanced PhD course. 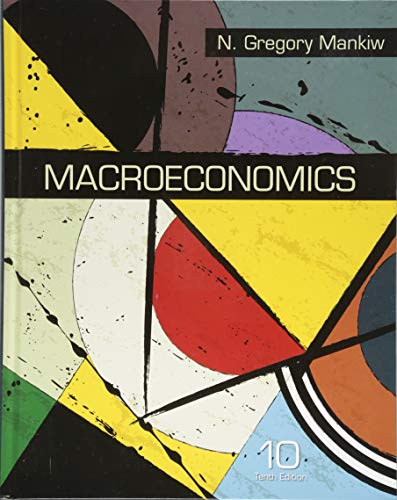 Greg Mankiw is very good for entry-level type textbooks, whether they’re called ‘introduction’ to macroeconomics or ‘intermediate’ macroeconomics. They all suit, more or less, an entry-level knowledge of economics. Some have more, some have less analytical detail. This one is probably the most general in terms of its title, it’s just called Macroeconomics and, in my opinion, it’s the one that can reach the widest audience. That’s why I chose this one.

He’s a great writer. It’s a classic and generation after generation of economists have gone through it. You cannot list five books on economics for undergraduates and not include this book. It would be like listing the five top guitarists from the 1960s and not including Jimi Hendrix.

A perfect analogy. My second question is: what demands does this textbook, Macroeconomics, make on your mathematical knowledge for economics? Some algebra, but no calculus?

It’s very straightforward. For some people it could be challenging, but if you have an A-level in math—to use the British education system [final year US high-school math]—that would be enough to go through the entire book and more. Even with just a GCSE in math [10th grade in the US], that would be enough. That’s why the audience and the demand for the book is very broad, because it can it give you a very good introductory understanding of what macroeconomics is and how macroeconomists think about the economy, the world and so on, without getting too analytical. 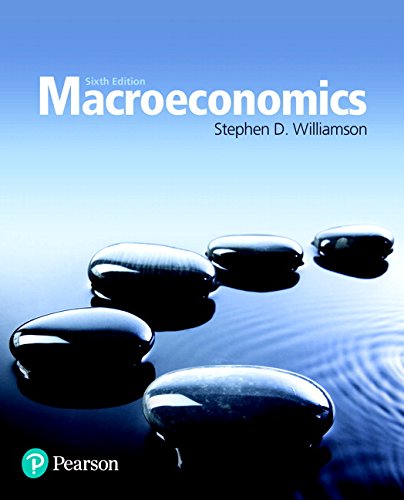 Let’s move on to your next economics textbook, Macroeconomics by Stephen Williamson, who is Professor and Stephen A. Jarislowsky Chair in Central Banking at the University of Western Ontario.

The book is, broadly speaking, divided into two. The first part is rather technical. The technical complexity doesn’t come simply from the calculus, which is rather simple, although for this book, it’s definitely better if you have A-level math.

I use it for my second-year macroeconomics undergraduate courses. We have two streams in our economics degree, and I teach on the more technical one, the BSc in economics. The book is more technical, not only from a mathematical point of view, but also from a logical point of view. The intuitions are elaborated in detail and very precise and the book requires you to think at a level of abstraction that is far higher than what Mankiw requires.

Is the coverage as broad as Mankiw or is it focused on a narrower set of topics and problem sets?

All the concepts that he explains are derived from first principles and, in particular, from pure microeconomic theory. The topics are pretty similar. You could map them, roughly speaking, from one book onto the other. But Williamson is way more technical. Williamson deals more with dynamic problems. 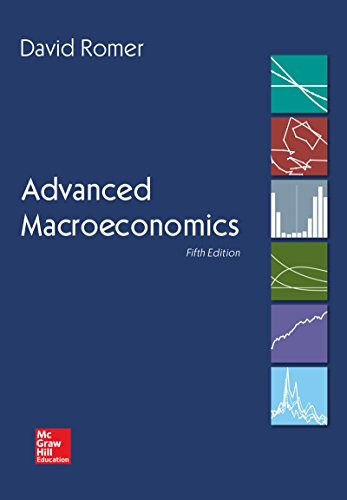 Next textbook up is Advanced Macroeconomics by David Romer, who is Herman Royer Professor in Political Economy at UC Berkeley. What makes this a standout economics textbook?

Romer is very advanced undergraduate level or early postgraduate. If you study macroeconomics at an advanced level, you will come across this book. If you want to have a comprehensive and broad perspective of what macroeconomic theory is today, in the broadest and most concise form, this is the book.

He has 13 or 14 chapters. Each chapter is a fundamental section of macroeconomics, starting with economic growth, going on to endogenous growth and the economics of ideas, economics of information, economics of monetary policy, fiscal policy, employment—you name it. It’s the most comprehensive, and it’s accessible.

The level of analytical skills that you need is quite advanced, in the sense that now, even with A-level math, you’ll need to go through things step-by-step several times. One of the things students used to tell me is that they need to read the book three or four times before they start grasping the general idea. My general reply to them is that every time I open the book again, I notice an extra detail, an extra formula or an extra logical step or something that I had missed before. And I’ve been studying and teaching this book for 15 years.

That’s the interesting thing with Romer. He manages to give an introduction to the state-of-the-art theory in every single aspect of macroeconomics. The book has 14 chapters and each chapter is a research agenda in economics. Which is most active really depends on the year. Some years it’s unemployment, some years it’s fiscal policy, some years it’s monetary policy, but that doesn’t mean that the others are not in fashion. It’s just that sometimes one area might get more attention than the others, which may be related just to the agenda at particular academic journals as much as anything else. But every chapter is representative of a very active field in macroeconomics.

One of the great things about the book is that, if you have a 15-week course, you can really go through the entire book. But if you have five weeks, you can just select five chapters. Each chapter is self-contained and can be studied in isolation. 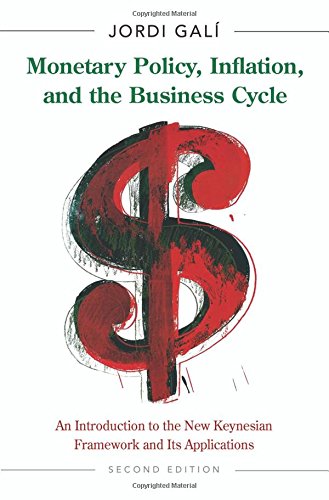 Monetary Policy, Inflation, and the Business Cycle: An Introduction to the New Keynesian Framework and its Applications

Moving on to Monetary Policy Inflation and the Business Cycle by Jordi Gali, who is a professor and researcher at the Graduate School of Economics in Barcelona and also a consultant to the European Central Bank. This is very much a macroeconomics textbook for graduate students and is based around one New Keynesian model, is that right?

And does it cover in-depth all the unorthodox policies that central banks have had to undertake post-2008, quantitative easing and that kind of thing? 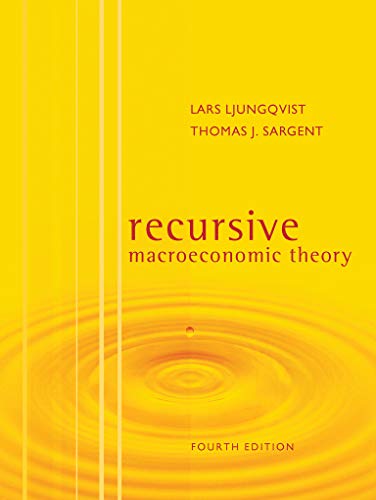 Let’s get onto Recursive Macroeconomic Theory by two professors of economics at New York University, Lars Ljungqvist and Thomas J. Sargent. You mentioned that this is a macroeconomics textbook for PhDs. Before we get to the book, could you explain what recursive macroeconomic theory is?

It’s really difficult from a mathematical point of view. Doing the problem sets is like writing papers. Going through each chapter and then the problem set of the chapter is really challenging and it takes a long time. To cut a long story short, it’s probably the most technical and difficult book you can think of if you want to study macroeconomics. But, obviously, it is the one that pushes you at the frontier. If Romer was the introduction to the frontier in a very broad sense, this one really is the frontier, but in a very narrow sense. The book covers a wide range of topics, but all the topics that the book covers can be recast in this particular analytical form that is called ‘recursive’.

So, the purpose of this economics textbook is to get the student up to speed in using this analytical approach?

Yes. And understanding how you can apply those tools in specific contexts and to particular problems. How, for example, if there are missing markets in insurance, and you cannot insure against a state of the world, you can use these recursive methods to find the solution to that.

Raffaele Rossi is Senior Lecturer in economics at the University of Manchester. His research interests include applied macroeconomics, positive and normative aspects of taxation and interactions between monetary and fiscal policy.

Economics Economics Textbooks
Save for later

Eric Maskin on Economic Theory and the Financial Crisis: A Reading List

Diane Coyle on The Best Economics Books of 2019

Daniel Hamermesh on Books that Show Economics is Fun

Paul Krugman on Books that Inspired a Liberal Economist

Diane Coyle on The Best Economics Books of 2018

Daniel Hamermesh on The Best Economics Books to Take on Holiday

Diane Coyle on The Best Economics Books of 2020

Diane Coyle on The Best Economics Books of 2021

Niall Kishtainy on The History of Economic Thought

Tim Harford on The Best Introductions to Economics

Raffaele Rossi is Senior Lecturer in economics at the University of Manchester. His research interests include applied macroeconomics, positive and normative aspects of taxation and interactions between monetary and fiscal policy. 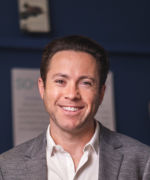