The best books on The Beauty of Maths 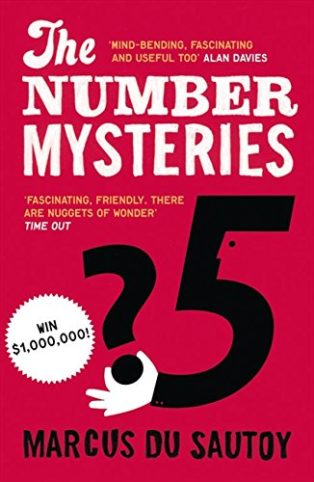 The Oxford professor tells us how he finds beauty in maths, and why his ultimate aim is to become a master of the glass bead game. 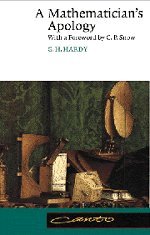 Your first book is GH Hardy’s A Mathematician’s Apology, which is about the beauty of maths.

Yes, it really appealed to me when I read it as a kid because I was interested in music, I played the trumpet, I loved doing theatre, and somehow GH Hardy in that book revealed to me how much mathematics is a creative art as much as a useful science. In fact he probably goes further, he really revels in the beauty of the subject and says he’s not particularly interested in the applications. That really appealed to me at the time – I was still hankering after something that made a lot of logical sense and wasn’t too ambiguous but was creative. That book really brought mathematics alive for me.

It also contains two beautiful proofs, quite simple proofs that someone at school or an adult can understand. One is the proof that there are infinitely many prime numbers and I thought it was a piece of magic that, with just a little bit of finite logic, you can capture the infinite.

There’s also another side to that book which is really special, which is CP Snow’s introduction. This is a beautiful piece of writing about the biography of GH Hardy and particularly about his meeting with the Indian mathematician Ramanujan. That’s a story that plays into another book I chose, which is the script for A Disappearing Number, performed by the theatre group Complicite. 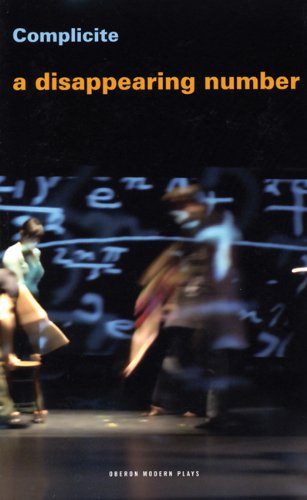 Let’s move on to that then.

The captivating thing about this story is it’s really a mathematical love affair between GH Hardy – Cambridge mathematician, English – and this Indian mathematician, Ramanujan, who had no formal training but somehow had this extraordinary way of thinking about mathematics. And they saw it in such different ways and they came from such different cultures, yet mathematics was this common language which brought them together. It’s a kind of tragic story because Ramanujan comes to Cambridge to work with Hardy but falls very ill, gets very depressed from being away from home and eventually when he goes back to India he dies from a combination of malnutrition and something he probably picked up in India. It’s an extraordinary story of this coming together of the East and the West through mathematics.

I worked with Complicite on their play about this relationship, doing some maths workshops with the actors. It was a wonderful opportunity for me because, if I hadn’t been a mathematician, what I wanted to do was to run away and join Complicite. It’s a company I’ve always loved. The chance to combine my mathematics with my love of theatre through working with Complicite was a dream come true. And Complicite was really determined – which is why I like this play – not just to talk about mathematicians as crazy characters but also to embed the ideas of mathematics in the structure of the play, so they worked really hard to understand what Ramanujan and Hardy were obsessed with. 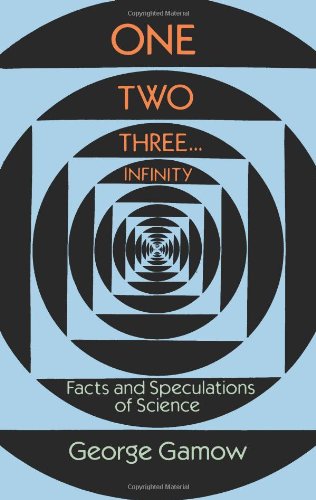 What about George Gamow’s One, Two, Three…Infinity? That goes beyond maths into science as well, doesn’t it?

Yes, one of the things that really excited me when I read this – again when I was at school – was this idea of infinity. Gamow was a physicist first of all: Mathematics is the language of physics and you can see that through this book. It was where I read for the first time the idea that there could be different sorts of infinity and that was just mind-blowing. I thought infinity was something you just couldn’t understand.

Also the book explores how mathematics feeds into the other sciences and that’s why I found it exciting. There’s another book by George Gamow which also turned me on, which is Mr Tompkins in Paperback. It’s a set of physics lectures which this guy, Mr Tompkins, goes to and always falls asleep during the lecture and then he dreams he’s in a world in which the speed of light is 30 miles an hour so he can see the effects of relativity happening on the streets.

Gamow’s a very inventive, top-rate scientist, as is GH Hardy, and I like top-rate scientists talking about their subjects in a lay way. I guess both of them were role models for me because that’s what I try to do: To do top-rate mathematics and then communicate it. I think we’ve all been living a little bit under this spectre that if you attempt to communicate your subject outside of the ivory tower, then you’re going to be knocked as being a second-rate mathematician. I’ve really been trying to prove that wrong in what I’m doing. 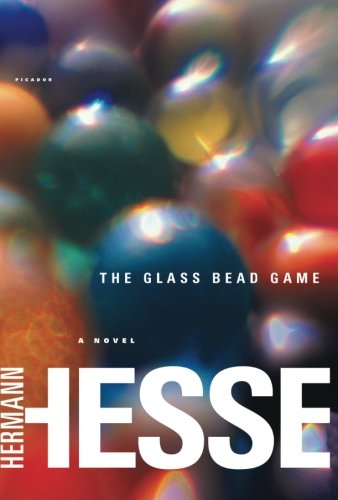 Now, Hermann Hesse’s The Glass Bead Game is a novel but there’s a lot of – not exactly maths – but a lot of pattern in there.

There’s the ideas of mathematics, of philosophy, of music all brought together in this game, the glass bead game, and it’s interesting you picked up on the word ‘pattern’ because that’s what mathematics is about, pattern-searching. And it’s why there’s this link to music very often because the way you listen to music and make sense of it is to find patterns, relationships, structures, evolving structures, common themes changing, mutating. I think all of those ideas are very common to how people do mathematics as well.

When I read that book I thought, ‘Yes, this is the game I want to play.’ That’s what I try to do in the work that I do, to combine my love of music, to explain why music and mathematics have these common themes, to bring mathematics alive through the theatre, write the books I do. That’s my ultimate aim, to become a master of the glass bead game. It’s the book I took on my desert island when I was asked to do Desert Island Discs. I just think it is a magical book. 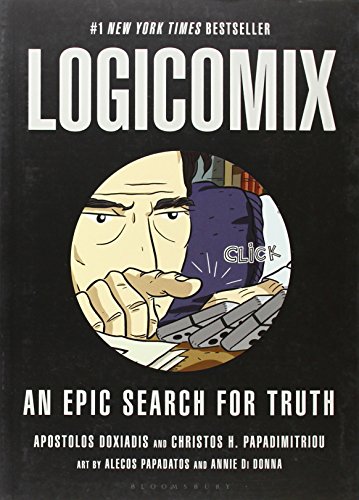 Logicomix: An Epic Search for Truth

Tell us about your last book – Apostolos Doxiadis’s and Christos H Papadimitriou’s Logicomix: An Epic Search for Truth.

I saw the first inklings of this graphic novel when I went to a meeting in Mykonos on maths and narrative and it really looked an incredibly exciting project. I enjoy the graphic novel as an art form and I’ve always enjoyed Tintin and this has a very Tintinesque line to it, the illustration. But it brings alive one of the great stories of 20th-century mathematics, which is the crisis that happened when Gödel proved that there are statements about numbers which are true but which will never be proved. And this went against the whole ethos of mathematics since the ancient Greeks. If something is true, we should be able to prove why it’s true. If there are infinitely many primes, we can prove that there are infinitely many primes. But we don’t know that there are infinitely many twin primes: Primes that are two apart, like 17 and 19. Maybe that’s a true statement that doesn’t have a proof and we’re trying to chase something that doesn’t exist. Gödel’s theorem, proved in the 1930s, was a real bombshell for the philosophy of mathematics.

Isn’t the book about Russell and Wittgenstein?

Marcus du Sautoy is the Charles Simonyi Professor for the Public Understanding of Science and Professor of Mathematics at the University of Oxford. In 2001 he won the prestigious Berwick Prize of the London Mathematical Society, awarded every two years to reward the best mathematical research made by a mathematician under 40. In 2004 Esquire magazine chose him as one of the 100 most influential people under 40 in Britain. In 2009 he was awarded the Royal Society’s Faraday Prize, the UK’s premier award for excellence in communicating science. He received an OBE for services to science in the 2010 New Year’s Honours List. He wrote and presented a four-part landmark series for the BBC called The Story of Maths. He has a regular column in The Times called Sexy Science.

Math & Statistics Science
Save for later

Robin Wilson on The History of Mathematics

Dana Mackenzie on The Beauty and Fun of Mathematics

Marcus du Sautoy on The Beauty of Maths

Kit Yates on The Best Math Books of 2019

Marcus du Sautoy is the Charles Simonyi Professor for the Public Understanding of Science and Professor of Mathematics at the University of Oxford. In 2001 he won the prestigious Berwick Prize of the London Mathematical Society, awarded every two years to reward the best mathematical research made by a mathematician under 40. In 2004 Esquire magazine chose him as one of the 100 most influential people under 40 in Britain. In 2009 he was awarded the Royal Society’s Faraday Prize, the UK’s premier award for excellence in communicating science. He received an OBE for services to science in the 2010 New Year’s Honours List. He wrote and presented a four-part landmark series for the BBC called The Story of Maths. He has a regular column in The Times called Sexy Science. 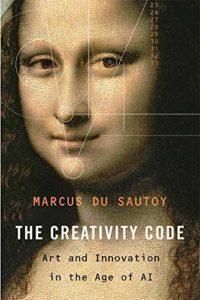 The Creativity Code: Art and Innovation in the Age of AI
by Marcus du Sautoy 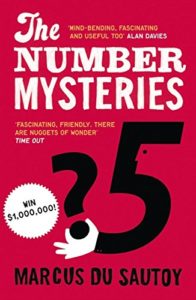 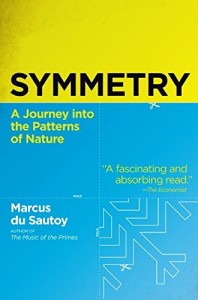 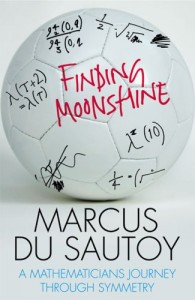 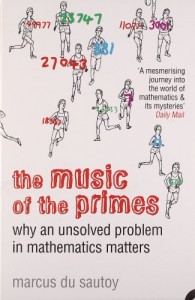 The Music of the Primes
by Marcus du Sautoy 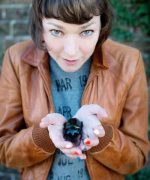 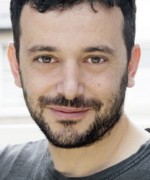 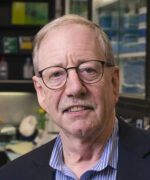 The promises of potions or techniques to achieve longevity have been with us since time immemorial, the outlandishness of some claims matched only by our willingness to believe them. And, yet, today's scientific research does give some clues on how to live longer and healthier lives. Biologist Steven Austad, Distinguished Professor and Endowed Chair in Healthy Aging Research at the University of Alabama, recommends a range of books that give insight into longevity.