The best books on Art and Culture in Elizabethan England

Leading architectural historian, chooses books on art and culture in the Elizabethan era. From CS Lewis on literature, to the fantastic embroideries at Hardwick Hall, to baked rabbit and more. 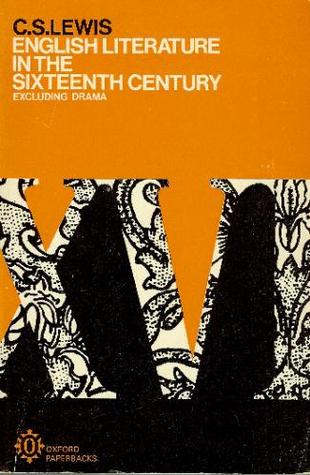 English Literature in the Sixteenth Century

People think of C S Lewis as a novelist really now, of course; he was an English don at Magdalen. I chose it really because it’s a work which I’ve found incredibly useful. It just is, in its way, a brilliant book, because it’s both scholarly and readable, comprehensive and perceptive. He’s interested in the intellectual background of the period. It covers all Elizabethan and early Jacobean literature, excluding drama of course, which is a big exclusion, but that would have needed another book. It’s quite critical – that’s a good thing – and lively, and he goes through it chronologically. It’s also very useful and illuminating: when he comes to an author there’s a footnote with a potted biography. He really gets one interested in the writers who interest him or who he values, and makes you want to read them – or not read them. I found that for instance, reading about Spenser, who I had found quite hard going.

What was it that spurred his passion for the age?

Really the intellectual moral background of the Elizabethan era, and the intricacy of it. I think he’s got a very strong moral sense, which comes across in his novels too. He’s quite interested in the moral backgrounds of writers of the period, and is good on Fox and the religious writers of the time, as well as the poets and writers of romances and so on. 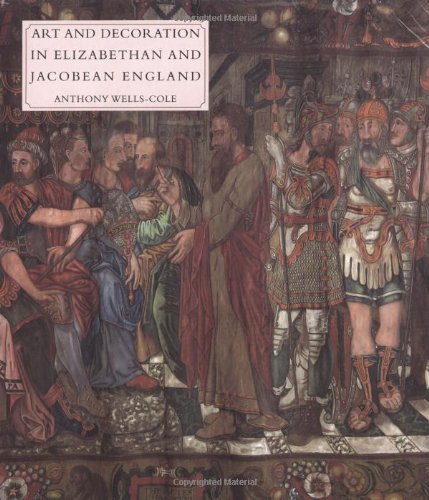 Art and Decoration in Elizabethan and Jacobean England

Now, Art and Decoration in Elizabethan and Jacobean England by Anthony Wells-Cole.

It doesn’t sound very exciting but it really is. It really was a seminal book this, because he was interested in the extent to which the work of artists, craftsmen and embroiderers in England relied on decorative ornamental prints from the Continent. His extraordinary achievement was to build up an enormous library of photographs of all those actual prints, as well as photographs of the English ornament, a lot of which are reproduced in colour in this book. And he had this amazing visual memory, so he could match them together and even when, you know, a little corner of a print had been taken out and made into a bit of fireplace or something, he could spot it.

Was he the first to notice these similarities?

People sort of knew it: a few correlations had been spotted, but what he really found out was that pretty well any Elizabethan ornament, whether on a dress, on a fireplace or a piece of furniture, in an engraving, in a book, derives from Continental sources, because they were the only sources available really.

Was there no English tradition worth building on?

There wasn’t so very much in Britain. There was this terrific surge of engravings on the Continent, which came flooding into England mostly from Antwerp, but to some extent from Italy and France too. There was a big market for engravings around St Paul’s, but also a lot of foreign craftsmen were coming over from the Continent, usually because of religious wars and so on. What I found so interesting was that you might have thought that this meant that Elizabethan art was completely derivative, but it wasn’t: because they used these sources in a wonderfully creative way – they would take out one element and enlarge it, or alter it, or they would collage together lots of different things so the end result was something basically different from what they’d been copying.

The Embroideries at Hardwick Hall

On to The Embroideries at Hardwick Hall.

I chose this partly because I love Hardwick. It’s an amazing place. The embroideries are one of the most fascinating aspects of it, because it’s got this huge collection unequalled anywhere. All Elizabethan houses were full of embroideries, but in most cases the contents have been dispersed. At Hardwick there’s never been a sale, and it just piled up. There’s no other building in the world with such a wealth of original fabrics, which have always been in the house, and these are very richly illustrated in this book. Somehow I find it fascinating to use this book, because as you move through the pages you just seem to be moving into the Elizabethan age. You really feel that you’re there, because all the different aspects of it – the animals, flowers, stately women or grotesque faces, crossbows, carriages and so on – show the sort of fascination Elizabethans had with symbolism. They didn’t think abstractly very much, I don’t think: when they thought of geometry, they thought of a woman symbolising geometry and holding a pair of compasses. On the whole, Hardwick was a woman-dominated house, because it was this rich widow who created it, Bess of Hardwick. She was keen on illustrations of Patience, because she thought she’d been very patient, having survived her four husbands and all sorts of dramas and excitements, and having won through at the other end, becoming the richest woman in England. Men seem to come rather badly out of the art at Hardwick. 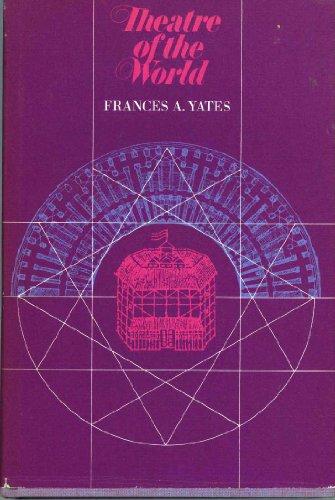 Theatre of the World

by Frances A Yates

Your next book is Theatre of the World.

Yes. Frances A Yates was one of the first people to look at the ideas behind the Elizabethan age. This book is about the ideas behind the Elizabethan theatre, specifically, which it puts into a European context, and shows that it wasn’t at all a provincial thing but was tied into the Classical world. There were ideas of geometry and proportion in the theatres, and there was this idea that the theatre was a miniature of the world. She puts all this across in a way that people hadn’t done before. The idea that the Elizabethan theatre was a conscious recreation of Roman theatres… people hadn’t thought about that. Perhaps she goes too far – there’s been quite a lot of criticism of what she did – but she was a very original mind. She was interested in the, not exactly the magic, but the Elizabethan ideas of magical connections. Her great hero was Dr John Dee, who Queen Elizabeth liked talking to because he was possibly a magician who could talk to spirits and so on. Frances Yates really resurrected him in this book; he’d been thought of just as an eccentric figure, but she went into his intellectual background and the fact that he had the biggest library almost in Elizabethan England, which was in Mortlake. She thought that he’d had a big influence on craftsmen in Elizabethan England, because he wrote the introduction to a book on Euclid, which has quite a bit about architecture in it (which she was one of the first people to notice). She thought that Elizabethan craftsmen, including the carpenters who built the theatres, used John Dee’s library, which was quite possible, I think. Frances Yates became the trendy person for English architects in the 60s, and in fact this book was very influential in Denys Lasdun’s National Theatre. 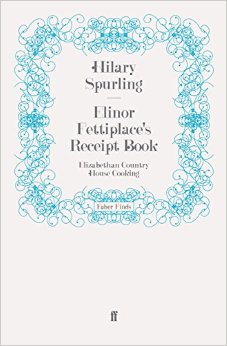 Hilary Spurling inherited from an old aunt a little leather-bound manuscript volume, which in fact contained all the recipes of someone called Elinor Fettiplace, who wrote it out in 1604. And so Spurling turned it into a book with about 200 of the recipes, with her comments and the background and history of Elinor Fettiplace and her family. Fettiplace was the daughter of a man who lived at Sapperton in Gloucestershire, so she came from a good country house background. She married into the Fettiplace family who were Oxfordshire gentry. This book enables you to see the Elizabethans through their food in a very intriguing way, and she actually tried out a lot of the recipes herself. They’re not just recipes for eating – there are recipes for medicine, and recipes for scent: Elizabethans loved to put very intense smells into pots which you could open up and the smell would come out.

Mark Girouard is an architectural writer, a leading architectural historian, and biographer of James Stirling, as well as an authority on the country house. He was previously architectural editor of Country Life magazine, and was Slade Professor of Fine Art from 1975 to 1976. He was elected a Fellow of the Society of Antiquaries of London in 1987. His book Elizabethan Architecture was published in 2009. Elizabethan theatre, he says, wasn’t at all a provincial thing but was tied into the classical world and Europe. There were ideas of geometry and proportion in the theatres, and there was this idea that the theatre was a miniature of the world. ‘Elizabethan theatre was a conscious re-creation of Roman theatres,’ he says.

Mark Girouard is an architectural writer, a leading architectural historian, and biographer of James Stirling, as well as an authority on the country house. He was previously architectural editor of Country Life magazine, and was Slade Professor of Fine Art from 1975 to 1976. He was elected a Fellow of the Society of Antiquaries of London in 1987. His book Elizabethan Architecture was published in 2009. Elizabethan theatre, he says, wasn’t at all a provincial thing but was tied into the classical world and Europe. There were ideas of geometry and proportion in the theatres, and there was this idea that the theatre was a miniature of the world. ‘Elizabethan theatre was a conscious re-creation of Roman theatres,’ he says. 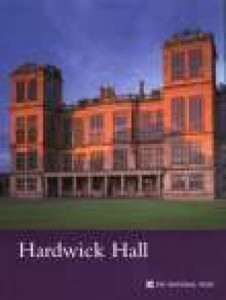 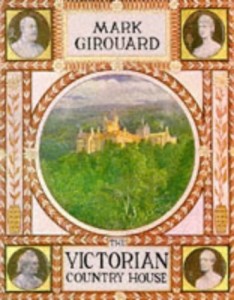 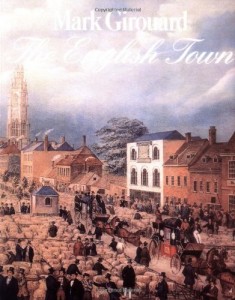 The English Town
by Mark Girouard 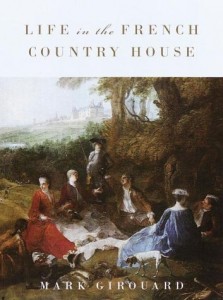 Life in the French Country House
by Mark Girouard 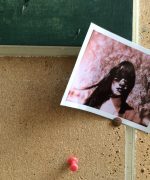 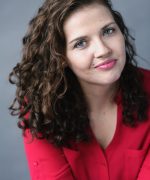 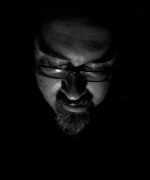