The best books on Film Directing

The young film director of Sex & Drugs & Rock & Roll (about the troubled but brilliant British rock star Ian Dury) talks about the books that inspire his films.

Your first book is Sex & Drugs & Rock’n’Roll: The Life of Ian Dury by Richard Balls. You have recently directed a very successful film by the same name. How much did the book inspire you to achieve that?

When I came on board the first thing I did was read Richard Balls’s biography, and Paul Viragh, the writer, had written out a list of ideas of where the film might go. We kept it all open for a while, because of course with anyone there are a million different films you could make. And that was particularly true for Ian Dury. He seemed to be a thousand different people all trapped in the same body. 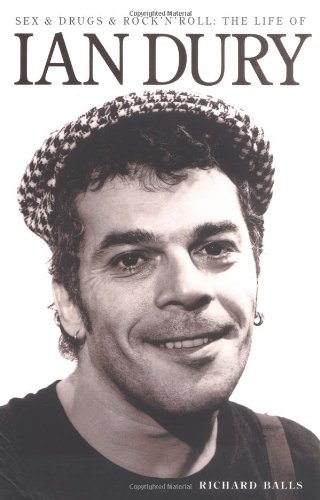 There is a new biography on Ian by Will Birch that came out last month, but when I started the film the only thing that was available was Richard’s book, which luckily is very good. It’s 500 pages and it goes into lots of details, which was difficult for me as a film-maker because we were trying to make a 110-minute film. So we decided to cherry pick moments from the biography.

What moment stood out for you when you read the book?

Well, I wanted to re-create Ian warts and all. And one thing that struck me in the book is when Richard wrote about how someone came into a room where Ian was sitting and told him that his schoolteacher, at the disabled school where he was brought up, had killed himself. And Ian told everyone in the room, ‘That’s made my day, that has.’ For me, that is such a shocking thing to say about anyone, but it said so much about him.

I thought this is the type of thing we should be including in the film and, although we were in two minds about it, we spoke to people who had been there and they said, ‘Yes, that’s absolutely true, it did happen.’ But, the problem is, when you talk to the people funding the film and say you are going to make a film about someone who can say such things, they get windy.

I just thought that the episode revealed his vulnerability. And the fact he had been abused as a kid was important to leave in. Some of the critics have said I went too far, but the whole point is he was incredibly complex, generous and charismatic, but also very cruel and that is what reading the biography taught me.

So, for people who have seen your film, is it worth reading the book?

Absolutely. We always said our film is a surreal take on his life. It is almost as if he is an MC telling his own story. What I told everyone is that the film is a starting point: from that it is great to go and rediscover his life through the two biographies about him and his music.

Your next book is also related to one of your films, The Shock Doctrine by Naomi Klein.

I have been trying to get various different documentaries made. One was about my parents who were political exiles from Argentina. They had been in prison in the 1970s. But I couldn’t get any money to fund it. Then I met a man who had been an interrogator at Abu Ghraib and he wanted to go back to Iraq and apologise to some of the people he had interrogated, and I couldn’t get any money for that either!

Then Michael Winterbottom, (who I had co-directed The Road to Guantanamo with) approached me out of the blue to say that he had been approached by Naomi Klein and the producers. And they had asked him to make a film about her book The Shock Doctrine and he wanted to collaborate with me again. I was in the middle of working on a TV programme. But I grabbed hold of a copy of the book and read it over the course of a few nights.

I really loved it, and what was so fantastic for me was that all my attempts to look at the subject had all been very subjective and ground-level views, telling a story through my parent’s eyes, etc. But what Naomi does with her book is to try and describe how big events like Iraq happen; why do Guantanamo and Abu Ghraib exist?

It starts off with the theory that moments of crisis have been utilised by the right wing in the US and other countries to manipulate people into following their agenda. And that leads all the way up to the economic crisis that we have at the moment. 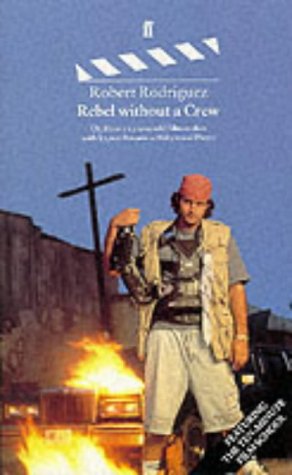 Rebel Without a Crew

Your next book, Rebel Without a Crew: Or How a 23-Year-Old Film-Maker with $7,000 Became a Hollywood Player by Robert Rodriguez, must have been an inspiration for you.

Yes, I remember growing up and really wanting to be a film-maker. I didn’t understand how films were made. There wasn’t a huge amount of information at the time. It seemed like an impossible dream to go off and become a director – there was no sure-fire route. There still isn’t. I remember going to the careers adviser at school and saying I want to be a director and he pretty much laughed at me and said, ‘Well you can’t!’

So when that book came out it was so inspiring because Rodriguez basically said, look, if you were a musician or a writer you would go off and write and write and no one ever sees what you do. And in the same way, if you play a guitar you will go off to your garage and practise until your fingers bleed and you are really good. With film you don’t get that opportunity. You get given a million pounds and you can often make a film which is a disaster because you don’t know what you are doing and you are practising as you go along. What Rodriguez said is, just grab hold of a camera and go off and shoot and practise, and that is how you learn by making your mistakes in private.

So what was your first project?

I used to go off and make films with my friends when we were kids. My dad bought a video camera for me when I was about 14. I didn’t have any editing equipment but we would just edit in the camera, which is quite a good discipline. So you would be watching other films and ripping off ideas.

They were pretty sloppy horror films and slapstick comedies. Lots of Monty Python influences all ending in slapstick violence. But the good thing was I could get it out of my system and work out what worked and what doesn’t. And you realise that you can cut together something which is just as engaging as anything you see on TV, even if it isn’t as polished! 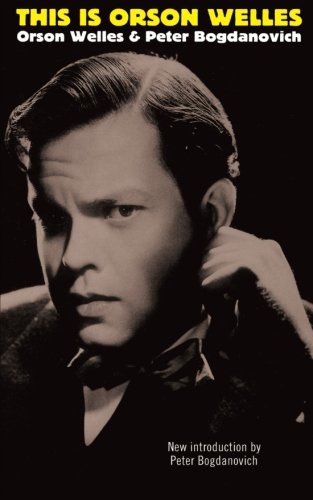 This is Orson Welles

by Orson Welles and Peter Bogdanovich

Orson Welles has always been my favourite director. I remember catching films of his late at night. One of the first films I saw of his was Touch of Evil; I had never seen anything like it. And the book is incredibly inspiring. He is sitting down with his friend Peter Bogdanovich, who is another great film director, and the two of them just talk about Orson Welles’s career. Welles is a great conversationalist.

A lot of people say it is such a shame he had such problems financing his films. But I think that actually if you look at the way he speaks and the life he led ­– that is as much as anyone else has done. It’s just intriguing to see the way he talks about his life. There is no regret and no bitterness, just an amazing force of life.

Your final book is about another great director, Hitchcock by François Truffaut. Is he another hero?

Yes, Hitchcock is a great artist, but he hides his art behind these thrillers. It’s like a gut punch when you see something like Psycho for the first time. I remember watching that when I was about 12 and just walking about the house feeling completely torn apart and not knowing what the hell I had just seen. So hearing Truffaut, who is another one of my favourite directors, talking to Hitchcock and having this conversation where they reassess his career for the first time and start to talk about his career in terms of art rather than just entertainment, is fascinating. It is one of the best books on film ever written.

Based in London, Mat Whitecross is a young film director who has been widely praised for Sex & Drugs & Rock & Roll, his film about the troubled but brilliant British rock star Ian Dury.

Based in London, Mat Whitecross is a young film director who has been widely praised for Sex & Drugs & Rock & Roll, his film about the troubled but brilliant British rock star Ian Dury.