Author Matt Lynn says that good thrillers need a sense of foreboding and tension – and a brilliant central character. "The thriller has always been a very political genre, a kind of snapshot in time" 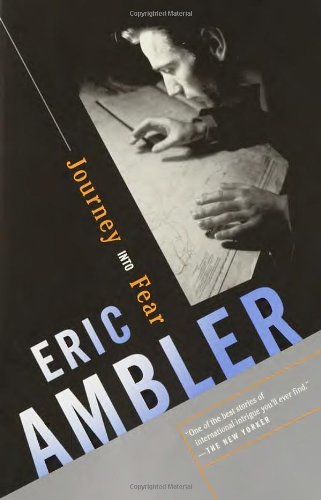 We’re starting with Journey into Fear by Eric Ambler.

A lot of people really like Eric Ambler and he’s a wonderful prose stylist – he’s a serious writer. This is a claustrophobic story set on a ship full of German spies and the hero is an English spy. It’s set in World War II and what’s amazing is that it was written in 1940 and he didn’t know what the outcome of the war would be. We know Germany lost and everything was OK, but if you were writing in 1940 you’d think: ‘Cripes, these people look very scary and good and we don’t really look very good at all.’ It’s like all those Cold War thrillers that look very different now that we’ve won, but if you go back and look they were very frightening. This book is like George Orwell writing a thriller – it was the start, really, of the thriller as a literary genre.

What is it that makes it better than other thrillers of the same kind?

Well, it’s the sense of foreboding and tension, I think. The claustrophobia and, of course, a brilliant central character. Two of my choices are set on ships, so I suppose it’s that they are closed room stories about current events – the enclosed space. The thriller has always been a very political genre, a kind of snapshot in time. If you want to know what people were really thinking at that time in politics, read a thriller.

There’s a wonderful bit in one of John Buchan’s books where the hero, Hannah, is having a very casual conversation with someone about the battle of the Somme. We think of it as the worst carnage in human history but at the time there seems to have been quite a casual attitude to it: ‘The boys gave the Bosch a good bashing.’ 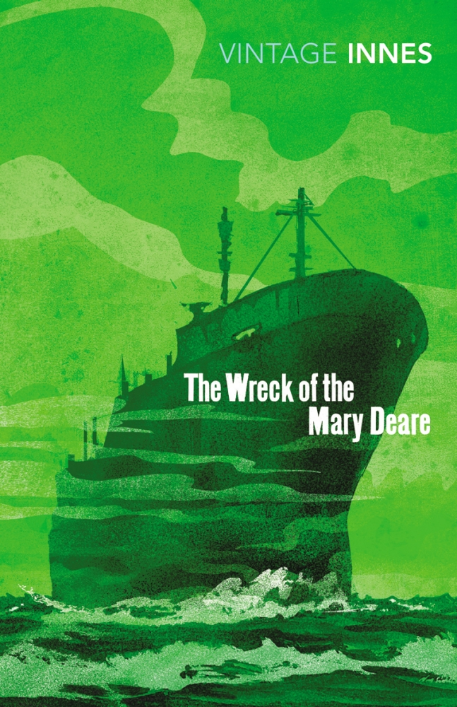 The Wreck of the Mary Deare

Next, you’ve chosen The Wreck of the Mary Deare by Hammond Innes.

Again, Innes is a great adventure writer. I write boy’s own adventure stories and am inspired by people like Innes. I’m not sure anyone reads him anymore, but Innes was huge in the 1950s and 60s. He’s really the missing link between writers like John Buchan and the modern thriller.

We are at sea again. Innes wrote a lot of stuff about the sea. What’s good about this one is the way he plunges an ordinary person into a conspiracy to see how they respond and cope. Buchan did a lot of that too but Innes perfected it. He also takes the ordinary and makes it frightening. We think of the Channel as a placid, dull bit of sea between Dover and Calais in which your ferry might sometimes sway a bit. But towards Brittany it’s very rough and sailors think of it as a particularly nasty sea. So, this man is on a little boat out there and he spots an abandoned ship. There has been a terrible storm and only the captain is left and he’s gone completely mad. This sea we think of as so dull is suddenly really scary and he was, I think, the first thriller writer to do that, to take something humdrum and make it terrifying. Hitchcock was doing it in the cinema so it was entering the mainstream by the 1950s. 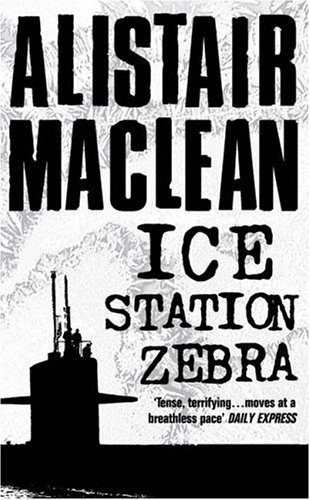 Now, Ice Station Zebra. You’d have to be a man to read this.

Yes. I doubt that many women read and enjoy Alistair MacLean. I model my own books on them – boys’ books for boys. MacLean was the master of a style of rugged, very masculine action adventure story that is probably best exemplified today by SAS writers like Andy McNab and Chris Ryan. His books were the source for classic films such as Where Eagles Dare, and The Guns of Navarone. Ice Station Zebra is his finest work: men battling against terrifying, extreme conditions, and caught up in a global power play. He’s very good on place and action, small groups of men in terrifying conditions and how they relate to each other.

How do they relate to each other?

Well, being men, not very well. They are totally on planet Mars and there isn’t a lot of sitting around or introspection. So, they go to this ice station up by the North Pole where there is a stricken nuclear submarine and they have to rescue it and hack through the ice and stuff. It’s very sparsely written and full of good jokes – witty and stylish, the epitome of escapist reading. 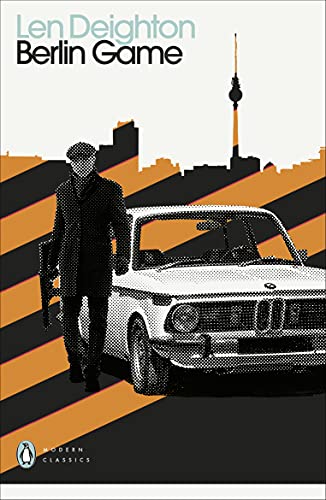 All spy fiction is really an extended metaphor for the office. No character captures that better than Bernard Samson, a middle-ranking intelligence executive, who can’t trust anyone. He’s meant to be outwitting the KGB, and but he could be any middle-aged man struggling to stay afloat in a big company, betrayed by his bosses as well as his wife. Berlin Game is the first (and best) of the Game, Set and Match trilogy, the height of Deighton’s achievements.

Samson is going into work every day on the train, watching his back at work, his marriage is collapsing. Deighton is very good on women and marriage. Anyway, Samson is hunting for a mole in the organisation who is leaking details and it has a brilliant twist because all the way through you think the marriage stuff is just padding, characterisation, but in fact one of the reasons his wife is so difficult is that she’s working for the KGB. I think this really is the best Cold War thriller.

And now, of course, The Odessa File.

Frederick Forsyth is the BMW of thriller writers. I always think if you wanted to learn how to make a car you’d get a BMW and take it apart and put it back together again as many times as you needed to work out how they do it. That’s what I think about Forsyth’s thriller writing.

This one has a great setting in the early 1970s when there were still Nazis everywhere and gold and conspiracy theories. For the time it was very surprising to have a German hero, and a sympathetic one. This book sets the template for the lightening paced thrillers with conspiracies and action, cutting from place to place – now we’re here, now we’re there – information, a kind of gung-ho attitude … It really is the business, that book.

How does he do it?

Well, he perfected the technique of documentary realism, which is much harder than it might look. He puts in lots of contemporary information and realism and gets the balance exactly right. Tom Clancy, for example, puts in much too much detail, but Forsyth builds in the contemporary conspiracy with good editing. Basically, he’s a brilliant editor. Each scene is exactly the right length, hopping from place to place. Technically he’s very accomplished.

Man’s man Matt Lynn has spent the last few years ghost-writing military thrillers that ‘sell by the truckload’. He has now created his own series of books using that experience as a background. ‘Every SAS guy you meet these days is off fighting in Iraq for one of the Private Military Corporations. And it struck me that a small PMC unit would make a great theme for a series of books tracking a group of hardened fighters as they make their way around the world.’

Man’s man Matt Lynn has spent the last few years ghost-writing military thrillers that ‘sell by the truckload’. He has now created his own series of books using that experience as a background. ‘Every SAS guy you meet these days is off fighting in Iraq for one of the Private Military Corporations. And it struck me that a small PMC unit would make a great theme for a series of books tracking a group of hardened fighters as they make their way around the world.’ 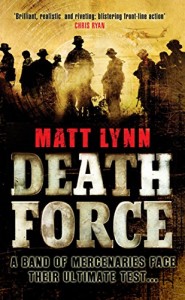 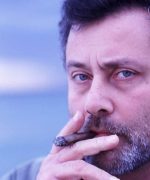