The best books on Horticultural Inspiration

How did it all start?

As a child I lived in Northern Ireland so I grew up surrounded by natural beauty. But it wasn’t until I was about 30 when I visited Tintinhull in Dorset that I realised that gardening wasn’t just about what you did – cutting down nettles, or weeding and so on – but about beauty: creating a garden is also fulfilling man’s need for organisation and security. 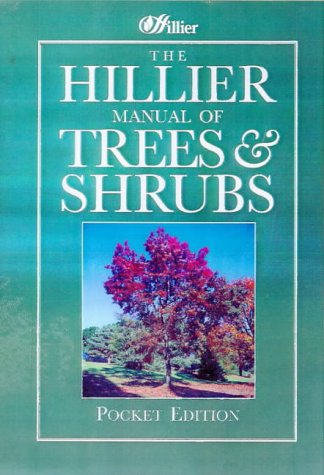 The Hillier Manual of Trees and Shrubs

After that, I became completely passionate about plants. It started with shrubs and trees. I carried around a reference book, The Hillier Manual of Trees and Shrubs – and read it in bed at night of course – and I had a notebook to write down every single plant I came across. Then when I saw it again I’d remember it. It was a sort of game I had to play. I had to know. It also showed people you were serious and once other gardeners know that, they’re immensely generous with their time and their knowledge.

I’ve still got my 1972 edition and although I’ve got two other copies, there are so many notes in my first edition that I’ve had to have it rebound. It’s a constant companion.

You started gardening seriously at Hadspen?

Yes, we moved here in the 60s and at first, I was restoring the garden as it had been in the early 20th century. But after a visit to Zennor in Cornwall, I wanted to try and grow some of the things I’d seen there. There’s a microclimate at Hadspen which lends itself to the more tender plants and it’s been a great success. 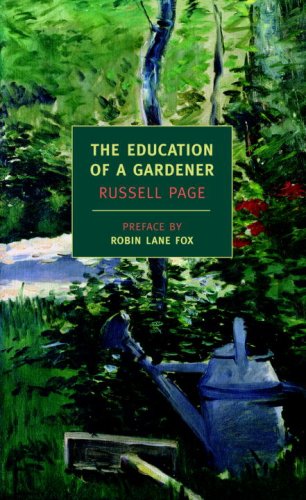 The Education of a Gardener

Some time later I came across Russell Page’s book The Education of a Gardener, and that has echoed through my life ever since I first read it. In a sense, he was making use of what he’d seen in Italy: the elements of the Renaissance gardens there – evergreens, and stonework and sky and trees. He had an enormous understanding of how to use space which made him very exceptional. He wasn’t a flower gardener – although he became a considerable plantsman – but he would see space in terms of volume, not just linear dimensions, and he could feel what should be done.

Later in my life, I started visiting gardens in Switzerland and Italy and France and saw a lot of his work. It was a great inspiration when I started to design gardens myself. 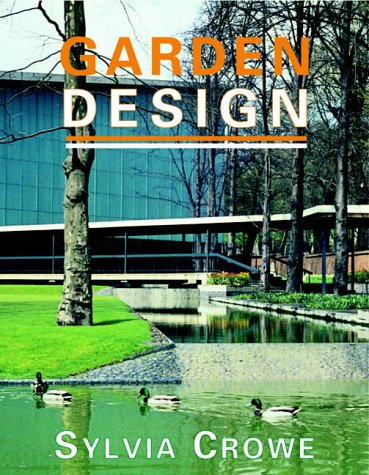 Who else has shaped your approach?

Well, Page was in turn heavily influenced by Sylvia Crowe and I think for anyone starting to be a garden designer, her book Garden Design is about the most useful one you could have. People think when you’re designing gardens, you’re dealing with beauty. In fact, it’s a hard slog! You’ve got to be diplomatic with clients and contractors, yet quite forceful. What do you do if they want something awful? After a bit you can say no, but it’s hard to begin with. No books can really help you with that, it’s a question of experience, but in terms of the theory Sylvia Crowe is the one.

And she wrote in some detail about the garden at Tintinhull.

Yes, I got her book when I first moved there in fact – the garden there was my initial inspiration and then, incredibly, my home. I had no idea that was to happen but I was of course delighted. There’s a whole chapter in this book on the garden and it was perfect for me at that time: not too detailed, no pages and pages on how to construct a wall, for example. I just wanted to capture the theory of it all. I didn’t know at that stage I wanted to be a designer, although I was also visiting Italy a lot at about the same time and I read J C Shepherd and Geoffrey Jellicoe’s Italian Gardens of the Renaissance and Jellicoe’s indispensable The Landscape of Man. 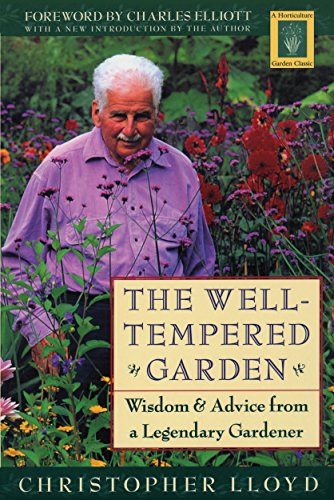 When did you start to move beyond shrubs and trees?

I’d always stuck things in between shrubs but often it was more for ground cover, to stop the weeds coming up. When I first met Christopher Lloyd and read him – he wrote so extraordinarily well and he was so knowledgeable – his work, and The Well-Tempered Garden in particular, had a profound impact on me.

How he organised his garden in terms of herbaceous plants and bulbs was a revelation. He was ahead of a lot of people in doing things – to take just one example, he experimented with wild gardening in grass. But as he got older, he got more extreme and I stopped being a total acolyte. Those terrible pinks and yellows he put together I didn’t think were a huge success. But then he thought I rather lost my way too!

And what is your passion now?

About ten years ago I was doing a book on the history of gardening, and when I got to the bit about Islam I decided I had to go and see for myself. So I went to Iran for the first time and became fascinated by the great Persian tradition in gardening. I’ve been back almost every year since. 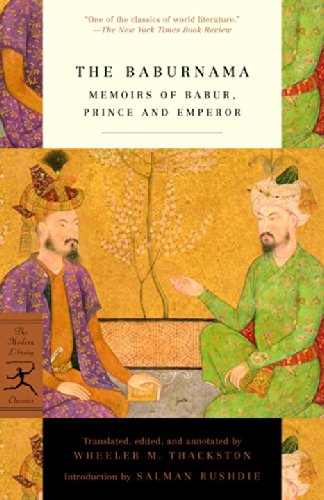 What have you found particularly inspiring?

More than anyone else, I think, it’s Emperor Babur, the founder of the Mughal Dynasty in India. He was a great warrior and commander – descended from both Tamburlaine and Genghis Khan – but also with a wonderful eye for nature and landscape. It’s rare to combine warfare and gardening. In The Babur Nama he describes the country in Fergana in Uzbekistan where he grew up, for example, noting the topography and the plants, even though he left when he was only 12. He describes the Judas tree in bloom, and planting willows around a pond and spotting wild tulips in the fields up above Kabul.

I’m writing a book about Mughal gardens at the moment, trying to follow Babur’s trail down from Afghanistan, through the Punjab and on to Delhi. And the amazing thing is that, even when campaigning, if he paused amongst beautiful scenery, he would have his men do some landscaping, enlarging a stream here or moving a bank there. He must have been the most extraordinary man and his memoir makes the best kind of bedside reading: intrigue, conquest, history on an epic scale and gardening!

Penelope Hobhouse is one of the world’s leading experts in gardening history and design. Having restored the garden while she lived at Hadspen House in Somerset, she started writing and designing gardens for others while living at Tintinhull, which has one of the most harmonious small gardens in Britain. Her books cover not only design, planting and the practicalities of gardening but also the role of plants in history and the history of horticulture itself.

Penelope Hobhouse is one of the world’s leading experts in gardening history and design. Having restored the garden while she lived at Hadspen House in Somerset, she started writing and designing gardens for others while living at Tintinhull, which has one of the most harmonious small gardens in Britain. Her books cover not only design, planting and the practicalities of gardening but also the role of plants in history and the history of horticulture itself. 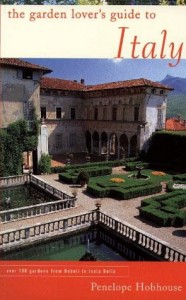 The Garden Lover's Guide to Italy
by Penelope Hobhouse 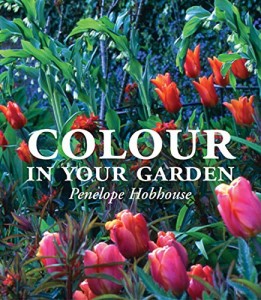 Colour in Your Garden
by Penelope Hobhouse 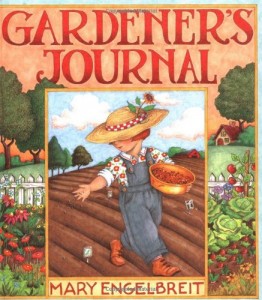 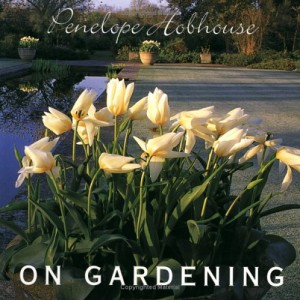 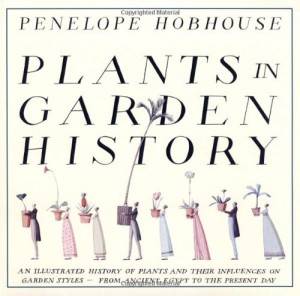 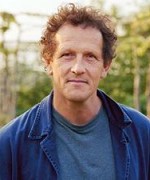 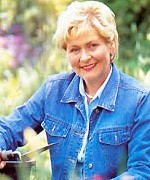 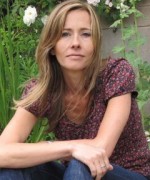 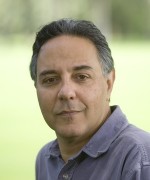 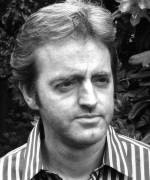