The best books on Humanitarian Intervention

Lecturer in international conflict says the idea that it is right and legitimate for states to intervene in others’ affairs is a very dangerous trend, especially in the name of humanitarianism

From Kosovo to Kabul and Beyond - New Edition

by David Chandler (University of Westminster)

Could you begin by stating your position on humanitarian intervention?

I believe that the increasing tendency of states to intervene in others’ affairs, and the idea that it is right and legitimate for them to do so is a very dangerous trend.

The books that you chose and the one you co-edited are not books of the majority – they are quite challenging and radical. I was wondering whether you consider your own politics to be radical?

Yes I think so. I would certainly say radical and progressive. Often the case is made by the defenders of humanitarian intervention that theirs is the progressive case, by alleviating the plight of the oppressed and downtrodden. It’s a claim that can be made in good faith but I don’t think it’s right.

You obviously enjoyed David Chandler’s book, From Kosovo to Kabul and Beyond, but I was wondering whether you wholly agree with his criticisms of interventions in places such as Iraq, Somalia, Bosnia, East Timor and Kosovo?

I think David Chandler is one of the most insightful and consistent critics, and he has managed to make a blow-by-blow criticism of humanitarian intervention. There is a trend among some to cynically dismiss humanitarian intervention, to reduce it to imperialism, but I think what that misses, importantly, is the politics of it. The strength of Chandler’s work is that he never reduces it to old-style imperialism. He is able to meet the challenge of intervention by advancing a very specific set of criticisms.

Chandler discusses the covert agenda behind human rights-led foreign policy. What exactly is that agenda?

The cynical or old leftist attack on human rights – that it’s actually a war for resources, or for some ulterior strategic motive. But Chandler shows that it is not that kind of agenda that makes human rights problematic, but human rights themselves.

I don’t mean the case against human rights as an idea, or the idea that we have no rights. What I understand to be the problem, and I take this from David Chandler, is that the use of human rights in foreign policy is always predicated on there being victims and oppressors. Defending the human rights of others can be a way of masquerading in the language of altruism to advance a particular agenda, or to question the legitimacy of other governments. It can give a ready means to attack other states and to promote the moral authority of your own government.
It also undermines the people who are meant to benefit from human rights because it casts them as powerless, downtrodden victims who are incapable of changing their situation and are completely dependent on the benevolence of outsiders. 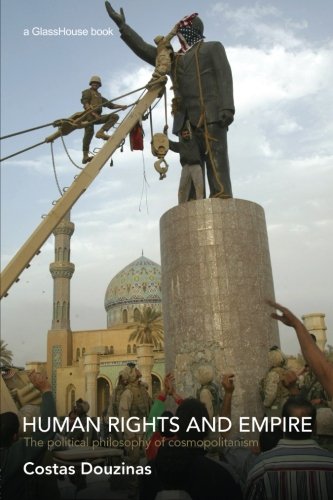 That sounds a similar argument to that made by Costas Douzinas in his book Human Rights and Empire. He argues that human rights can be an ideology that glosses over an emerging empire. Considering that human rights are designed to apply to all people equally, who precisely would be leading this empire?

It’s interesting because Costas is not particularly specific about whose empire it is – it has more to do with the general rise and rise of human rights. He argues that the rise can achieve the political objectives of the powerful – particularly the Western states. The flexibility that Western states apply regarding interventions works for them very well.

Costas Douzinas supports the idea of cosmopolitanism as a principle in international politics. Could you elaborate on this?

One of the things I like about his book is that he makes a case for universalism – what he calls cosmopolitanism in the old philosophical tradition. I don’t know that it can be realised in any immediate sense but I think it is a worthwhile aspiration, though I do consider 'universalism' a stronger and better term. It means progressing to a world that is more integrated, with greater solidarity between different peoples. Even if it’s abstract and utopian in this day and age, it gives a sense of something we should move towards.

But do you mean a solidarity that recognises the ultimate sovereignty of the state rather than a single global body?

No, I think a world state would be a good thing. Though there seems no way to realise it in the near future. But the best way of achieving it would be through the sovereign state. The UN and the institutions of global governance that exist today are often offered up as a compromise to the state while avoiding the dangers of world government. I think we should reject this option.
Instead of muddling through with all these confusing and overlapping jurisdictions and authorities in international politics, it would be better to use the principles of self-determination and sovereignty as a springboard towards moving towards a more universal world politics.

Global Governance and the New Wars

Let’s turn to Mark Duffield’s book, Global Governance and the New Wars. Why did you choose it?

Partly for its ambition, and also because Mark Duffield is one of the few theorists in international relations who quickly became wise to the conflation of security and development.
He also links the changing politics of intervention to the changing politics of aid and asylum. At the end of the Cold War, expectations regarding the right to asylum changed. Today people are often provided with aid in the very places where the conflicts are occurring. And so this requires increasing intervention in those conflicts. Opening up humanitarian aid corridors was presented as progressive, but it was in fact a step backwards because it effectively imprisons people in conflict instead of allowing them to escape.

Isn’t it pessimistic to criticise the fact that states are now more willing to act not only in their own self-interest, but to take action without an invasion on their home soil?

I don’t think it is progressive to imprison people in war zones, which is effectively what the new politics of humanitarian aid is. Or the fact that states are being liberated from having to provide for refugees who flee war zones but instead can now hold them back at arm’s length. States dispatch aid convoys and peace operations and they wash their hands of it.
As to the wider question of whether states now concern themselves with issues beyond their own interests – I think it is naive to believe that and it is important to look beyond the rhetoric. 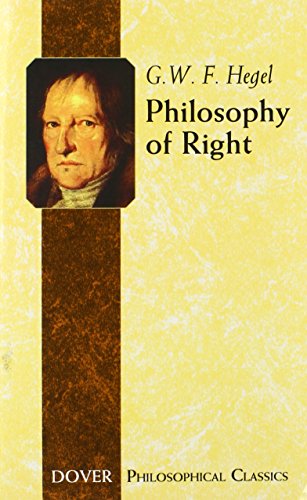 Why did you choose G. W. F. Hegel’s Philosophy of Right?

Because it provides a very good account of the way in which sovereignty needs to be understood in relation to both individuals and to other states.
Hegel claims that it is possible to study international relations as a realm of interaction between states, and that this is also linked to the way states are made up themselves. Hegel links the internal nature of states with the external relations between them. This is a point often overlooked in international relations theories. Hegel’s own theory has sufficient flexibility that it is able to manage the transition between the internal and external realms of the state.

How does he view the relationship between states?

He believes that self-determination is the key principle. It’s important because even when there are treaties, alliances – any type of collaborative effort – his emphasis is always on the voluntary and consensual nature of the relation. Hegel prioritises the moment of decision and will rather than the agreement itself. 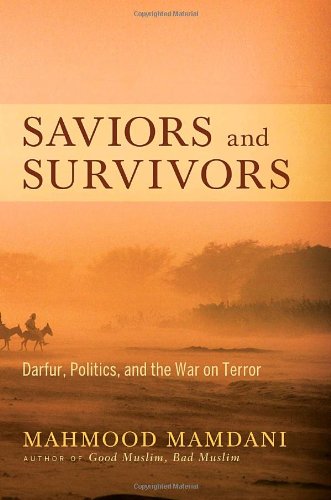 Your final book, Saviours and Survivors by Mahmood Mamdani, has a particular focus on Darfur. Could you tell me more about his perspective?

What I like about his book in regards to Darfur and Sudan generally is that he is one of the few critics to boldly step forward to examine the complexity of what’s going on. He examines its history rather than portraying the conflict in simple and morally charged terms. He shows a more complicated picture – that it is a real political conflict with different outlooks on the future of the state, the nature of the political order, and the relationship between the regions and various ethnicities and tribes. The Western media reports the situation in terms of aggressors and victims.

Would you consider him a humanist?

He comes from a leftist political outlook and he is certainly a humanist. Those who support humanitarian intervention always claim they are the humanists when actually it is an anti-humanist perspective in many ways. Their outlook on human history is that it’s nothing but genocide and ethnic cleansing and that people are powerless and dependent on the benevolence of outside institutions such as the UN, America or Western countries. It is a very grim picture of societies always being in danger of crumbling into chaos and anarchy.

Philip Cunliffe is the co-editor of Politics without Sovereignty and a lecturer in international conflict at the University of Kent. He is currently writing a book about developing countries’ contribution to UN peace-keeping missions over the last decade.

Philip Cunliffe is the co-editor of Politics without Sovereignty and a lecturer in international conflict at the University of Kent. He is currently writing a book about developing countries’ contribution to UN peace-keeping missions over the last decade. 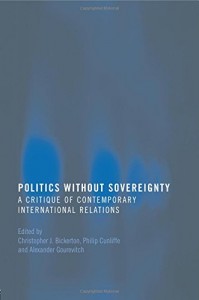