The best books on Political Engagement For Teens 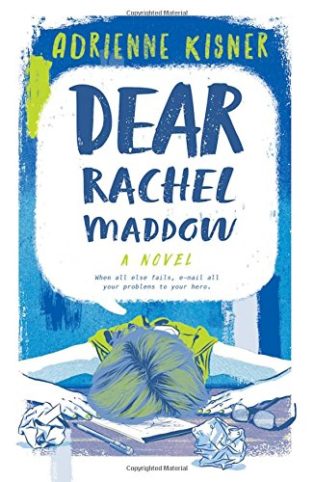 Are you a teenager who is furious about the way the world seems to be going? Do you feel powerless and overwhelmed? Author Adrienne Kisner recommends five really good books that will inspire and inform teens and young adults, giving them the tools to get involved in activism, to understand politics—and to change the world.

What skills do you think this generation of teens will need to equip themselves with in order to become politically effective?

Resilience. Skepticism. A dedication to being an informed voter. A local or online group of people passionate about systemic change. Curiosity. Also, their self-care mechanism of choice. Might I suggest birding or knitting? Don’t underestimate how bad-ass birding can be.

How would you define youth activism?

I say any time you take an interest in something outside yourself and act, you are engaged in activism.  Maybe it’s calling elected officials.  Maybe it’s exercising your right to peacefully assemble. Maybe it’s using whatever talent you have (knitting, cooking, playing an instrument) to make society more just for all.  I would encourage teens (or anyone) to do so not because they should, but because they can.  You can work towards a better world, so why not do it?

Politics is incredibly complex and offers few simple answers even when the politicians are honest. How can we make it more accessible to teens?

Rachel Maddow – the MSNBC television host – does a good job.  So does Teen Vogue.  So do the books I suggest here!  This generation is tech savvy and connected—interested adults need to ask what makes their teens mad, and then encourage them to learn more about it. Adults can research too, and share sources with their teens. But help teens learn how to do due diligence in terms of finding reputable sources of information as well.

Your debut novel, Dear Rachel Maddow, feels timely given current events in America and across the world. It’s about a young woman working out what she wants and realising that she is going to have to fight for it. One line struck me particularly: “What would have to happen to make me act?”

It took me a long time from thinking up the premise of this story—girl writes to Rachel Maddow à la Dear Mr. Henshaw—to when I finished it.  In between, sometimes the only thing I could do to work on the book would be to watch her show.  One day while doing such ‘research,’ Rachel had a segment on about voter suppression. She really did ask that question—what infuriates me, a viewer and a citizen?  And I had to admit that voter suppression is something that gets me. It is a fundamental right, and there are people trying to keep others from exercising it to maintain power! No. Just, no.  I took to my keyboard, infuriated.  I thought, what would similarly infuriate my character Brynn?  So that particular line was inspired directly by The Rachel Maddow Show.

Do you feel that this generation of teens is stepping-up to enact political change?

I think a lot of teens do, regardless of generation. But I think now, in particular, kids are more connected to the world at large. They can see the terror of a shooting across the country and know that it could next be them. They see in real time islands of plastic choking birds.

They have their own media, explaining in their terms, what it means that electoral systems are in peril from totalitarian regimes. They want to live, so what else is there to do but stand up and fight? Some won’t, some can’t, but there are many who do. Someone has to save the world. The adults sure aren’t doing a bang-up job.  My money is on teenagers to lead the charge. 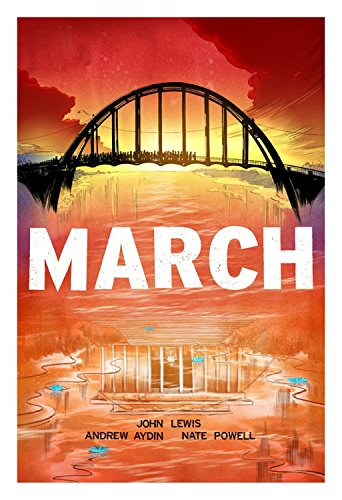 Let’s take a look at your five book recommendations. Your first choice is the March trilogy by John Lewis, Andrew Aydin and the graphic artist Nate Powell.

If you only have the bandwidth for one activism-related narrative, you should read March.  This should be required reading in every school.  John Lewis takes readers through the experience of fighting for civil rights alongside Martin Luther King Jr. and other prominent figures in the movement.

It’s a graphic novel, so it’s a quick read that never bogs the reader down with tragedy. It shows that ordinary people can do extraordinary things when powered by belief in their cause. 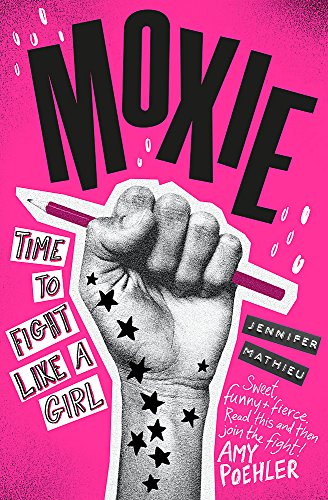 Your second is Moxie by Jennifer Mathieu. Please tell me about this book.

I love stories of unlikely people who inadvertently start a revolution not because they want to but because they just can’t live with the status quo any longer.  Even in the age of the #MeToo movement it can feel impossible to confront sexual harassment.

Systems of power and oppression long in place make it seem like that is the way life is and should always be. But sometimes all it takes is one fed up one high school junior to shake up the world. This book is about a girl confronting the accepted sexism in her school is poignant, funny, and sneaks in rebellious inspiration where you least expect it.

In what ways do you think reading fiction can inspire readers to take a chance and spring into action?

When we read fiction, we are that character.  We have all the potential that the heroine does.  We leave that story cognitively changed, if only on the micro-level.  Fiction plants seeds of what is possible.

Someone once said to me that you “can’t teach passion.” Maybe.  But you can inspire it.  Fiction inspires the imagination, which can encourage real world action. 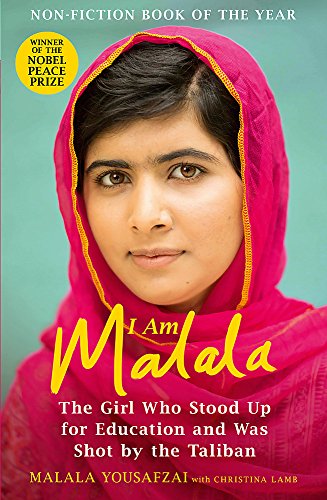 You’ve chosen I am Malala by Malala Yousafzai as your third choice.

Malala’s story of triumph is a battle cry for girls—and boys—everywhere.  Education can set you free and fighting for education for all should be a top priority. Malala says: “I tell my story not because it is unique, but because it is the story of many girls.”  Malala’s story isn’t pretty.

Speaking out in the face of injustice often makes you a target, like it did her, and sometimes you don’t escape.  But even if you don’t escape, you can survive. Survival is often revolutionary in and of itself; it is enough—you are enough—if that is all you can do. 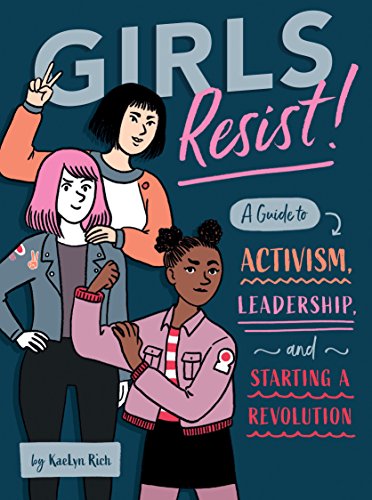 Girls Resist!: A Guide to Activism, Leadership, and Starting a Revolution

Your fourth choice is Girls Resist!: A Guide to Activism, Leadership, and Starting a Revolution by KaeLyn Rich, illustrated by Giulia Sagramola.

This book is not out yet, but I am smitten by what I know of it. The art is as fun as it is gorgeous, and teens I know have already been drawn to it by the graphic component alone.

The resistance needs a good how-to guide, because it is easy to feel powerless and overwhelmed when trying to find ways in which you can be involved.  This helps teens find a place to start, and a road map of where to go after that.  If you are “mad as heck about the way the world is going”—and who isn’t these days?—this book wants to make you an “effective leader who gets stuff done.” 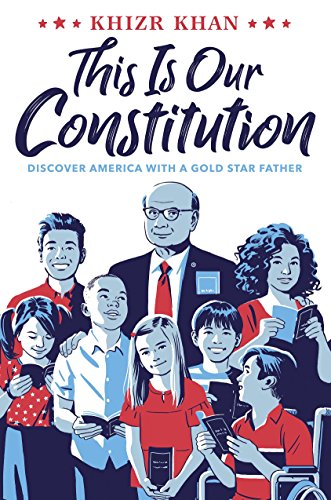 This Is Our Constitution

Your fifth book is This is Our Constitution by Khizr Khan

This is a book for younger readers, but how many of us citizens really understand the US Constitution?  I mean really, truly understand it?  This is particularly important because the Supreme Court figures prominently in the news, and to understand the Supreme Court is to understand its link to the founding document of the United States.  The book includes pictures and short snippets of explanation and narrative—but this does not rob it its message of nuance.  This is a great one for kids (of all ages) and parents to reach and discuss together.

Finally, are there any particularly good websites or internet organisations that you would like to recommend here as further resources?

Media Literacy Now is a great place to find a lot of resources to help teens navigate the deluge of information out there.  Teen Vogue is a great, accessible source for political news. But I would most encourage parents to subscribe to their local paper, or the national paper of their choice, and read with their teen.  The free press is one of the guardians of liberty—support it.  Read it at the library if need be. Most papers and periodicals (online and print) are written at a level that high schoolers can understand.  Let us all shove long form journalism into their hands and heads as often as possible.

Adrienne Kisner has a PhD from Boston University and was inspired by her work with high school and college students to write Dear Rachel Maddow. She is a graduate of Vermont College of Fine Arts with an MFA in writing for children and young adults. Dear Rachel Maddow is her debut.

Oscar on Best Manga for Children and Teens Books

Emily Connelly on The Best Audiobooks for Kids of 2022

Kate Lee on The Best Physics Books for Teenagers

Adrienne Kisner has a PhD from Boston University and was inspired by her work with high school and college students to write Dear Rachel Maddow. She is a graduate of Vermont College of Fine Arts with an MFA in writing for children and young adults. Dear Rachel Maddow is her debut. 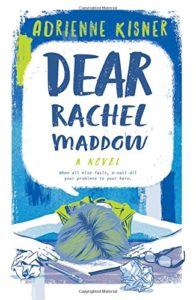 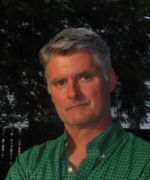