The best books on Palestine 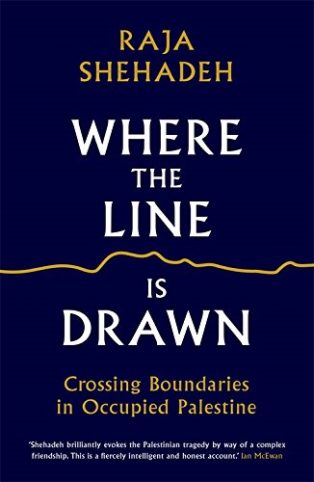 Raja Shehadeh’s choices highlight the suffering endured by the Palestinian people over the last 100 years. But they also celebrate the country’s natural beauty, vibrant culture and multi-textured humanity.

Before we discuss your choices, I was wondering what images spring to mind when you think of Palestine?

I’m totally in love with the ‘geographic’ Palestine. It’s a beautiful and varied landscape, a paradise on earth. It’s a relatively small country but has different topographies and excellent weather. There’s one of everything: a major river, a lake and the Dead Sea. It’s a place in turmoil but it traps you. Once you become involved with Palestine, even if you’re not Palestinian, you can’t abandon it. 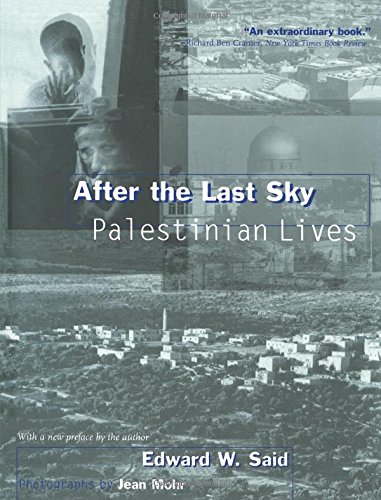 After the Last Sky

Your first book, Edward Said’s After the Last Sky, is all about exile.

It’s one of my favourite books by the author. I even prefer it to his memoir, Out of Place. While working as a consultant at the U.N. International Conference on the Question of Palestine, Said suggested they hang photographs of Palestinians, taken by the leading Swiss photographer, Jean Mohr, in the entrance hall at the main venue in Geneva. The only text allowed on the captions was place names. The situation upset him and he decided to write a book about the pictures. In the process, he wrote about his own exile and memories of 1948.

The photographs were taken in refugee camps, Lebanon, the West Bank and other areas. He writes in the introduction that the collection is ‘a personal rendering of the Palestinians as a dispersed national community… proud, tender, miserable, funny, indomitable, ironic, paranoid, defensive, assertive, attractive, compelling.’ The result is touching and beautifully accomplished.

Is there a particular picture you remember?

One was taken at the Allenby Bridge in 1967 at the time of the Palestinian exodus after the Six-Day War. Perhaps I respond to it so strongly because I vividly remember that terrible time. It led to the occupation of the West Bank, where I live.

He also writes very touchingly about Lebanon, where he lived for a while. One of the book’s four sections is called After the Last Sky, from a poem by my next author, Mahmoud Darwish. The full line is: ‘Where should we go after the last frontiers, where should the birds fly after the last sky?’ It’s very evocative. At the end, Said writes: ‘I would like to think that we are not just the people seen or looked at in these photographs: we are also looking at ourselves.’ He wants to distance himself from those who see the Palestinians as passive or as mere objects to be scrutinised. 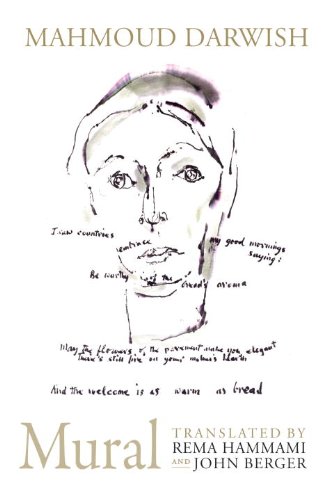 Your next choice is Mahmoud Darwish’s Mural, translations of two epic poems by the great Palestinian poet.

Darwish spent his adult life in Israel. The village where he was born was destroyed in 1948. He started writing poetry when he was very young. He later became a communist and was very active politically, although he spent some time in prison. Palestinians living in Israel until 1967 endured a military government and there were many restrictions on their lives. Darwish went abroad to study and stayed away. Leaving Israel was a difficult decision for him.

He wrote a lot of great poetry. His earlier poems were patriotic and populist, but not simplistic. As his poetry developed, it became more complex. The book’s first poem, Mural, was written after he underwent life-threatening heart surgery. The second, The Dice Player, is a reflection on the nature of chance in life. The translation is very fine: Rema Hammami and John Berger take a few liberties but always keep to the spirit of the poems. It’s a joy to read and among the very best Palestinian literature. 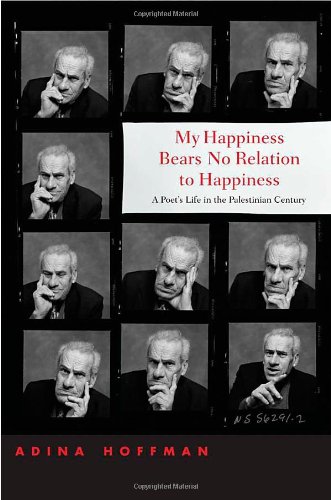 My Happiness Bears No Relation to Happiness

Let’s turn to Adina Hoffman’s intriguingly-entitled My Happiness Bears No Relation to Happiness.

This is an amazing biography of the Arab-Israeli poet Taha Muhammad Ali, who was 40 years old when his poetry was first published. The biography’s author, Adina Hoffman, is an Israeli writer living in Jerusalem. Ali has a more oblique way of saying things than Darwish, and has a voice that isn’t overtly political. He came from the little village of Saffuriyya, which the Israeli army captured and demolished in 1948 when he was a teenager. He continues to live in Nazareth, in a house overlooking the place where he grew up. He has spent much of his life coming to terms with the political upheavals he survived.

What’s interesting is the emotional process Hoffman went through while researching the book. She had to face up to what her adopted country had done in 1948 and what happened to the Palestinians who stayed in Israel. She studied Arabic in order to read the poetry and speak with Ali and his family in their own language. She wanted to get behind the façade and she does a tremendous job. Literature became a way for Palestinians in Israel to preserve their identity. The book charts a difficult journey. 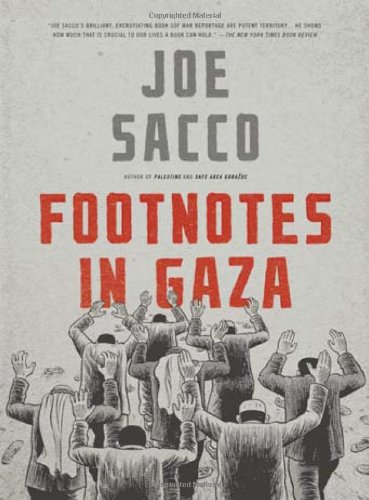 Your next book, Footnotes in Gaza, is by the cartoonist and journalist Joe Sacco.

This is an amazing, graphic and emotional book. Sacco writes about the massacres carried out by the Israeli army in the Gaza Strip in 1956. He completed the book in 2003 so it resonates with the present. It’s really about memory: how it can fool you and change things. He sifts through the memories of the witnesses he meets in Gaza to get to the truth of the two atrocities – one in Rafah, the other in Khan Younis.

With the reporter Chris Hedges, Sacco co-wrote an article for Harper’s magazine on the Khan Younis massacre. An important paragraph was deleted before publication. These ‘footnotes’, so casually dispensed with, meant a great deal to the victims. Sacco had his title and proceeded to write and illustrate this book. By looking at the past and present, he shows how events in Gaza are continuous. Palestinians never have the luxury, as he puts it, of digesting one tragedy before the next one is upon them.

It’s a fascinating read, and his illustrations show the emotions on people’s faces as they narrate their stories. You really get involved in the scenery of Gaza, the chaos, bombing and courage. He is trying to ascertain the truth of what happened. Visually, it’s like seeing the movie while you’re reading the book. 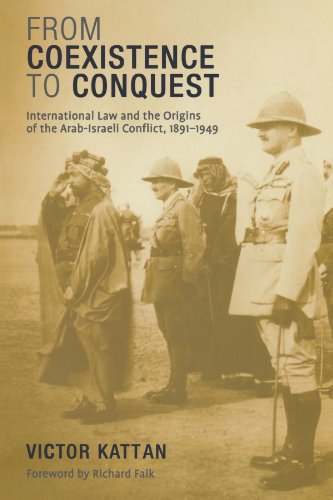 From Coexistence to Conquest

Your last book is From Coexistence to Conquest by Victor Kattan.

I’m a lawyer as well as a writer so I’m interested in the legal aspects of the Palestinian conflict. Many books look at the legal side and many more at the history. This book combines the two: Kattan believes you can’t understand one without the other. I absolutely agree with him.

He focuses on the period between 1910 and 1949, a time when many of the key Palestinian events took place. Looking at the origins of the conflict, we move from anti-Semitism to the Balfour Declaration of 1917, the refugee problem to the Palestinian right of return. In discussing these key issues, he places the law in an historical context.

Given what a difficult subject this is, could you accuse Kattan of being biased because it’s so difficult to be subjective?

I don’t think he is biased – he tries to cover this story from every aspect. Richard Falk, a professor of international law at Princeton, endorses the book with a forward. I think Kattan gives a very good overview of the situation.

Raja Shehadeh is Palestine's leading writer. He is also a lawyer and the founder of the pioneering Palestinian human rights organisation Al-Haq. Shehadeh is the author of several acclaimed books including Strangers in the House and Occupation Diaries and winner of the 2008 Orwell Prize for Palestinian Walks. He lives in Ramallah in Palestine.

Middle East Palestine
Save for later

Philip Mansel on The Levant

Fawaz A. Gerges on The Middle East

Raja Shehadeh is Palestine's leading writer. He is also a lawyer and the founder of the pioneering Palestinian human rights organisation Al-Haq. Shehadeh is the author of several acclaimed books including Strangers in the House and Occupation Diaries and winner of the 2008 Orwell Prize for Palestinian Walks. He lives in Ramallah in Palestine. 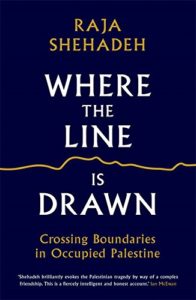 A Rift in Time
by Raja Shehadeh 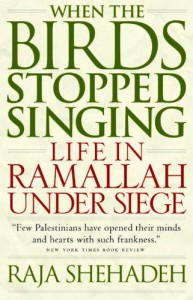 When the Birds Stopped Singing
by Raja Shehadeh 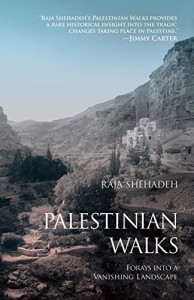 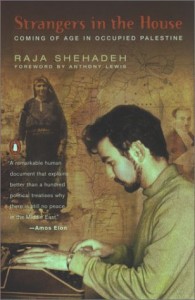 Strangers in the House
by Raja Shehadeh 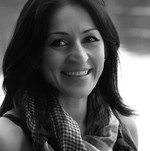 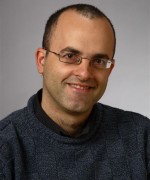 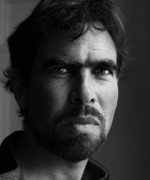 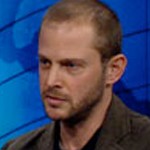