Rebecca Goldstein on Reason and its Limitations 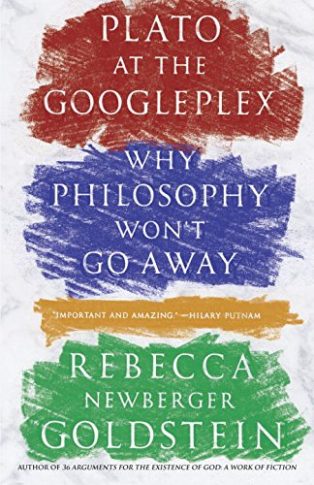 Baruch Spinoza thought reason could do it all, but experience tells us otherwise. Philosopher Rebecca Goldstein recommends both the books that made the best case for reason—and the most successful critiques.

Your first book is The Republic by Plato.

The natural place to begin, in considering reason’s ambitions, is with the ancient Greek philosophers, and particularly with Plato. Plato wrote dialogues, which happen to be not only great works of philosophy but also of art.  They should be read as a kind of theater (theater, of course, having been another of the ancient Greeks’ inventions), a theater of reason. Some scholars believe they really were performed as plays at Plato’s Academy. His Republic is the most famous of his dialogues, and it’s the first work I recommend to understand the origins of the project of applying reason—our ability to perceive logical connections, explore the implications of our beliefs—to the problems of knowing how best to live.

Plato put his full faith in reason while simultaneously not having much faith in most people’s capacity for reason. The extent to which he felt this dilemma led him to propose radical political solutions in the Republic, causing future thinkers, including no less a figure than the twentieth-century’s Karl Popper, to charge him with being a proto-fascist.  What he proposed was to concentrate societal power in the hands of those who are themselves, both by nature and training, rigorously governed by reason—his so-called philosopher-kings.

“Plato put his full faith in reason while simultaneously not having much faith in most people’s capacity for reason.”

And yet, though you may not like the solutions he proposed in the Republic—I largely don’t—still, living today in Trump’s America, I am constantly reminded of specific passages in the Republic, most saliently his warnings of how a demagogue might arise in the midst of a democracy by fanning up resentments and fears. The American Founders had closely studied the Republic and tried to create a democracy that, with its checks and balances, could withstand the destructive forces of irrationality that Plato warned were constantly threatening our collective well-being.  So much in the Republic feels starkly, even horrifyingly, relevant today. 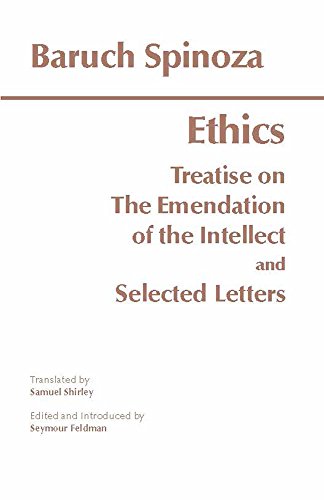 Next on your list is The Ethics by Baruch Spinoza.

The seventeenth century philosopher Baruch Spinoza takes up, once again, after a long interruption known as the Middle Ages, the Greek philosophers’ project of grounding all ethical and political questions on reason’s foundations, keeping religion, in particular, out of it.  Because, of course, that is what had happened during the Middle Ages: ethical questions were relegated to religion.

His magnum opus is called the Ethics, and it makes every claim for reason that’s ever been made, including the claim that reason can ethically, even spiritually, transform us. And he wrote the Ethics in reason’s favored form: strict proofs, in the fashion of Euclid, starting with axioms and definitions and proceeding to theorems, which then serve as the axioms of the subsequent theorems, the whole thing knitted into one logically cohesive system.

“Like Socrates, Spinoza’s advocacy of reason put him in mortal danger.”

Spinoza, like Plato, had good reason to think that most people would not feel the appeal of his rationalist project.  His own family members were Jews from Portugal, who, because the Spanish-Portuguese Inquisition was still raging, had lived as crypto-Judaizers and eventually escaped to Amsterdam, where Spinoza was born.  And then Spinoza’s Jewish community of Amsterdam placed him in cherem, a kind of Jewish excommunication, when he was only twenty-four, because of his philosophical inclinations. Like Socrates, Spinoza’s advocacy of reason put him in mortal danger.  I think this is one of the reasons that he wrote as he did, so as to dissuade most people from studying his proofs, which carry us to such surprising ways of seeing the world and seeing ourselves.  And yet, though he didn’t dare to publish the Ethics while he lived, it did find its way into publication and into the intellectual bloodstream of Europe.  People had to read it in order to refute it, and slowly they were transformed by it. It’s a book that has everything to do with the emergence, in the eighteenth century, of the European Enlightenment. 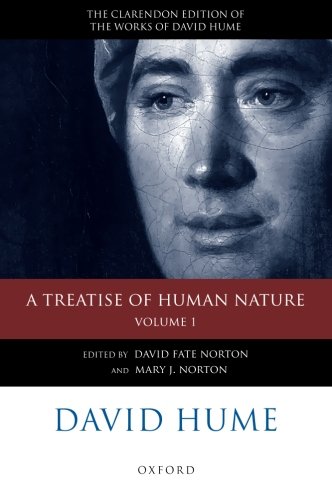 A Treatise Of Human Nature

Your third choice is by perhaps the greatest philosopher to have written in the English language. This is David Hume’s Treatise on Human Nature.

Hume, who is himself an Enlightenment thinker, is also the go-to guy when it comes to exploring reason’s limitations.  He is Spinoza’s most trenchant critic.

First of all, pure logic, of the kind to which Spinoza had tried to restrict himself in his proofs, can’t tell us anything about the nature of the world. Pure logic reduces to tautologies, no more interesting, ultimately, then knowing that all bachelors are unmarried.  Pure logic can’t get us out of the conceptual sphere into what Hume called matters of fact and existence.

“So if what reason demands is that we rely only on beliefs that reason can justify, then reason has argued itself into paralysis.”

And then Hume attacks another presumption of the Spinozist project, namely that reason can, all by itself, turn us into large-souled human beings who will enthusiastically act in the interests of others.  Just because I see a demonstration of how I ought to act doesn’t ensure that I will thereby be moved to action.  Reason in itself, argued Hume, is perfectly inert.  Some passion must be applied to get us to want to do what we know we ought to do. 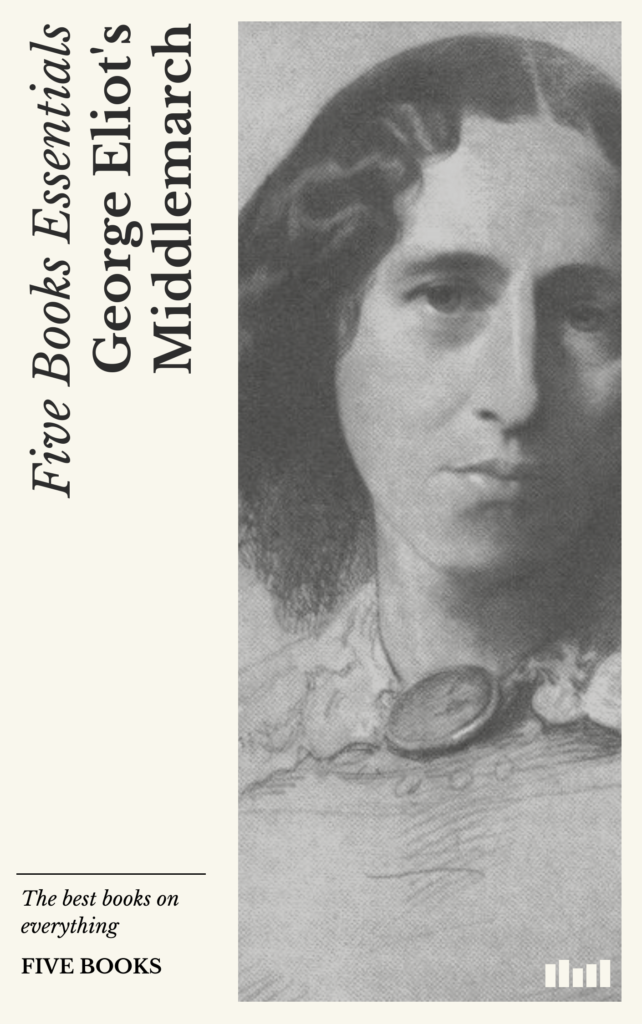 Your first three choices are heavily influential works of philosophy, but your next recommendation is a novel.  This is George Eliot’s Middlemarch. What does this have to say about the limitations of reason?

Many people will be familiar with this book. The main story concerns a young woman named Dorothea who is hungry for an intellectually and spiritually expansive life but not sure how to secure it. Given the time she lives in, the early nineteenth century, her first thought is to marry the man who can teach her the most, and this leads her to an unfortunate marriage with the dry pedant Mr. Casaubon. Casaubon turns out to be not only an impoverished thinker but a rigid and small-souled person.  Sterile scholarship can be just another form of self-deception.

George Eliot was not only a great novelist but a fine philosopher. You feel, underneath the workings of the plot, a superb philosophical mind thinking things out in an original and moving way.  The fact that her writing is moving, working us over with the artistry of the novelist, is essential to her conception.

“George Eliot was not only a great novelist but a fine philosopher.”

Only recently, when I was writing a chapter for the Oxford Handbook on Spinoza on the philosopher’s literary influences, did I discover that Eliot had translated Spinoza’s work from the Latin into English. She is, in many ways, deeply influenced by Spinoza, with the intimate knowledge of his work that a translator must have. But she is also post-Hume.  She knows the ethical gap between rational demonstrations and ethical actions. She offers up her chosen art form, the novel, to stir in us the requisite passions for the ethical life. She demonstrates, in the very way that we react to her novel, that the development of the empathetic moral imagination is necessary to fully acknowledge and care about the reality of others. 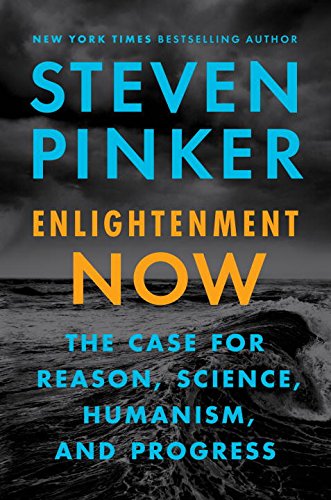 Enlightenment Now: The Case for Reason, Science, Humanism, and Progress

Finally, we have a book that is due to be be published in early 2018. This is Steven Pinker’s Enlightenment Now: The Case for Reason, Science, Humanism, and Progress.

Yes, I end with a contemporary book. The author (who happens to be someone whose thinking I so admire that I married him) argues that the project of reason, both the moral reason of the philosophers and the empirical reason of the scientists, remains the best hope of humankind. Yes, of course, Plato was right that individually our capacity for putting reason before the urgency of our own desires and delusions is paltry.  But what the values stemming from the European Enlightenment managed to create were institutions—of acquiring and refining knowledge and of regulating civil society, locally, nationally, and globally—that are designed to counteract the forces of irrationality, which, manifest now, just as they always have done, as data-resistant magical thinking, close-minded ideology (whether religious or secular), authoritarianism, tribalism and the demonization of the other.

Reason may not be as self-sufficiently robust as some had hoped, but it doesn’t have to be.  What Enlightenment Now demonstrates is how far it has brought us, often kicking and screaming, into our greater collective well-being—and therefore how much we stand to lose in taking reason’s progress for granted.

This interview was updated in October 2017.

Rebecca Newberger Goldstein graduated from Columbia University, receiving the Montague Prize for Excellence in Philosophy and receiving her PhD in philosophy from Princeton University. While in graduate school she was awarded a National Science Foundation Fellowship and a Whiting Foundation Fellowship. Goldstein is a MacArthur Fellow and has received the National Humanities Medal, the National Jewish Book Award, and numerous other honours.

Rebecca Newberger Goldstein graduated from Columbia University, receiving the Montague Prize for Excellence in Philosophy and receiving her PhD in philosophy from Princeton University. While in graduate school she was awarded a National Science Foundation Fellowship and a Whiting Foundation Fellowship. Goldstein is a MacArthur Fellow and has received the National Humanities Medal, the National Jewish Book Award, and numerous other honours. 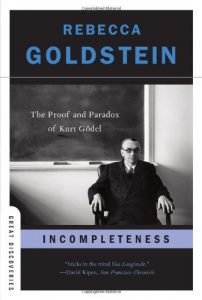 Incompleteness: The Proof and Paradox of Kurt Gödel
by Rebecca Goldstein 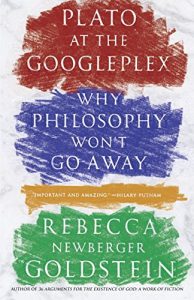 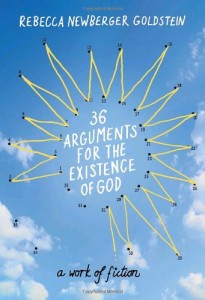 36 Arguments for the Existence of God
by Rebecca Goldstein 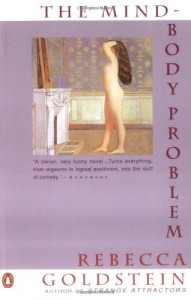 The Mind-Body Problem
by Rebecca Goldstein 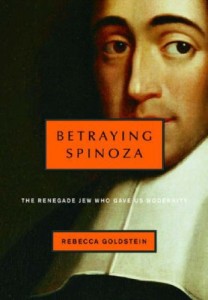 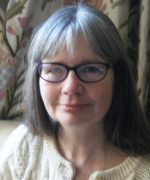 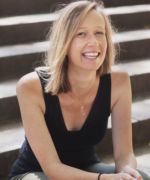 David Campbell on
Five of the Best European Classics

Europe may be made up of many cultures but its component parts share an artistic and literary sensibility, says Everyman's Library publisher David Campbell. Here, he recommends five European classics that everyone should read at least once in their life, including "the greatest novel ever written" and some lesser-known masterpieces. 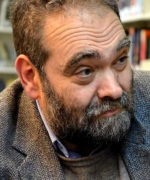 Andrei Zorin on
Catherine the Great

She was born in 1729 as Sophie of Anhalt-Zerbst, a German princess, but by 1762 had become Empress of All Russia and went on to rule for 34 years as Catherine II. She regarded herself as an enlightened despot who embraced the ideas of the Enlightenment and consorted with the French philosophes. Russian historian Andrei Zorin introduces the remarkably industrious and able politician who is remembered as Catherine the Great.