The best books on Spanish and Moorish Cooking 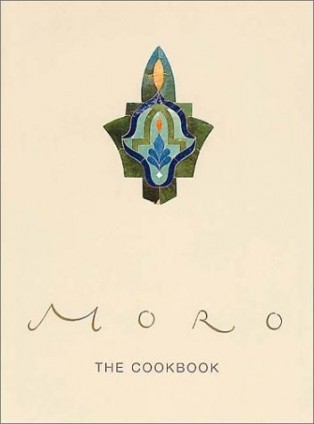 Samantha Clark, co-founder of the award-winning restaurant Moro, tells us about the camper van trip to Morocco that inspired her, and why we should all get acquainted with chicharrones and calzots!

Before we talk about your book choices, I would like to hear about the three-month trip you took in 1997, just after you were married, around Spain and Morocco down to the Sahara.

Our restaurant [Moro] was being built, so we were able to go away while the builders were in. Travelling in a camper van seemed the perfect way to travel around the country and stop where we wanted to. We even had a little kitchen. We stayed in Paris one night and drove through the Pyrenees. Our first port of call was Barcelona, then we drove down the east coast to Valencia.

What kind of food and ingredients were you discovering?

It was just wonderful. We filled the van up with kilos and kilos of it, and five kilos of smoked paprika. At the time, back in London, the suppliers had a good selection of stuff but there were some ingredients they didn’t do. There were things that we wanted to get for people, which we knew they wouldn’t have tasted before. We had a list of stuff that we wanted to taste, buy or see how they cooked. We went around Spain and then crossed over to Morocco, to Tangier, and did a big loop.

What is it about the fusion of Spanish and Moorish food that you both love so much?

It just works incredibly well. Of course we love Spanish food on its own. But it is quite simple and often meat based – things like wonderful grilled pork and very few vegetables. You get salads and so on, but it is a bit basic. We wanted the menu to have a little more variety. Not just in flavour and ingredients, but lightness and a balance. The Moroccan, Middle Eastern and Turkish side of the menu is the perfect balance. 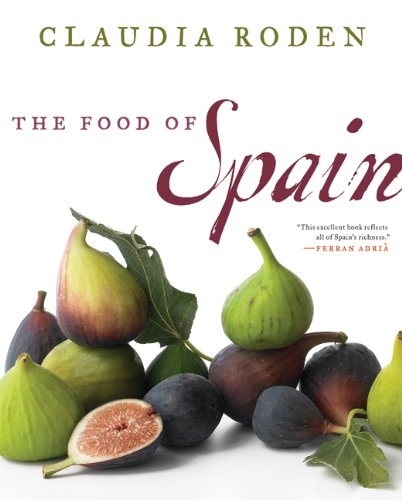 The Food of Spain

Let’s explore some of the books which have influenced your cooking. First up, Claudia Roden’s latest book The Food of Spain.

This is her definitive book on Spanish food, and the first book she has written just on Spain. It is a 500-page volume that she has been researching for at least five years. It shows all her knowledge about Spanish food. She is such a wonderful writer that I think it is very relevant now.

Where is Claudia from?

She is of Egyptian origin. She is a brilliant combination of food writer, researcher and historian. She writes not only about the wonderful recipes but about their background and influences, and how the ingredients came to be in Spain. She goes into a huge amount of detail and is extremely thorough.

Spain has many different regions with all sorts of different types of food. Which regions in her book were of particular interest to you?

Obviously we know quite a lot about the Moorish food in southern Spain, so that is always interesting. But I like the way she goes into little villages, and spends time with people who aren’t used to talking about food. They have ancient recipes which she gently teases out of them.

It sounds like she is producing a living history of cooking from all these characters around Spain. 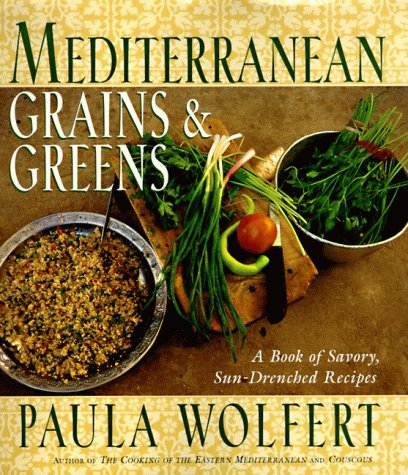 . This is Paula Wolfert’s Mediterranean Grains and Greens.

Paula has been a huge influence on us. There are so many books of hers that I could have chosen. I have picked this one because she covers all the countries that we love – Turkey, Lebanon and a bit of Spain. It focuses on greens and grains, which we do a lot of in our restaurant. She has recipes such as a wonderful rice dish from Valencia or a delicious pilaf from Turkey.

“A lot of our cooking and our recipes are home-cooked dishes. We don’t really consider ourselves to be a fine dining restaurant”

She is not dissimilar from Claudia Roden in the way that she has a very intimate knowledge of the area and its local people. She goes right into their homes. A lot of our cooking and our recipes are home-cooked dishes. We don’t really consider ourselves to be a fine dining restaurant.

On your trips you also interview people, and learn their recipes. Who have you been inspired by recently?

Not long ago we went to Gazientep in southern Turkey, to the house of one of our chef’s parents. When we arrived, the whole table was covered with 20 different dishes. There were stuffed flat breads with olives and lamb, stuffed vegetables, the stuffed vine leaves or dolma. Proper, home-cooked Turkish food. It was a real treat, and their hospitality was very special indeed. 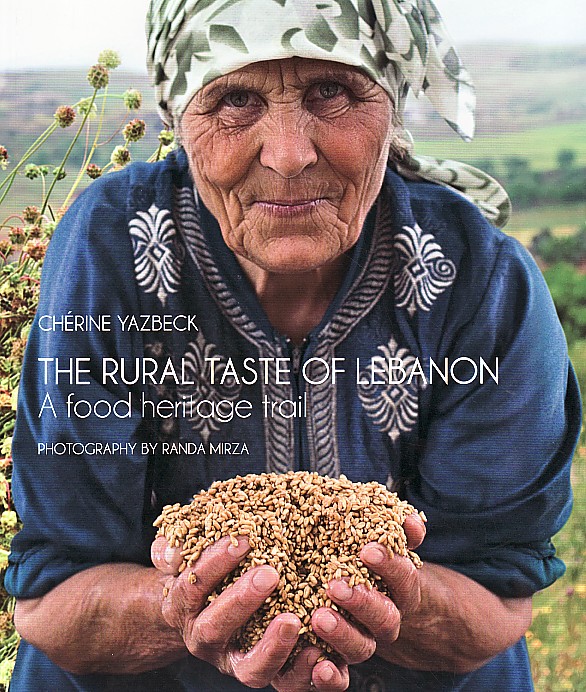 The Rural Taste of Lebanon

Lucky you. Next up is a new book, The Rural Taste of Lebanon by Chérine Yazbeck.

We went to Lebanon last May and discovered this book. It is very beautiful, with amazing pictures of the country’s women.

It has a lot of vegetables, yoghurt, yoghurt-cheese and salad. It is very light and relies on amazing ingredients, especially vegetables. So it is extremely fresh, which we were bowled over by. This book has a lot of very quirky, original recipes.

You change your menu every three weeks, but do you have a core base of dishes that people always want to eat?

We keep it within seasons. Even if we repeat something, there will be a little change to keep it interesting.

What are the favourite things that people order time and time again?

One of our classics is the crab brik, which we make from pastry in the authentic way. That is something we learnt in Morocco, in the camper van. We stuff the pastry with crab, chilli, coriander and cumin. People also like the grilled aubergine, and the pepper salad with yoghurt and caramelised butter.

Another big part of Lebanese cuisine are those delicious sweets with nuts and honey and pastry.

Of course we adore baklava, but we do not make them. Our puddings seldom change but they are much loved: Chocolate and apricot tart, yoghurt cake with pistachios and pomegranates, and ice creams such as Malaga raisin ice cream with Pedro Ximenez sherry, or rosewater and cardamom ice cream. 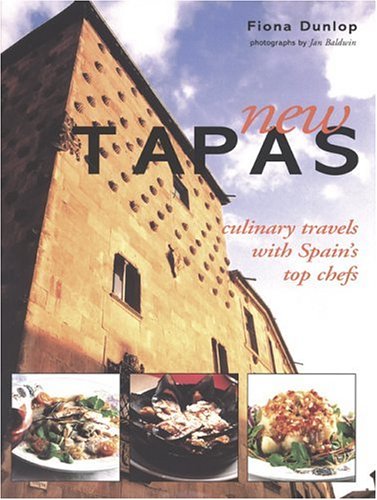 Fourth, we move into the world of tapas with Fiona Dunlop’s new book.

We have just opened a tapas bar, Morito, next to our restaurant Moro, so we are very interested in little dishes at the moment. Actually, our food lends itself very well to that. A lot of it originated from tapas and mezze dishes anyway. In this little book, she travels around Spain and features some of the best tapas bars. It has a modern twist because there is a new modern wave in Spain.

Tapas is traditionally things like jamon de serrano and tortilla – what does the new wave involve?

They have very classy, chic tapas now. I am just about to take some of my chefs to San Sebastián and the Basque country to see what is going on there. The new wave involved things being lighter, and more stylised and finessed.

There is a real mix and juxtaposition in Spain of the classic, rooted Spanish food – which at best is wonderful in its simplicity – and the wave of food influenced by Arzak [a restaurant in San Sebastián] and [the Catalan chef] Ferran Adria, that has inspired a modern twist in this generation. When done well it is brilliant – but when not it really doesn’t work.

What is your favourite tapas bar from her book?

There is a bar in Seville called Casa Blanca. They have chicharrones, which is pork belly cut up into cubes, all crispy and chewy – then they sprinkle lemon juice and cumin on top. It’s delicious. 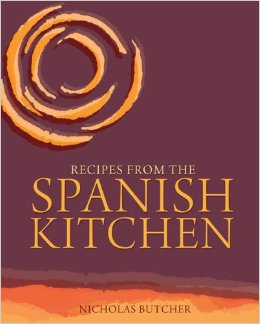 It sounds it. Your final book is The Spanish Kitchen by Nicholas Butcher, which has been a favourite for many years.

It is a very affectionate personal account of his life in Spain. It is not your normal classic cookery book. There is a lot of chat and interesting little ideas. We have had this book for years, and it was one of the books that we learnt from early on. It is a very well thumbed book.

Do you have a favourite recipe from it?

He talks about the calzotada – which are amazing things, like half a spring onion and half a leek, that grow in Catalonia. Every January or February they have festivals where they cook hundreds of these calzots outside, on charcoal. You eat them with a classic romesco sauce, which is a pepper and almond-nut sauce. Just reading that recipe makes me hungry to go and see them being cooked. Now we can actually buy this vegetable here in the UK and do something similar in our restaurant.

Is it a lot easier to get your ingredients than when you first started the restaurant?

Yes, from both Spain and the Middle East.

Has the Arab Spring affected your views of or access to the area?

We have always had a very deep-rooted passion and love for that area. We went to Syria last year, Lebanon this year, and it is absolutely tragic what is going on. We have never made it out to Iran, but would love to go there. The people are so generous and kind. Often the picture which is painted is very different from the reality.

Samantha Clark and her husband Samuel Clark are award-winning chefs and cookery writers. They have both cooked at leading restaurants such as The River Cafe. Sharing a passion for Moorish cooking, they joined forces to open Moro restaurant in London in 1997. The restaurant was voted Best Restaurant in 2009's Observer Food Monthly Awards. In 2010 the Clarks opened their second venture, Morito, an intimate tapas bar. Together, they have written three cookery books

The Best Cookbooks Food & Cooking Mediterranean Spain
Save for later

Samantha Clark and her husband Samuel Clark are award-winning chefs and cookery writers. They have both cooked at leading restaurants such as The River Cafe. Sharing a passion for Moorish cooking, they joined forces to open Moro restaurant in London in 1997. The restaurant was voted Best Restaurant in 2009's Observer Food Monthly Awards. In 2010 the Clarks opened their second venture, Morito, an intimate tapas bar. Together, they have written three cookery books 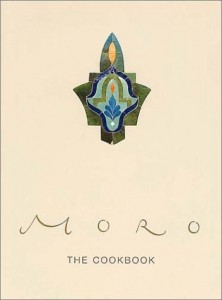 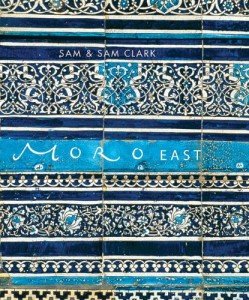 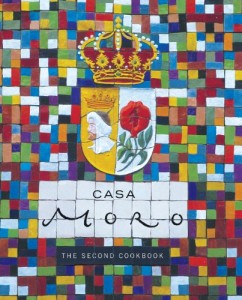 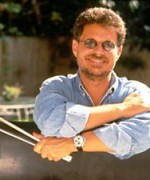 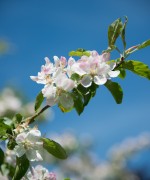 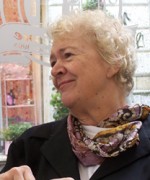 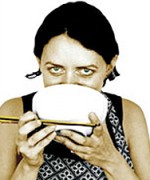 Boarding schools make great settings for novels, says Anbara Salam, author of new coming of age drama Belladonna. The combination of immense privilege with the claustrophobia of a closed society can create an intense pressure cooker atmosphere in which characters might be forged.