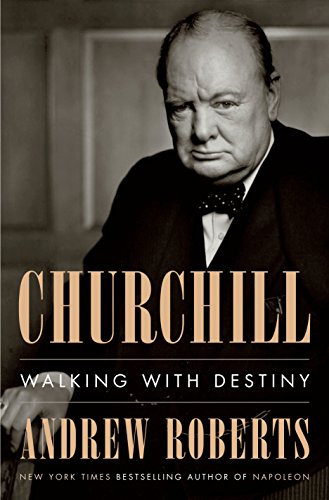 If you’re looking for just one book about Winston Churchill, and especially about his role in World War II, Churchill: Walking with Destiny by Andrew Roberts is the book for you.

Andrew Roberts is a brave man to publish a new single volume biography of Churchill. One could be forgiven for thinking the ever burgeoning Churchilliana industry hardly needs another. Roy Jenkins produced his widely acclaimed volume less than twenty years ago. In the two decades since Jenkins published his Churchill, the Churchill industry’s productivity has continued to rise exponentially, with books produced on every aspect of Churchill’s life.

Jenkins brought a unique perspective to Churchill’s life, since, as an MP, former Home Secretary and Chancellor of the Exchequer he had stood in the same shoes as Churchill and had had to view the world through the same spectacles. And yet that was, perhaps, a limitation of sorts. What Roberts conveys in a way that Jenkins did not is the central place that war and combat played not just in Churchill’s career, but in his whole character, personality and imagination.

Churchill wrote that when he became prime minister, “I felt as if I were walking with destiny, and that all my past life had been but a preparation for this hour and for this trial”. Roberts illustrates throughout this long and thoroughly researched book that was no literary flourish. It was a bald statement of fact. He felt it then, but he had presentiments of that moment years before as a school boy. While at Harrow he told a friend that he had had a dream that in his lifetime England would be under attack and that he would play a central role in the defence of the capital.

After that, with boundless energy, enthusiasm and courage, Churchill sought out the places where the fighting was thickest, whether on the North-west Frontier, South Africa or the Sudan.  As a young home secretary in Asquith’s government he can take credit, with Lloyd George, for laying the foundations of the welfare state, but it was his work in his next post as First Lord of the Admiralty, ensuring that the Royal Navy was prepared for war in 1914, that was the job that really gripped him. Churchill was the complete master of his brief at the Admiralty, taking a keen interest in the latest developments in battleship technology and acquiring an almost geeky knowledge and understanding of their guns. Early on in his career Churchill took part in the last cavalry charge by the British army, at Omdurman. He ended it, as prime minister, wrestling with the strategic and moral implications of nuclear weapons. Roberts illustrates how a fascination with how technology could transform warfare was a constant concern of his political career and one of the many factors that raised him above the common run of politicians.

Of the two great “mistakes” of his political career, Gallipoli, when he was still at the Admiralty and returning Britain to the gold standard in the 1920s, the defeat at Gallipoli was by far the most personally painful. When he resigned from the cabinet as a result of that debacle, rather than retiring to the backbenches, he went to fight in the trenches on the Western Front. It’s hard to imagine a cabinet minister doing that now.

Everyone knows about Churchill’s magnificent speeches during the Second World War, but Roberts gives a great sense of his other political gift, his prodigious powers of administration. Churchill got through the work of prime minister with extraordinary dispatch and with rigorous systems of prioritisation. He also criss-crossed the world frequently to meet Allied leaders. It would have been a gruelling regime for anyone. Churchill was a man in his late 60s during the war, who smoked endless cigars and drank copiously. There was something superhuman about him and you begin to understand, on reading this book, why Churchill clung to high office into his 80s. Those around him must have seemed like pygmies.

There is less in this book on Churchill’s private life, on his children, his relationship with his broader family, or on his later life, sunning himself on Aristotle Onassis’ yacht. None of that is really part of the story Roberts is trying to tell. That side of Churchill’s life is intriguing, too, but as a single volume life, this is probably the balance and focus that Churchill himself would have wanted.

Other books by Andrew Roberts 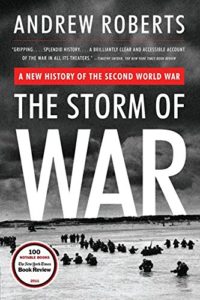 The Storm of War: A New History of The Second World War
by Andrew Roberts 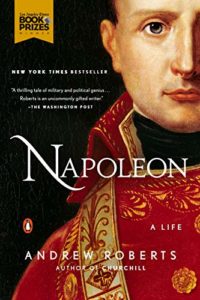 Napoleon: A Life
by Andrew Roberts 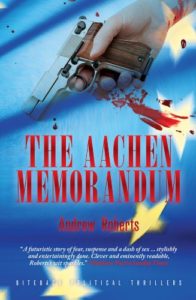 The Aachen Memorandum
by Andrew Roberts