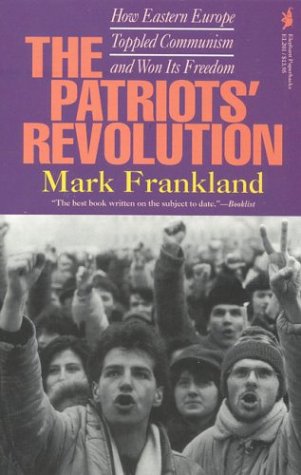 This was one of the first books on 1989 and was published soon after the revolutions, in about 1992. As you can see from the title, Frankland’s point is that, whatever else they were, these were patriotic revolutions. The mistake of some journalists both then and now is to portray the revolutions as a simple victory of capitalism over communism. Economic freedom, the desire for goods that had been unavailable, was part of it, but only a part of what patriotism and democracy would bring.