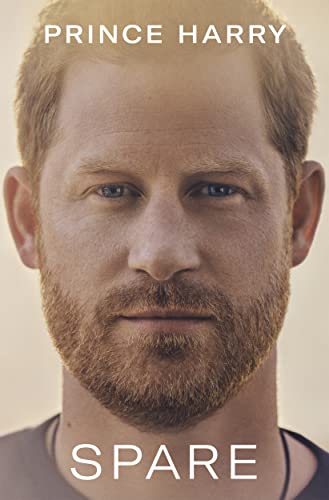 by Prince Harry the Duke of Sussex

Spare by Prince Harry, Duke of Sussex, has sent the British media into a frenzy. It’s a revealing book, including everything from how Harry lost his virginity to how he killed 25 people in Afghanistan. As one of the BBC correspondents commented, to say this is a tell-all book would seem to be an understatement. Above all, what is revealed is a very angry man—perhaps not surprising for someone who lost his mother at age 12 as she was being chased by photographers and has had to grow up in the public eye as part of an extremely privileged but also very formal family. The title of Harry’s memoir is from the phrase ‘an heir and a spare.’ For British aristocratic families, with the inheritance of vast tracts of land and property at stake, the idea was that you needed two sons, an heir and a spare, just in case the eldest one died. According to Harry’s book, it’s also what Prince Charles, now King Charles III, said to his wife Diana when Harry was born.