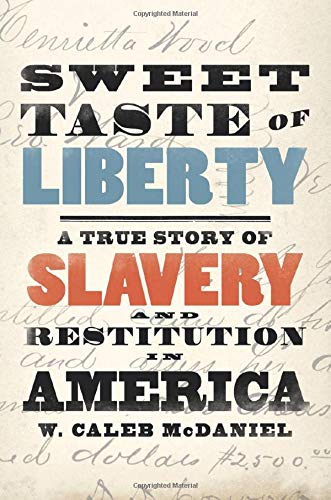 Sweet Taste of Liberty: A True Story of Slavery and Restitution in America

Sweet Taste of Liberty tells the story of Henrietta Wood, an enslaved woman who was granted her liberty in 1848 but was tricked and kidnapped and had to fight for her liberty once again. What’s interesting is that Caleb McDaniel, a historian at Rice University, is able to tell her story partly in her own voice, by means of interviews that she gave. After the American Civil War, Wood sued her kidnapper successfully. She received only a fraction of the money she asked for but, according to McDaniel, the award “remains the largest known sum ever granted by a U.S. court in restitution for slavery.”