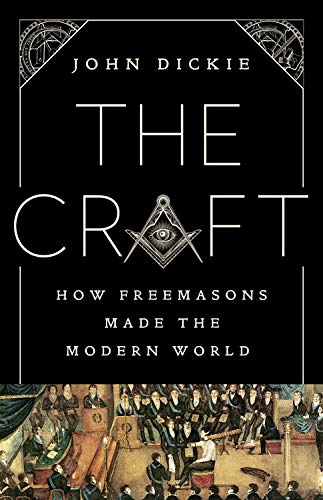 The Craft: How the Freemasons Made the Modern World

“I realized there was a fantastic world of stories to tell, once you got past the only two narratives that seem to be in circulation about the Freemasons” —John Dickie

In The Craft John Dickie, a leading expert on the Italian mafia, looks at the world of Freemasonry. Many of us associate the Freemasons with weird handshakes, strange rituals and possibly behind-the-scenes world domination. But truth can be stranger than fiction…

A few years ago they arrested a fugitive Sicilian mafia boss in Uxbridge, on the outskirts of London. I was invited onto pretty much every BBC radio show to explain the basics of the mafia. As I have done here, I defined Cosa Nostra as a kind of Freemasonry for criminals—that’s how mafiosi themselves think of it. When I got home, I found an email from the head of communications of the United Grand Lodge of England (based in that big building in Covent Garden), inviting me in for a bit of a chat! Anyway, I went along happily, the misunderstanding was cleared up, and I was fascinated by what I saw and heard there. I realized there was a fantastic world of stories to tell, once you got past the only two narratives that seem to be in circulation about the Freemasons: 1) it’s a noble tradition of brotherhood and idealism (the Masons’ own view); 2) it’s all a seedy conspiracy of mutual back-scratching, or even of corruption (the idea that people like me grew up with—and that is very widespread worldwide). The reality is that these two narratives only represent a tiny part of the fascinating world of Freemasonry and its influence. Five years later, the result of all my research is The Craft: How the Freemasons Made the Modern World.

Insiders call it ‘the Craft’. To the rest of us, Freemasonry is mysterious and suspect. Yet its story is peopled by some of the most distinguished men of the last three centuries: Winston Churchill and Walt Disney; Wolfgang Mozart and Shaquille O’Neal; Benjamin Franklin and Buzz Aldrin; Rudyard Kipling and ‘Buffalo Bill’ Cody; Duke Ellington and the Duke of Wellington.

Founded in London in 1717 as a set of character-forming ideals and a way of binding men in fellowship, Freemasonry proved so addictive that within two decades it had spread across the globe. Masonic influence became pervasive. Under George Washington, the Craft became a creed for the new American nation. Masonic networks held the British empire together. Under Napoleon, the Craft became a tool of authoritarianism and then a cover for revolutionary conspiracy. Both the Mormon Church and the Sicilian mafia owe their origins to Freemasonry.

The Masons were as feared as they were influential. In the eyes of the Catholic Church, Freemasonry has always been a den of devil-worshippers. For Hitler, Mussolini and Franco the Lodges spread the diseases of pacifism, socialism and Jewish influence, so had to be crushed.

Professor Dickie’s The Craft is a surprising and enthralling exploration of a movement that not only helped to forge modern society, but still has substantial contemporary influence. With 400,000 members in Britain, over a million in the USA, and around six million across the world, understanding the role of Freemasonry is as important now as it has ever been.

Hodder & Stoughton, publisher's blurb on The Craft, by John Dickie.

Other books by John Dickie 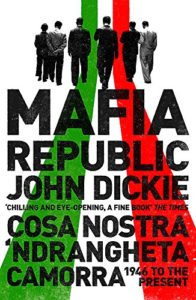 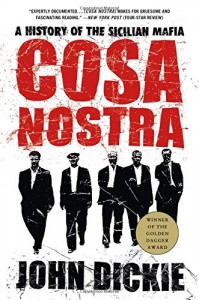 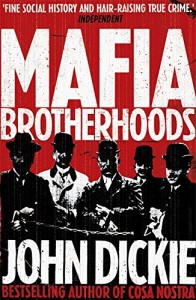 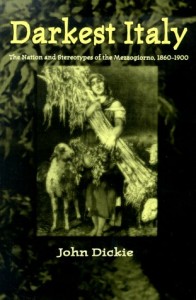 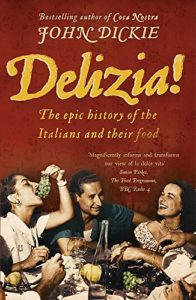